Has a commercial or military jet bi-plane ever been manufactured?

Are there any, or have there ever been any commercial/military jet bi-planes?
What would be some of the major advantages vs disadvantages if one was built?

I present to you, the Belphegor, a jet powered, crop-dusting, biplane. I think I need not say that this is a Soviet Bloc design, from Poland in particular. 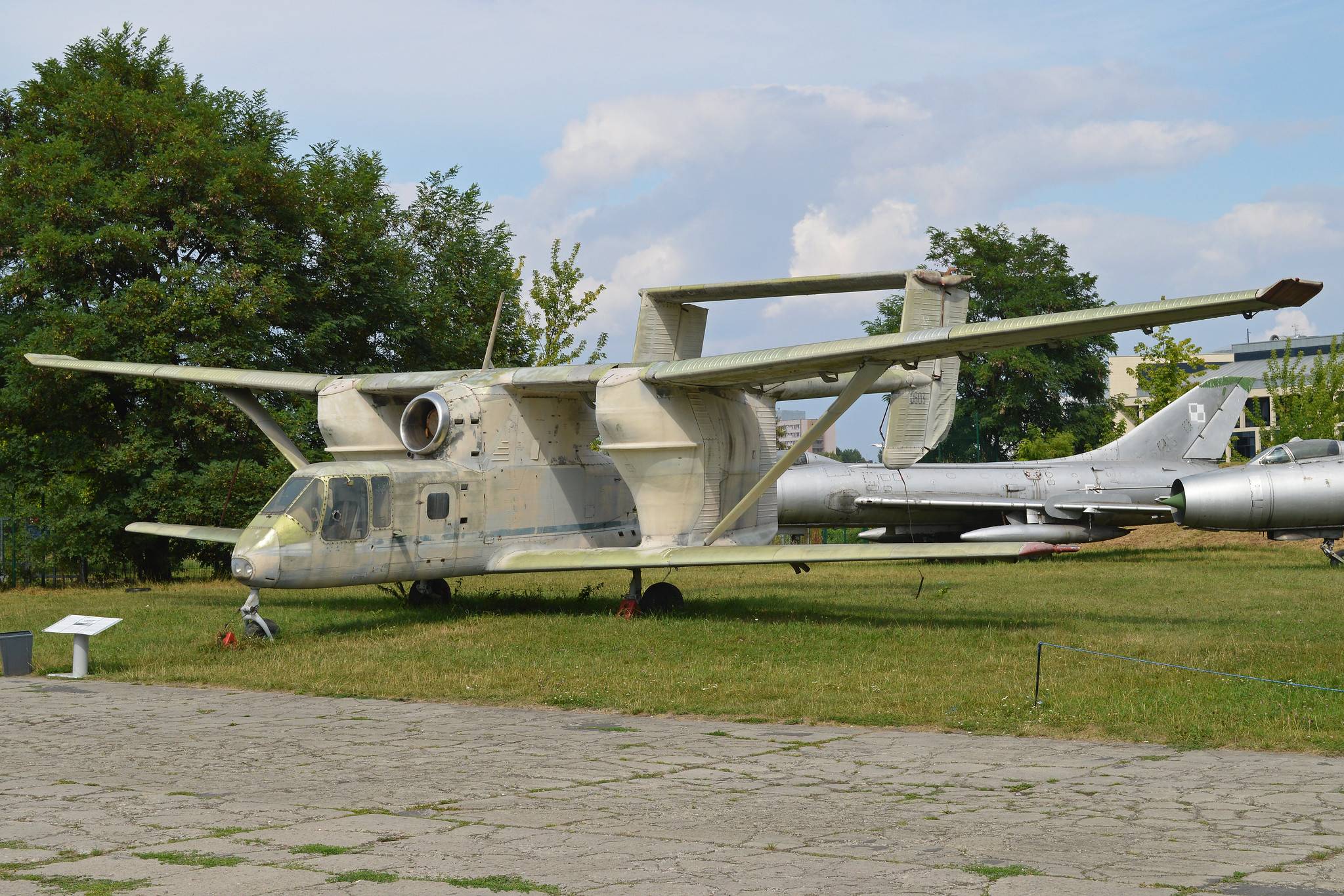 Note the braces between the wings acted as tanks for whatever chemical agent it would be dispensing over the kolkhozy. It was not very successful due to a host of disadvantages, including:

On the other hand:

A military jet-powered biplane was the I-153DM Chaika, which was adapted by strapping a couple of ramjets underneath each wing. (DM = Dopolnityelnyi Motor – supplementary engine). 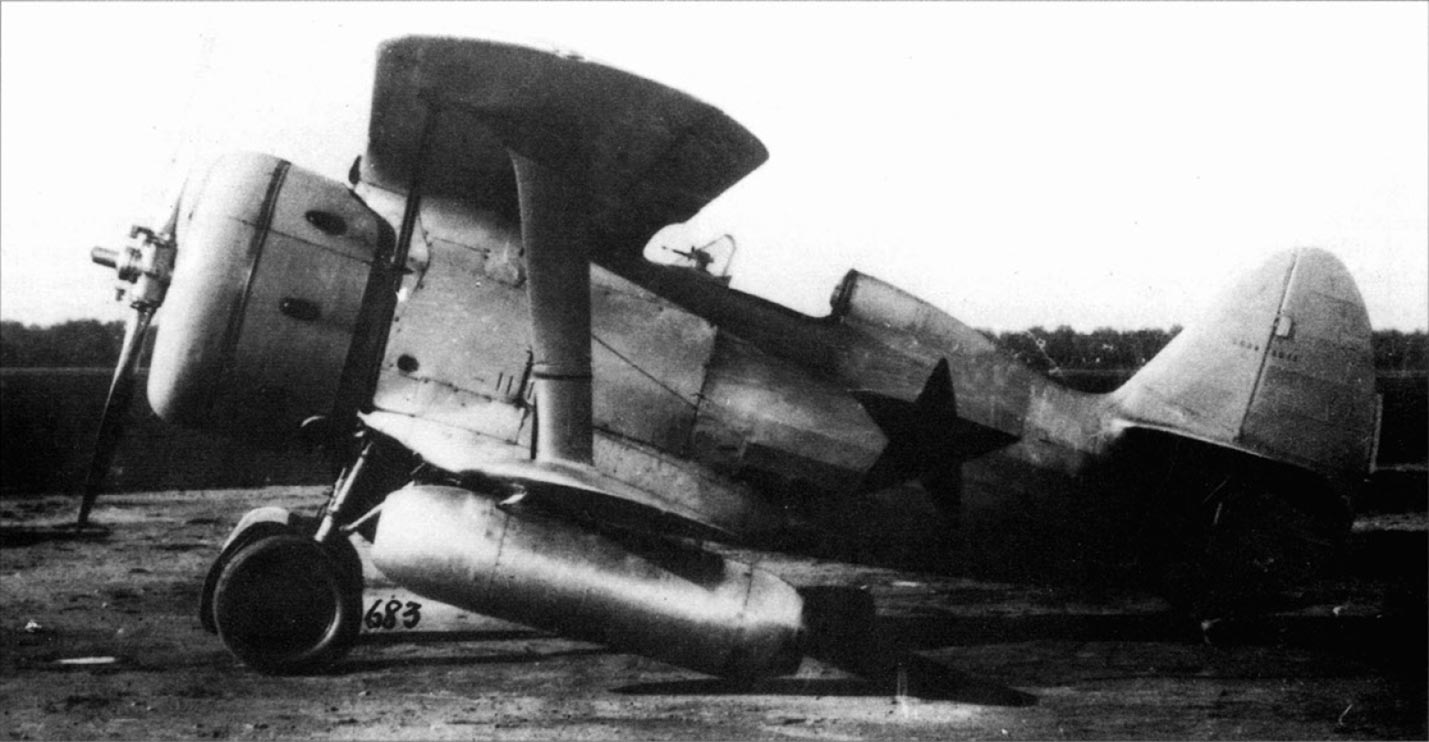 The I-153 was a development of the Polikarpov I-15, an advanced fighter when it debuted in 1933. The I-153 sought various improvements, including retractable undercarriage, but even so by the start of WW2 it was no match for its opposition.

The Russians were pioneers in ramjet technology, and in December 1939 the designer I.A. Merkulov tested the addition of DM-2 and later DM-4 jets to a ski-equipped I-153.

There was little immediate advantage: the jets yielded only an extra 50kph at best. The disadvantage was that in standard flight the extra drag made the little plane rather slower. However, it is notable that this was the first ramjet powered flight.

Over 70 flights were completed with the I-153 variants. It is reported that Merkulov also tested the DM-4 in a similar configuration on the Borovkov-Florov I-207 biplane prototype. source 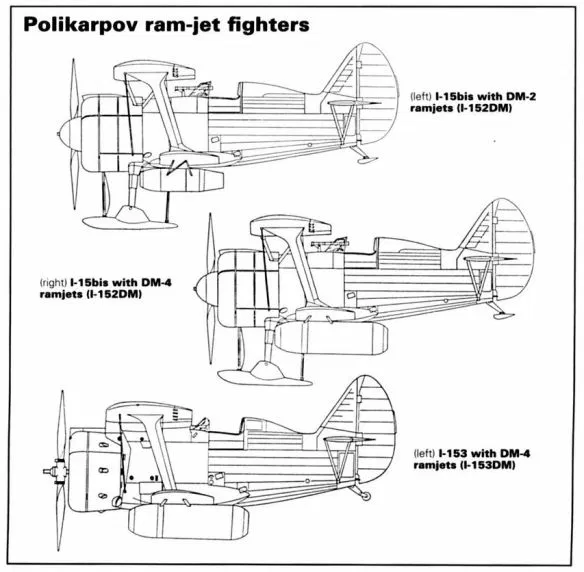 33
What is the use of this jet aircraft with tanks between biplane wings?

24
In what way are the Concorde's engines considered efficient?
5
What are the advantages and disadvantages of have the wing positioned further aft on an airplane?
11
Is starting a jet engine without ground support possible?
6
Why hasn't there ever been a large 4-engine commercial airplane with 2 engines on the wings and 2 engines at the tail?
15
What are the disadvantages of a delta wing biplane design?
41
What is the largest plane ever to have been stolen by a single pilot?
4
What is the lightest weight operational jet/turboprop fighter ever deployed in combat?
20
What means of navigation did commercial Soviet airplanes use in the 50s-90s?
4
Why was the Sikorsky Firefly built but never flown?
6
Did the jet stream really stop the B-29, or was it just bad luck?