Can this aircraft be identified by the exposure pattern of its flashing lights?

Can the aircraft on the attached photo be identified from the light pattern? While photographing this globular cluster (M 13) in Hercules, an aircraft passed through the FOV. 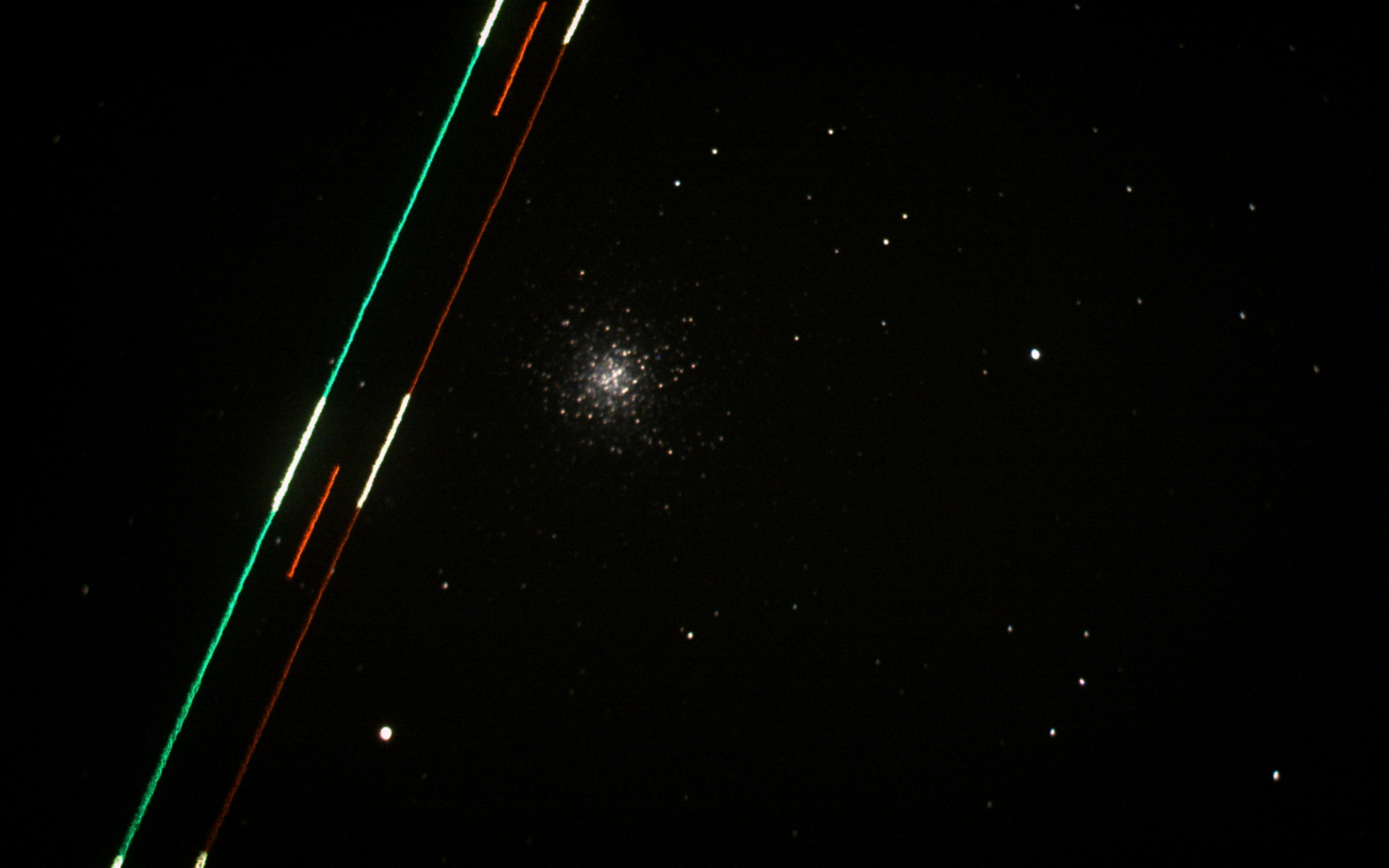 The width between the outer lights is 3 arc minutes and the exposure time was 15 seconds.

No, based on the exposure pattern I can't identify the aircraft. But based on the other information you gave, I can. It's an Embraer 175, registration N287SY.

After looking up the exact position of the M13 Globular cluster at the time the photograph was taken, I found that the telescope had to be facing to 64 degrees (East-Northeast), with an elevation angle of 28 degrees.

I used in-the-sky.org to find the position of the M13 cluster. 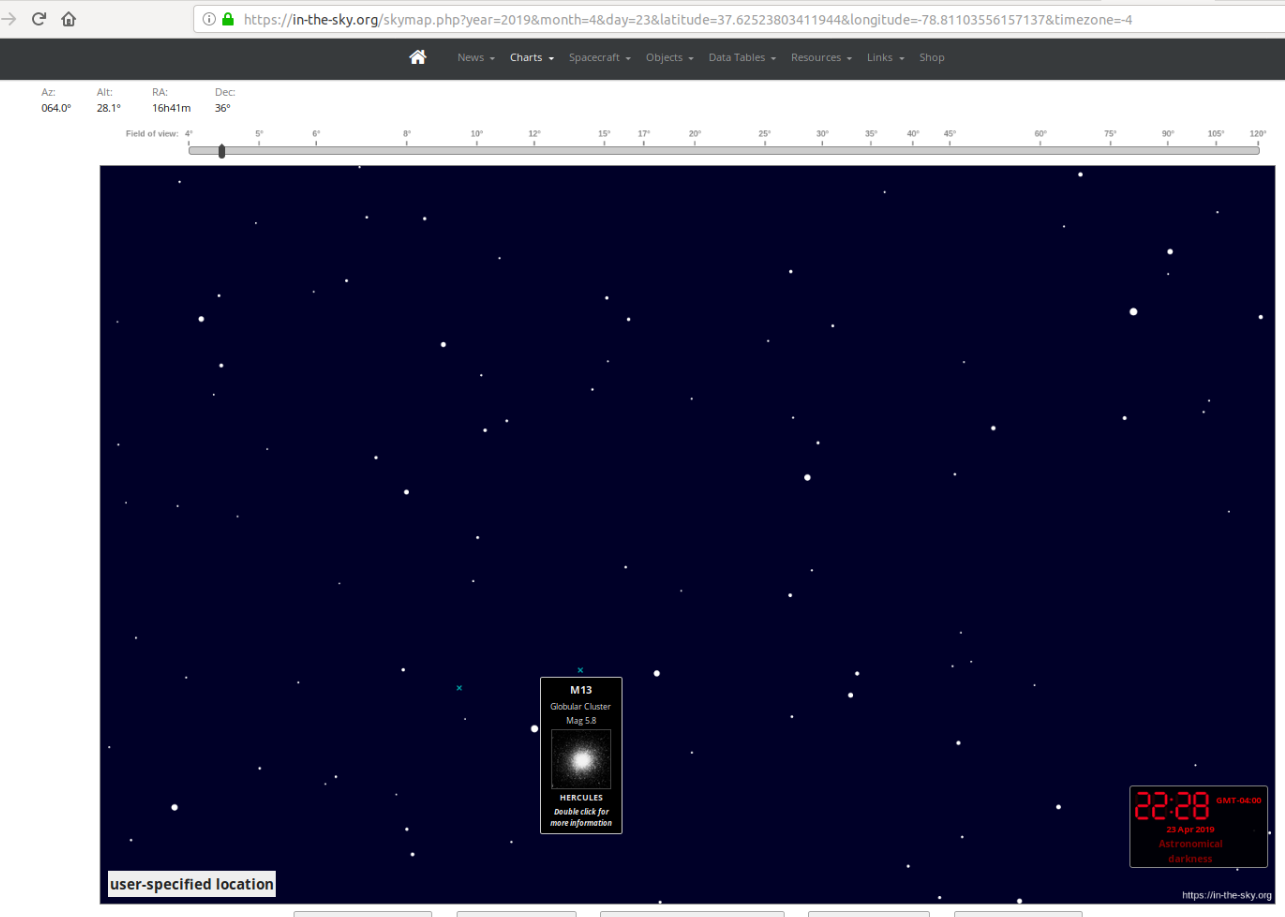 I then drew the geodesic from James River State Park in a heading of 64 degrees I used academo.org to draw the geodesic on the map 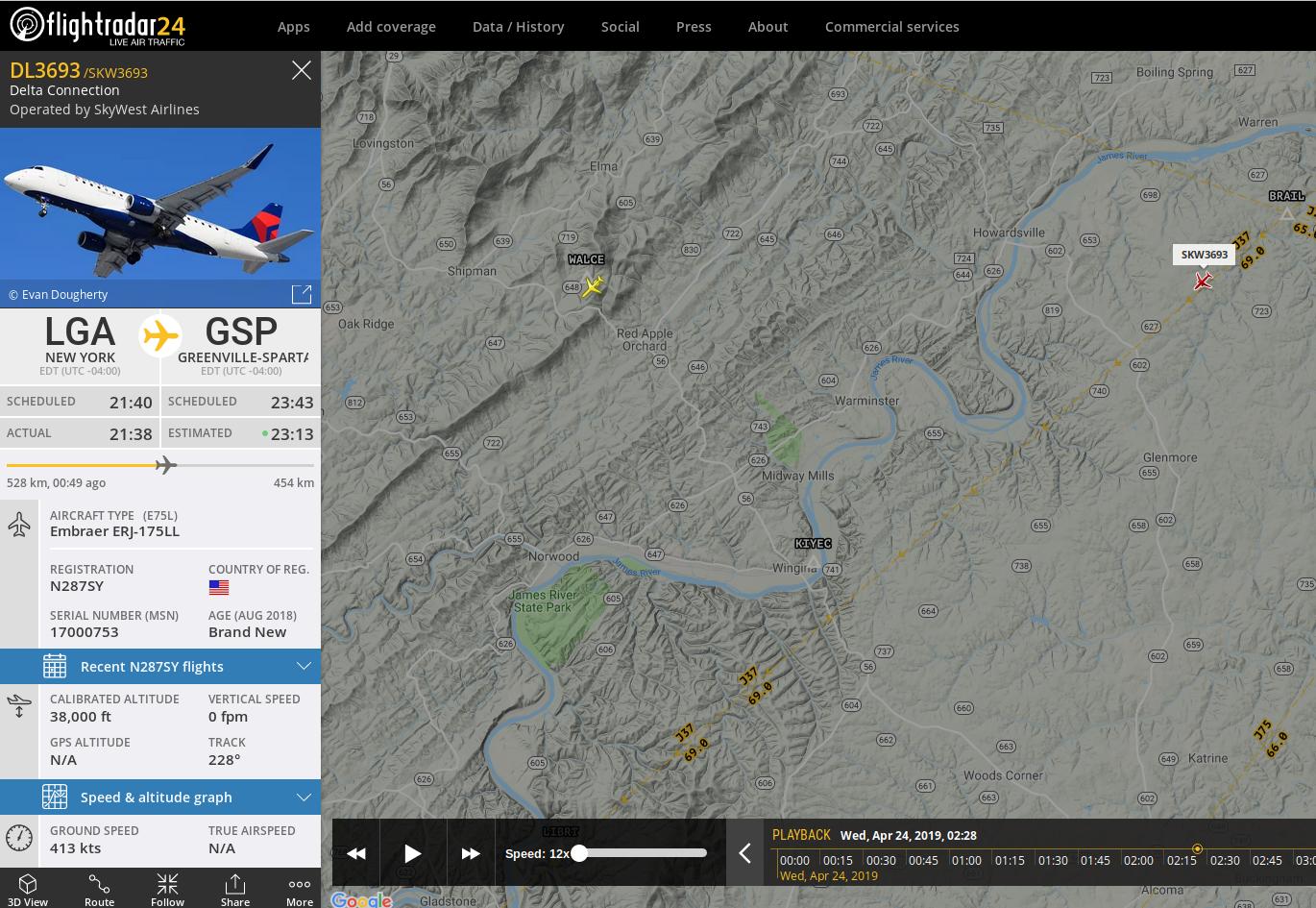 then we can calculate that the aircraft would be approximately 21.5 km horizontally away.

Measuring that out on Google maps gives the following: 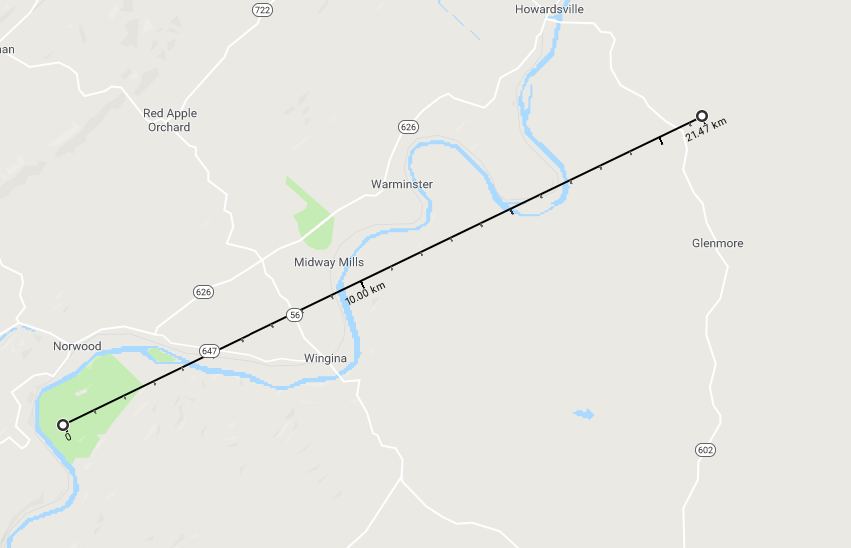 That measurement is perfectly in line with the flight path of the Embraer 175.

The span is 26 meter, I assume the lights are at the wingtips (they are not). The distance between the traces is thus expected to be 3.5 arc minutes. Close enough!

All civil aircraft flying at night are required to have navigation lights and anti-collision lights.

Anti-collision lights can be white strobes on both wingtips, a red (or white, for very old light planes) rotating or flashing beacon, or both strobes and beacon. The beacon and/or at least one strobe should be visible from all angles.

Therefore, all planes will look roughly the same at night. If you knew the exact altitude, you could calculate wingspan (from the distance between the navigation/strobe lights) and the ground speed (from the distance it was moving), which may imply the class of plane, but neither measure will be precise enough to distinguish a specific model or even make.