What should a pilot do upon reaching a Missed Approach Fix when holding instructions are not given?

However, the ILS 20R approach at John Wayne Airport (KSNA) has only a fix as the last element of the Missed Approach Procedures. The textual procedures say:

The graphical representation of the Missed Approach Fix only shows the radials and DME used to identify the fix. It does not have a depicted holding pattern. 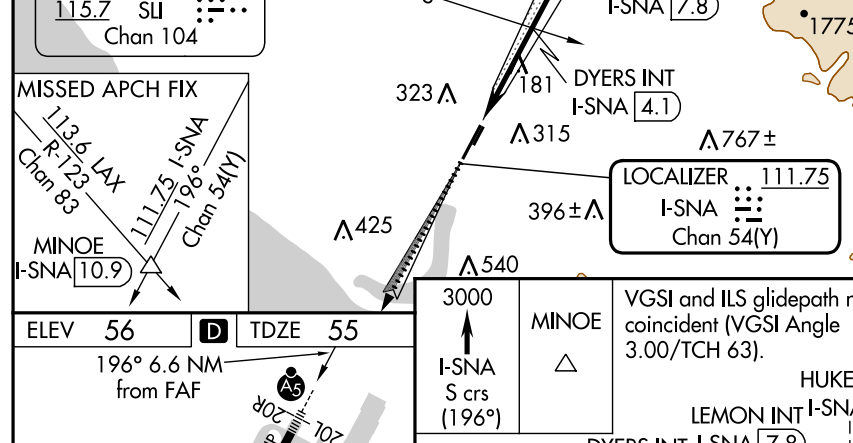 What should a pilot do upon reaching MINOE, in absence of other ATC instructions?

The clip doesn't show it, but you must be looking at an RNAV approach chart for 20R. The ILS charts for 20R show the holding pattern in the plates. Since RNAV states "Radar Required" if the pilot doesn't get further instructions he/she should immediately ask for them.

Not the answer you're looking for? Browse other questions tagged instrument-procedures missed-approach or ask your own question.

27
If there is a misprint on an instrument plate, is a pilot required to comply with it?
8
How do you enter the hold after a missed approach at Riohacha (SKRH)?
19
During instrument approach, is an abbreviated racetrack course reversal allowed?
10
In what portion a non-GPS approach, can a pilot legally fly with GPS as primary navigational resource?
5
How soon can I start my turn after reaching the missed approach point, when missed approach procedure calls for a climbing turn?
6
Procedure turn/hold required on this approach?
0
Does a hold-entry count as a hold for instrument currency?
3
Why does this holding pattern have both minimum and maximum altitudes published?
9
What should I do if I intercept the glideslope before reaching the final approach fix?