Why was the Spitfire's elliptical wing almost uncopied by other aircraft of World War 2?

The Spitfire was one of the most successful designs of its day, with flying qualities of a similar standard to the other best designs of the era. In its decade of production from 1936 it grew bigger, stronger and faster.

Yet there seems to be almost no appetite from any of the major aircraft-manufacturing powers to emulate its most iconic feature. In fact, there is only one mass-produced aircraft of that time with an elliptical wing, the American P-47 Thunderbolt. Nothing German or Japanese, and nothing more from the British either.

In a period where every manufacturer was trying to gain every last bit of advantage, it seems odd that a prime design feature attracted so little appetite to copy.

There are good explanations here on the aerodynamics or performance of the elliptical wing. Why is it so rare when it demonstrably works so well? 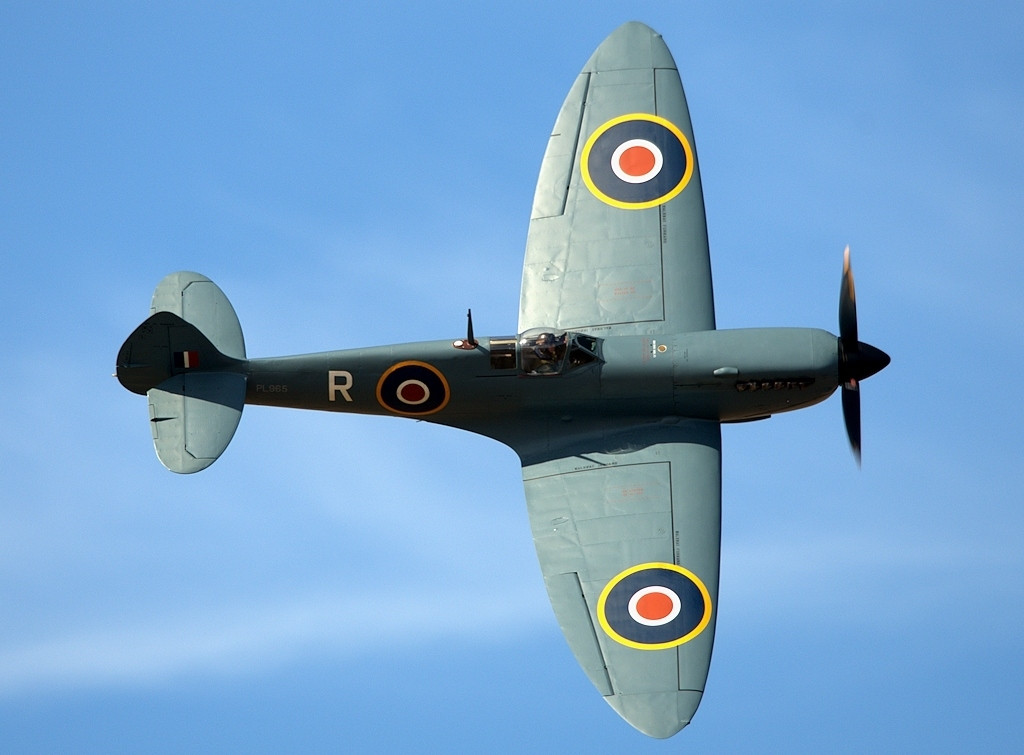 Interestingly, I couldn't find an answer to this question on the website, but I've found an answer of Peter Kämpf on Quora. He brings forth the same arguments I wanted to mention, so I'll repeat them here.

Elliptical wings are very good - aerodynamically. If you want to minimize induced drag for a given lift requirement, you end up with an elliptical wing.

But a plane is not only aerodynamics. You also have to consider:

An analysis of how the design of a wing changes if you include the structural requirements was done by Jones and can be found here.

Well the short answer is the elliptical wing was used on a lot more aircraft than this article lets on.

The following all used an elliptical wing and there are others too:

Short answer: Elliptical wings are too expensive to manufacture. A trapezoid wing with a defined geometric or aerodynamic twist can get very close to an elliptical lift distribution (optimal lift distribution over the wingspan, therefore the primary goal of the wing design).

A lot of planes still use elliptical wings - sort of.

What the maths tell us is that the most efficient wing configuration for a given wing span should have an elliptical lift distribution*. The most obvious way to implement this is to make your wings elliptical.

But aircraft designers learned from the experience of manufacturing the Spitfire that elliptical wings are more difficult to manufacture leading to increased cost and manufacturing time.

So later in the war when resources became tight and everyone assumed that they were racing the Germans to build better, faster planes designers deliberately chose to use straight wings to ease production and reduce costs. The P51 Mustang was designed this way.

So a lot of planes still use elliptical wings. Especially when fuel economy is one of the main driving design objective. It's just that they don't look elliptical.

The main drawback of the Spitfire's elliptical wing was the the amount of labour required to build it. Overall the Spitfire required about five times as many man-hours to build as the nearest German equivalent, the Messerschmitt Bf 109.

Not the answer you're looking for? Browse other questions tagged aircraft-design wing spitfire or ask your own question.