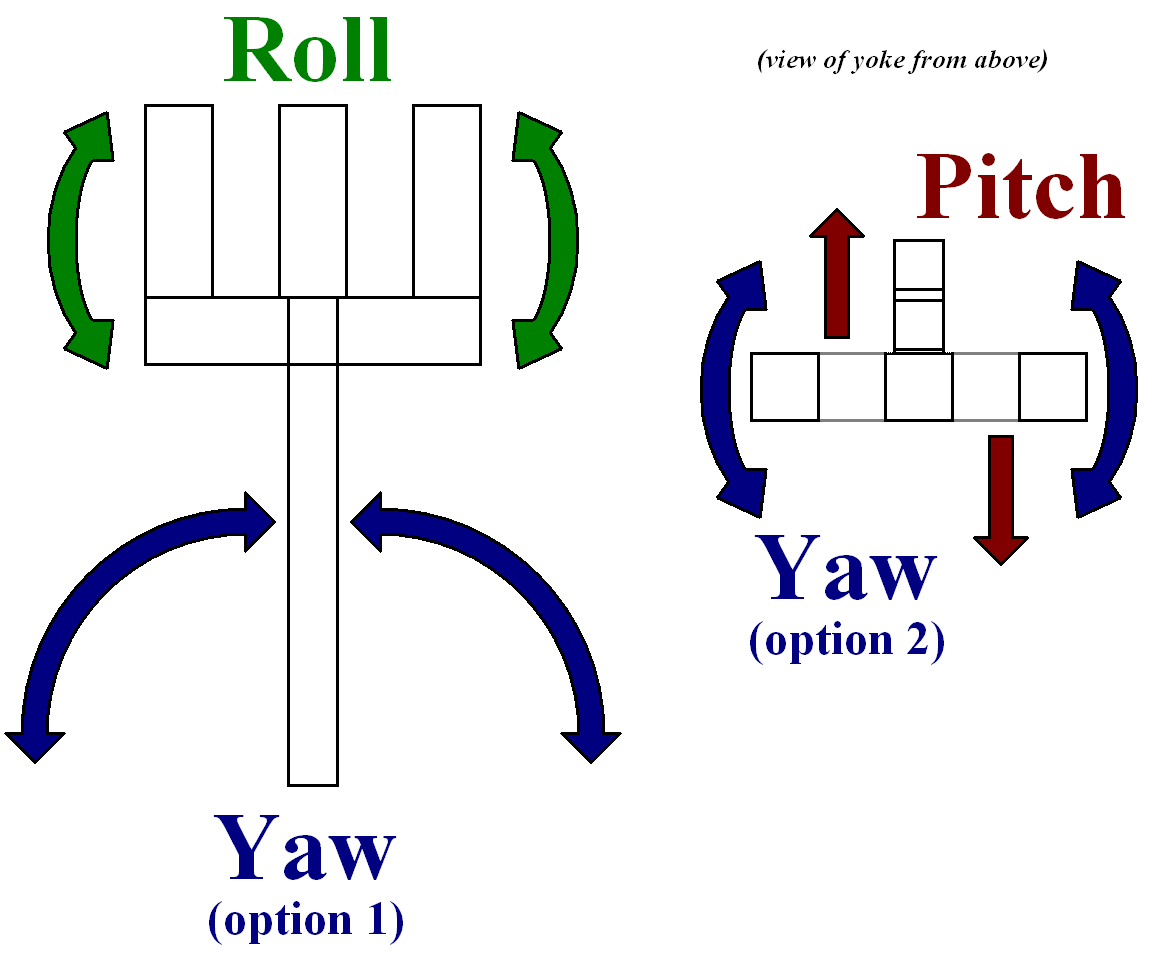 18
Did any aircraft ever use stick twist for rudder control?

6
Why Pitch Trim Up/Down & Roll Left/Right switches on yoke or control stick?
1
How to control yaw in stick aircraft?
5
How is a sideslip maintained (aerodynamically)?
6
Do aerodynamic forces and moments change aircraft pitch and yaw in the same way?
18
How do elevons work to roll a flying wing?
31
In the early days of flight, were there any cockpit control schemes other than the modern one?
9
Do fly-by-wire fighter aircraft automatically reverse the direction of control surface deflections during a tailslide?
7
Why does the A320 use the rudder for lateral control in mechanical law?
4
Why can't the 737 MAX's horizontal stabilizer autotrim be cut out by control yoke inputs?