Why doesn't Stratolaunch have connected tailplanes like it has connected wings?

As a complete layman, the design of the Stratolaunch airplane, especially when reminding myself of its size, seems too flimsy, in that the only connection between the two fuselages is the center wing. Apart from apparently trusting their materials and connections, what might the reasons have been for Dynetics engineers to not also connect the tailplanes? Also, are there no aerodynamic disadvantages to having that many more trailing edges (if that's the terminology used)?

There is indeed an Eigenmode possible on the Stratolaunch which does not exist on regular airplanes: If the two fuselages pitch in opposite direction, thereby twisting the center wing. If that happens at the torsional eigenfrequency of the center wing, flutter might be possible. 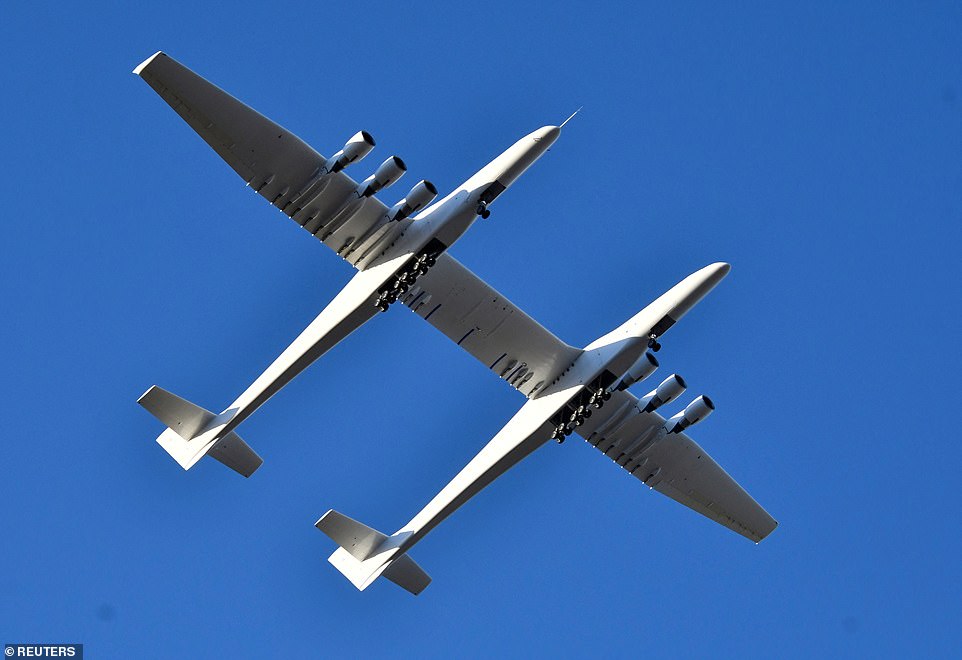 Given the pitch damping of the horizontal tails, however, this scenario is rather unlikely. I bet the elevators have plenty of mass balance to avoid this flutter case. Underbalanced, their dynamic response would support flutter, but overbalancing would dampen this flutter mode. Connecting the tails would not make much of a difference and would even reduce pitch damping somewhat in the above mentioned case. 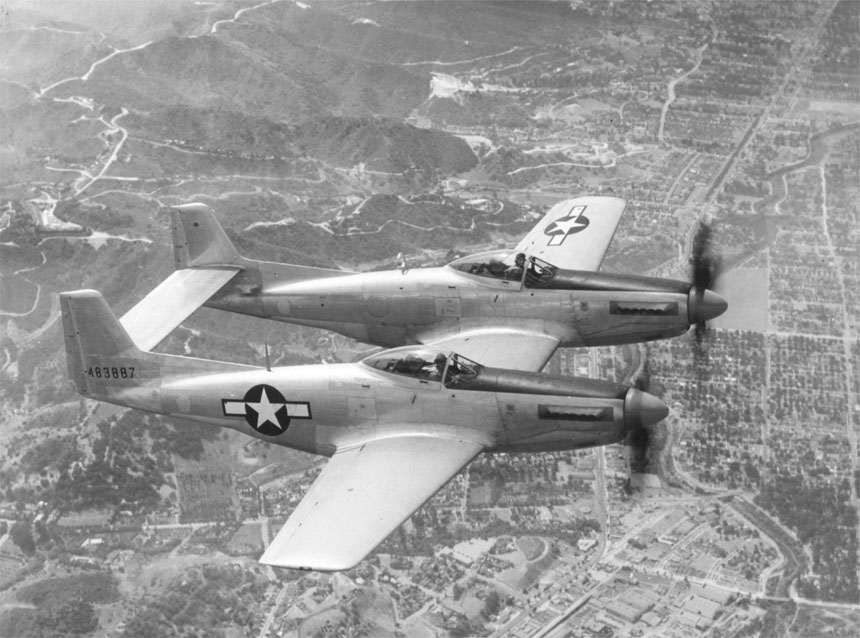 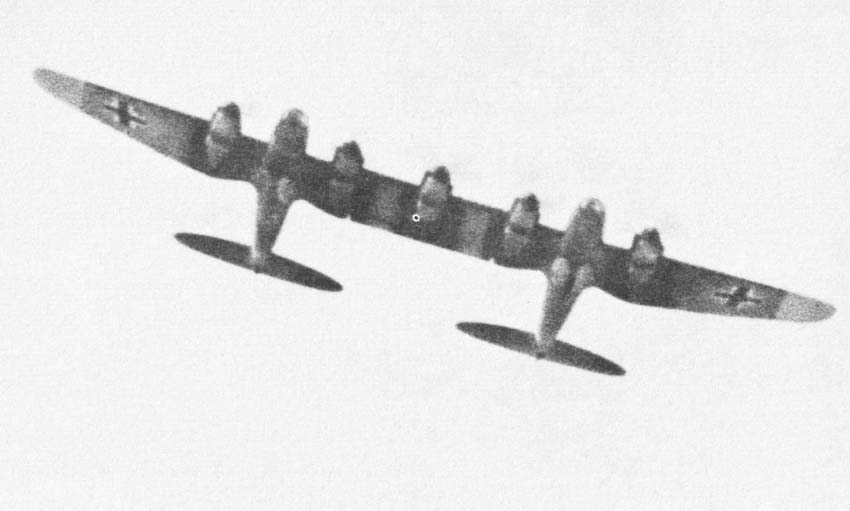 That's not how airplanes work. An airplane is the wing first, everything else just hangs on the wing in flight.

The correct way to look at an airplane is to imagine the wing without all the attachments, then add them one by one as weights. The engines are a semi-exception in that they also pull forward at their attachment points. The fuselages, on the other hand, are just fuel tanks, and also carry control forces from the tail surfaces.

Placing two heavy fuel tanks (fuselages) a considerable distance apart is much more structurally efficient for the wing than only placing one in the center. That's the reason it's done that way.
It's inefficient from the payload perspective (the payload, be it live or cargo, prefers one big tube), but the Stratolaunch carries its payload slung between the twin fuselages.

As for why the tailplanes aren't connected, the right question is "why should they be". There are multiple possible reasons for such a decisions, and a number of twin-boom aircraft where they are connected, often with a lifting surface that acts as a second wing. But the Stratolaunch is a twin-fuselage aircraft with conventional tails, and in this case it would cost a lot of extra weight to connect the tailplanes.

It's only on the ground that the aircraft rests on its wheels and the wing rests on the two fuselages. And indeed, a twin-fuselage arrangement does make ground handling more complicated, and on the ground the wing is subject to some forces arising from out-of-sync loads on the fuselages. But given this aircraft's mission, that's a minor concern.

Not the answer you're looking for? Browse other questions tagged aerodynamics aircraft-structures stratolaunch or ask your own question.

26
Why does a missile have small wings but better agility than a plane?
7
Why are modern aircraft wings often pointed instead being more rectangular?
14
Why doesn't ice form on the fuselage?
2
why do wings have high aspect ratios on commercial airliners?
53
Why are fuel tanks located in wings?
9
Why do cargo aircraft still have floors?
0
Why the Mig21 don't use the ailerons like control surfaces on delta wings at landings or take off?
16
If Space Shuttle flies “like a brick”, why does it need the wings?
1
Why did some Spitfire variants have their wings clipped?