On an A320, will the aircraft compensate for constant pilot rudder input?

As I understand from answers to the question What does rudder input control in normal law in an A320?:

This seems reasonable so that any asymmetry is automatically compensate. But what happen if this asymmetry is due to constant non neutral pedals'input?

Will the aircraft compensate for constant pilot rudder input? No.

It seems you're asking if a pilot can deliberately sideslip an A320 while in normal law (Gimli Glider style).

The answer is yes. The normal law won't fight back.

The question has been asked years ago on pprune.org, where one person replied:

The user is referring to the pilot being able to indeed induce it during a crosswind landing before touchdown (unlike pitch, there is no flare mode for roll/yaw).

But if you're like me, you'd want more proof. Sadly the proof comes from a 2012 incident where the captain was incapacitated and involuntarily pushed on the rudder pedal: 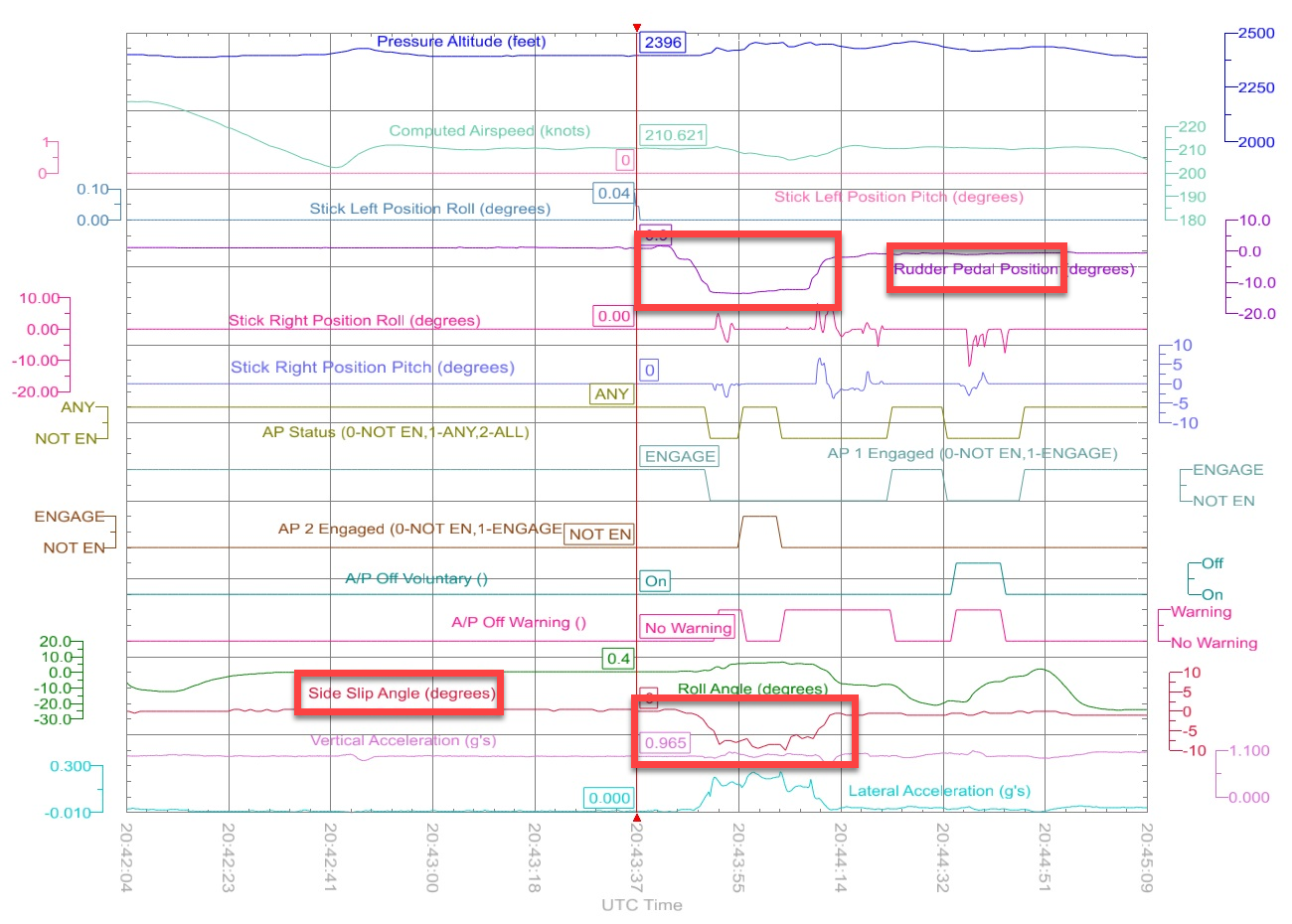 The relevant text from the final report reads:

Approximately seven seconds after the captain’s last attempt to communicate, autopilot 1 was disengaged by the co-pilot, at this time the travel of the captain’s right rudder pedal reached approximately 13 degrees, and the Aircraft started to sideslip. The co-pilot disengaged autopilot 1 when he decided to take over control after realizing that the Aircraft was side-slipping. However, after the autopilot disengagement, the captain’s right pedal was still being subject to pressure continuously while it maintained a position of 14±1 degrees for another 18 seconds.

Autopilot 2 was engaged by the co-pilot in order to reduce the workload, but after seven seconds, the co-pilot disengaged it due to, most probably, noticing the continuous input of the captain’s right rudder pedal, which put the Aircraft into a 10 degree sideslip, and to lateral acceleration that reached approximately 0.26 g.

After the 18 second period of constant pressure on the right rudder pedal, the rudder input started to decrease and the pedal returned to the neutral position within 11 seconds. During the 29 seconds from the captain's full coma until the pedals returned to the neutral position, the co-pilot was making continuous attempts to recover the Aircraft to straight and level flight manually.

Addendum: Note that the A320 normal law doesn't aim for zero sideslip, rather coordinated turns, i.e., when a roll is commanded with no pedal input. Also a pre-programmed partial rudder input is made when an engine fails, but the remaining required input is left to the pilot (to maintain the pilot's instinctive reaction). And finally yaw damping acts on the yaw-rate (oscillation) due to Dutch roll. None of which would (nor should) act against a pedal action (as the incident and crosswind landing technique demonstrate).

In yaw damping and turn coordination, the one-way artificial feel cancels any feedback on the pedals (and adds feedback when yaw trim is input), but a pedal action will always work the opposite way on the rudder.

The rudder of A320 is fully mechanical. So, the control laws do not govern its movements. In normal operations, the rudder is controlled by FAC (Flight augmentation computer) and it gives three main functions. They are:

These three functions are not fly by wire related. As a matter of fact, most modern conventional airplanes can perform all of these functions. Even the Dash 8 classics I flew a few years back, had yaw damping, turn coordination and rudder travel limiting.

When in flight even with auto pilot on, the rudder can be overpowered by the pilot and the computers would not intervene. And if you apply enough of a force, the auto pilot will disengage. In the event of FAC failure, the aircraft rudder can still be operated as long as you have hydraulic power. But the three rudder functions it provide will be lost. According to FCOM in a dual FAC failure, the rudder should be handled with care because the rudder travel limiter can no longer control the ruder deflection angle. 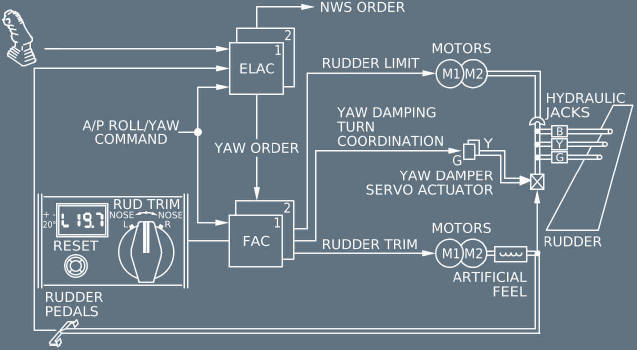 Now that the theory is cleared, I will try to answer your question. If a pilot applies constant rudder inputs in an A320, the aircraft will react to those inputs and the computers would not prevent the pilot from doing so. This is because there is a direct connection between cockpit pedals and the rudder and no computers in between. But constant fast rudder movements can lead to a very bad situation. Since the introduction of A300-600, Airbus started using variable stop rudder travel limiter systems. In a variable stop limiter, not only is the rudder deflection reduced with increasing speed, but also the pedal movement in the cockpit. This means, at very high speeds, very small deflections on the rudder pedals can generate heavy loads on the rudder and the vertical stabilizer itself. Basically, the rudder pedals become extremely sensitive at high speeds.

I am pretty sure you have heard about the American Airlines Flight 587 https://en.wikipedia.org/wiki/American_Airlines_Flight_587. According to the NTSB report, one of the reasons that caused the crash was the use of variable stop rudder travel limiters on Airbus aircraft. This was a factor that lead the pilot to unknowingly over control the aircraft (but there is no hard evidence for this). The FAA has been fighting with Airbus regarding this matter for years. But Airbus have not changed the system arguing that proper pilot training is what is required. But they brought a change and it was to give an ECAM alert if too much rudder input is detected. The ECAM comes with a warning light, an aural alert and a red "STOP RUDDER INPUT" message appears on the Primary flight display (PFD).

5
Is it realistic that a plane reacts very quickly to rudder input as shown in a MSFS video?
6
What does rudder input control in normal law in an A320?

4
How does auto-trim work on fly-by-wire aircraft?
12
What are the "channels" on the A320 Rudder Travel Limit Unit?
24
Do Airbus pilots have to practice flying in alternate law?
13
How are Airbus pilots trained for using the mechanical backup control systems?
7
Why does the A320 use the rudder for lateral control in mechanical law?
6
What does rudder input control in normal law in an A320?
12
What is the Space Shuttle's command law?
5
Why A320/330 use C* FBW control without speed stability?
5
Why do the A320’s primary flight controls have hydromechanical backups only for the rudder?
6
Why doesn’t the A320 have any provision for manual aileron trim?