What are the unusually-enlarged wing sections on this P-38 Lightning?

Halfway through this video of the Lockheed P-38 Lightning, there's an unusual-looking example. Notice the enlarged wing sections outboard of the engine bodies, and also how the cockpit fairing extends further aft than usual.

No other P-38 in that video has those features.

What were these devices (and their purpose)?

Also, what is all that gadgetry at the trailing edge of the port wing at its root (with respect to the port engine body), and also that L-shaped thing trailing behind? 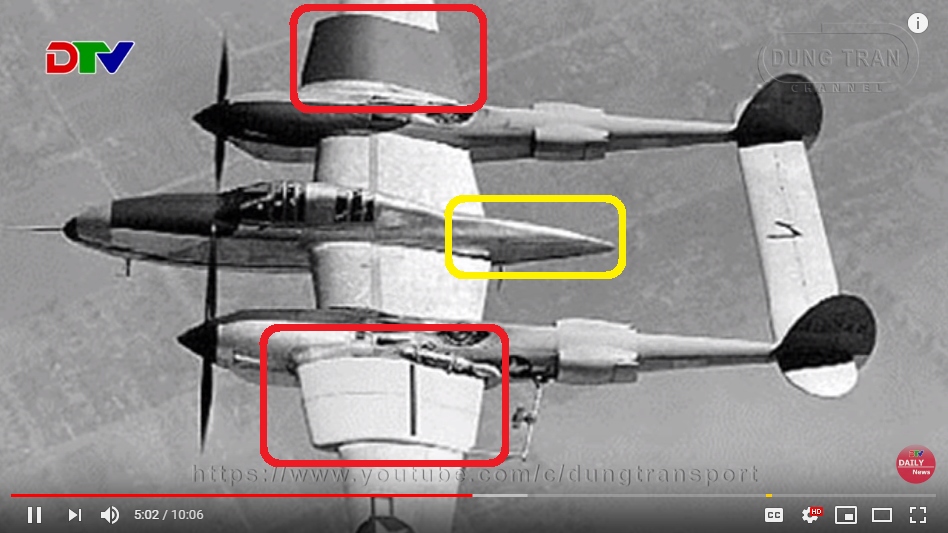 It was a test bed that was looking into laminar flow on the wings.

was converted in 1942 as a two-seater, with an elongated central nacelle extending aft of the wing trailing edge, intended as a research vehicle to find ways of reducing drag, and was the only P-38 to have have a full dual set of flight controls. Later it was modified with enlarged laminar-flow wing sections outboard of the engine booms, complete with slots and boundary layer control by means of exhaust bleed air.

There is some discussion on it here as well.

Not the answer you're looking for? Browse other questions tagged fighter feature-identification wwii lockheed or ask your own question.