What’s this vortex generator like thing below the wing?

In Barcelona’s El Prat Airport I saw some ceiling fans and noticed that they have on the lower part of the wings something that looks like a wingtip device or vortex generator.

As far as I understand vortex generators, they prevent the boundary later to detach / move the separation point. But that’s no issue below an airfoil, is it? 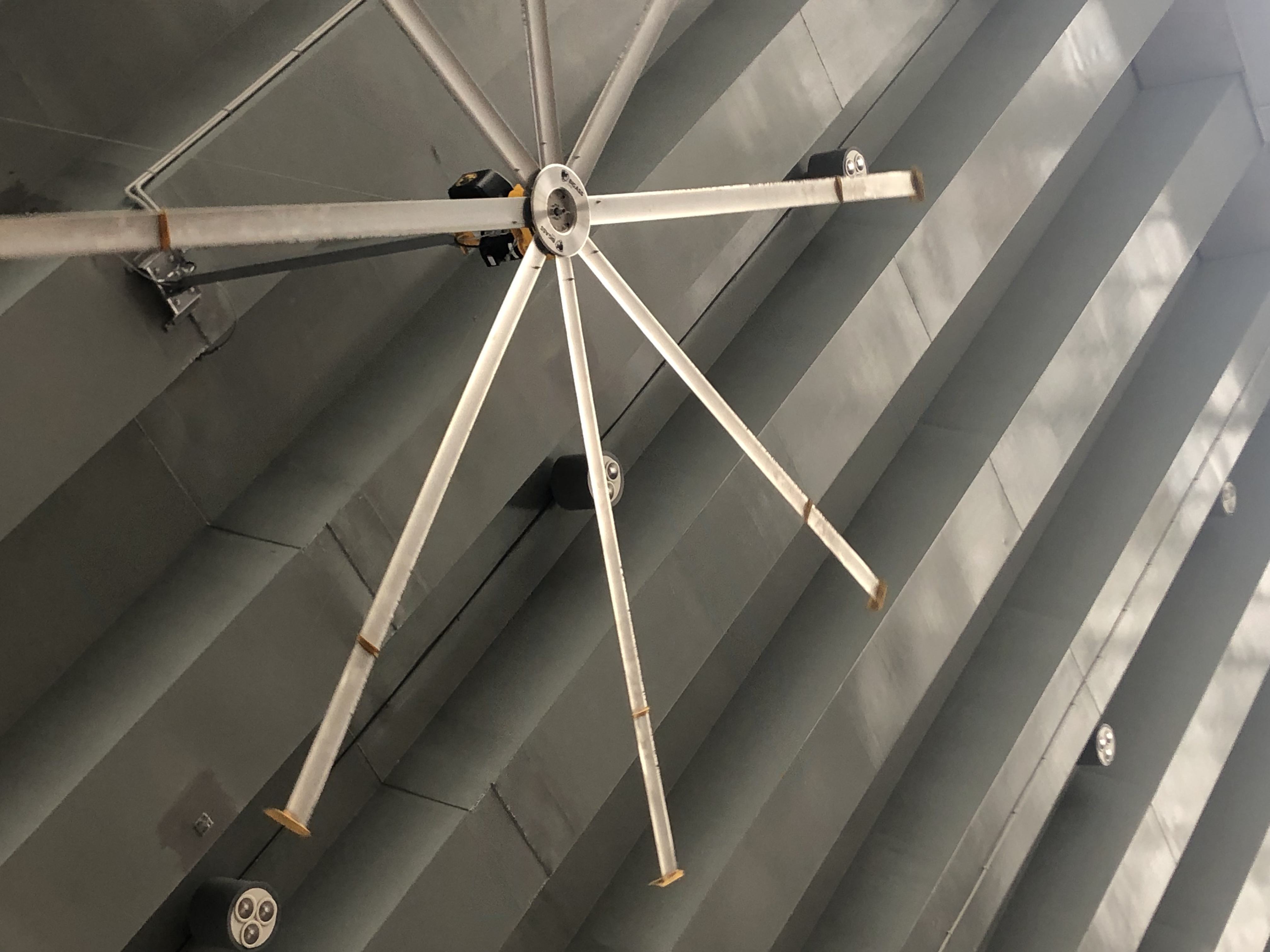 The manufacturer, Big Ass Fans, calls those devices “air fences.” Based on this naming I assume they are most likely there to redirect spanwise flow on the longer airfoils, not to prevent separation. Such a narrow airfoil built to move at a steady speed and loading would probably not suffer from separation issues. They are basically the same as wing fences.

Wing fences are usually found on swept wings, because that’s what’s responsible for the spanwise flow, and the fan blades don’t appear to be swept. But in the case of a fan there will probably be a certain amount of radial flow due to the spinning motion. After a significant distance this could build up to be significant enough that the fence might help to redirect it.

Not the answer you're looking for? Browse other questions tagged aerodynamics feature-identification or ask your own question.

36
Why are prop blades not shaped like household fan blades?

18
What is a vortex generator?
5
What is this metal plate below the door?
6
Does a strobe light shield act like a wingtip fence [or better sort of vortex generator]?
6
What is this tube-like thing protruding from under an A330's wing?
7
What is the round thing on the tip of an MD-90 wing?
9
Why do wall-to-wall airfoils in wind tunnels produce no (or infinitesimal) downwash?
6
What’s the purpose of the small “hole” in front of wing root on A320-214?
0
New Research: VGs increase lift to drag ratio up to 880%. Does it work for flaps too?