Why does a subsonic nacelle inlet have a throat before the diverging section? 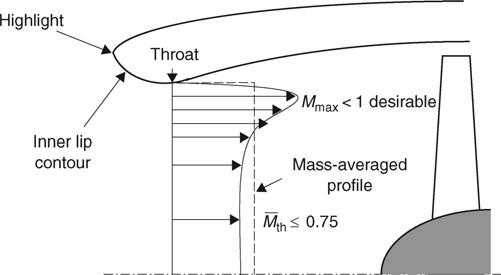 As we can see from the image, the nacelle slightly converges towards a throat, before diverging. Why?

Is it to produce the lip thrust force? If so, is that force independent of the diffuser thrust (i.e., the internal pressure rise in the diverging section) ?

And if the cowl lip represents an airfoil operating at a negative angle of attack, shouldnt the "lip thrust" be in the opposite direction?

The throat is a byproduct of trying to prevent flow separation at slow airspeeds or high angles of attack.

Below you can see a rudimentary sketch of the intake streamlines for different airflow conditions. As you can see in the first case, the air needs to curve around the tip of the lip at low airspeeds. Flow will separate, if the curvature is too strong. Flow separation can lead to all kinds of problems for the engine. In order to prevent flow separation, a thick and rounded lip is used. Superimposing such a rounded lip on the divergent geometry of the inlet results in a throat as you described. 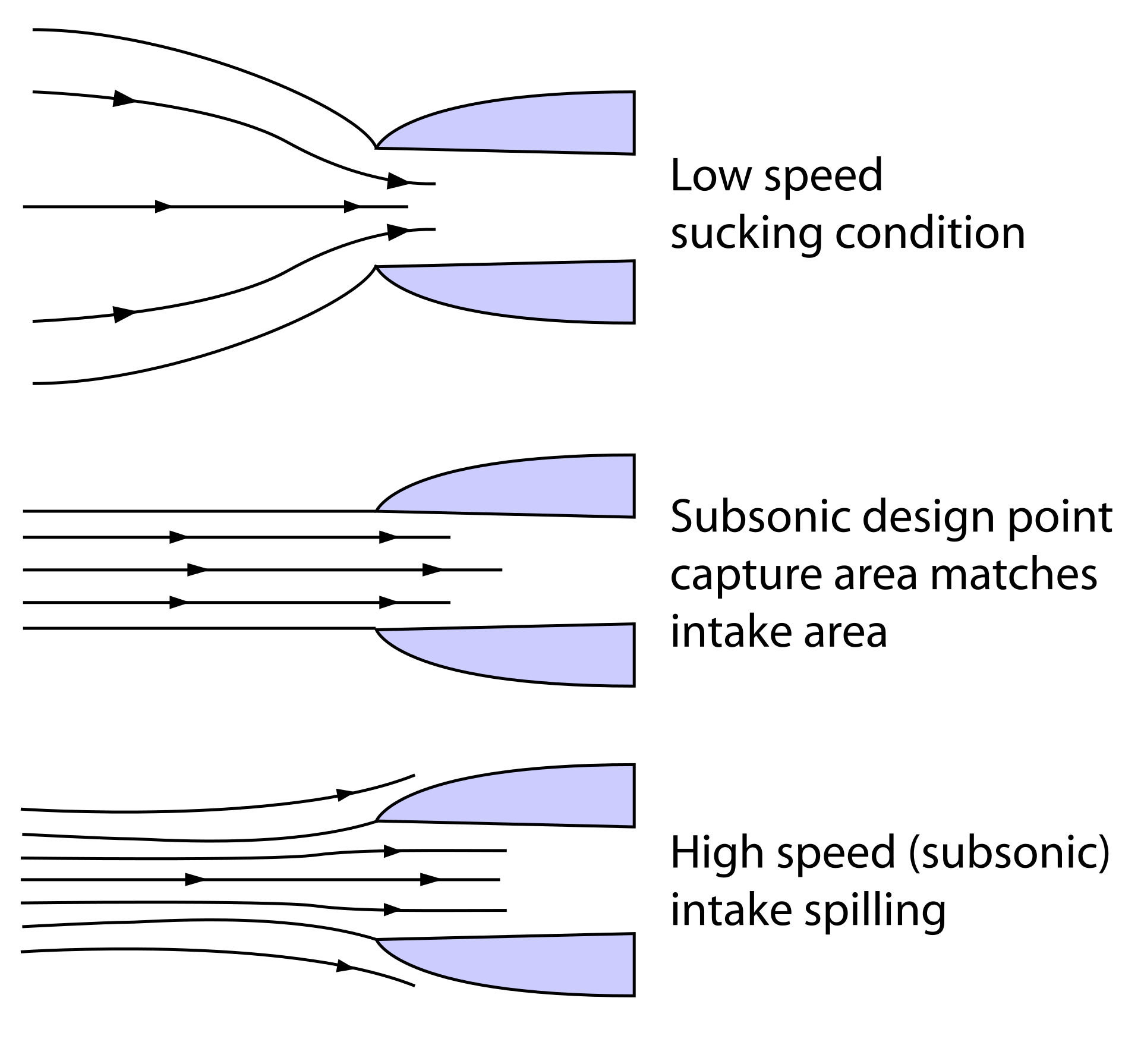 16
What is the purpose of the inlet doors of the Pratt & Whitney JT3D?