Considering that Wing-In-Ground-Effect (WIGE) vehicles fly with a rather low ground clearance, there is not much room for banking. How do WIGE vehicles turn? Do they turn just very slow with a low bank angle? Or do they turn uncoordinated with wings level?

I can imagine that banking has an opposite effect: the raised wing has less ground effect so more drag so it creates some countering yaw moment. Is this correct?

It turns like an airplane by tilting the lift vector. Watch carefully in this video, especially about 50 seconds in, and you can see the craft is turning by banking. 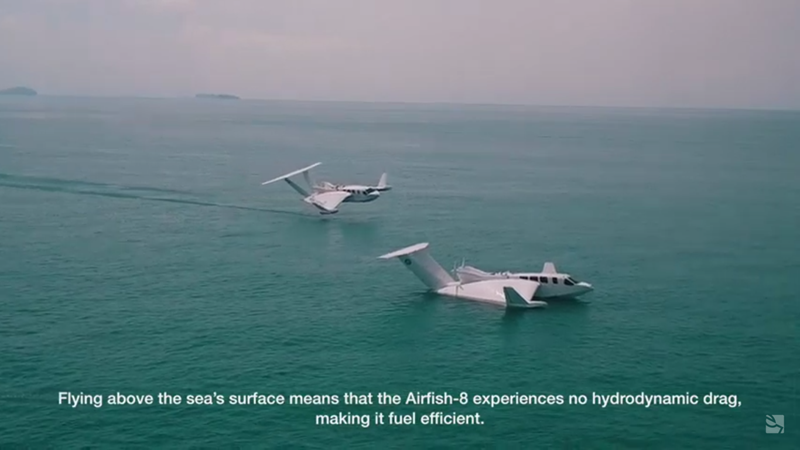 It just can't bank very hard unless it climbs a little higher. This is one of the problems of GE aircraft; they aren't very maneuverable because they can only make gentle turns at the normal cruising level close to the surface.

The alternative to banking, if you don't have enough room to roll, is skidding, where you are redirecting the thrust vector and also generating some lateral force from the sideways presentation of the craft's body. Basically like a hovercraft. A lot less efficient though because of the drag rise from the skid. Some of those really big GE machines like the Ekranoplan would have used skidding (kind of obvious from the huge rudder that it's designed to skid) and maybe a little bit of bank.

It's probably a good thing that this concept has not been all that successful. If the world was full of these types of machines crisscrossing every which way over oceans and lakes, all at the same level and going pretty fast, you probably have a lot more mid-airs than you get with airplanes, or boat collisions for that matter.