Is there a general approach for designing a Trimmable Horizontal Stabilizer?

What is the general design flow when designing a Trimmable Horizontal Stabilizer (THS) and the attached elevator?

I assume you would dimension the max. positive/negative deflections of the THS to meet longitudinal trim requirements over all cg ranges, airspeeds, flap configs and then add the elevators on top of that to fulfill the manoeuverability requirements (pitch rate). But I guess there is more to it.

In other words:
How do you derive the maximum deflections of THS and elevator each?
(compared to a non-moving stabilizer design)

I'm not asking for specific formulas, but rather for the general approach. If you can recommend some detailed references about it, I would be really thankful.

You always look at both in combination.

The first step is to use tail volumes that have worked before. This is enough for preliminary design.

When the design advances further, you have load cases to cover which combine trim and manoeuvring demands and you use trim settings and elevator deflections in combination. The useable deflection range changes with trim settings, because when the tailplane needs to produce a sizeable downforce to trim deflected fowler flaps on the wing, it cannot tolerate the same positive elevator deflection as in straight flight with lightly loaded tailplane.

Next, you pick the tailplane size and deflection range which covers all load cases and verify the result in the wind tunnel and flight test.

Trimmable Horizontal Stabilizors vary from plane to plane. For instances, the Cessna Cardinal has a small tab on the back of the stab that is changed by the pilot using a trim wheel in the cockpit. At high speeds, like 125 knots/145 mph, the Cardinal requires quite a but of push or pull the to change pitch - if you want to climb, you can haul back on the yoke, then dial in some trim to hold the pitch angle.

Compared to many Piper Stabilators, it does not expand the full width of the stab.

The deflection is designed to be enough so that don't have to hold the stick back while coming in for a landing. Coming down final, you dial in enough trim to fly a steady descent, and then still have stick control left to deal with minor up/down changes as needed from wind burbles & stuff, and then be able to pull back to complete the landing flare. 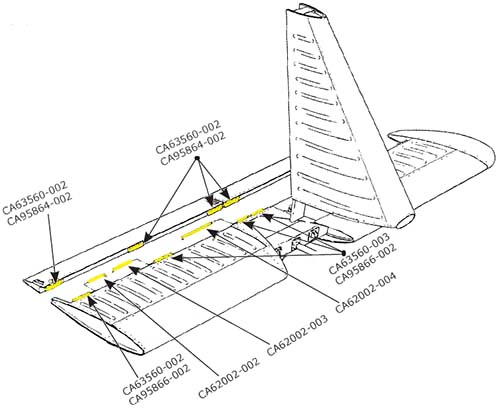 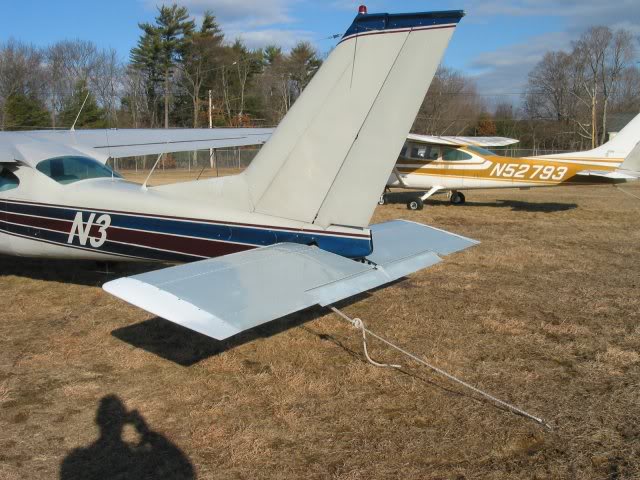 First is understanding the horizontal stabilizer's function relative to its partner, the wing. Jockey and horse really, perhaps director and symphony. For passenger rated aircraft (and big cargo transports who really don't want to spill the goods), a general approach to design parameters may begin with the following criteria:

Designers have a choice of the airfoil approach, the larger flat plate approach, or a combination of the two. A low aspect flat plate might be a safe choice for 3, as it acts in a manner similar to a parachute to push the nose down even if it is fully stalled. Airfoils will work for 1 and 2, but must stall at a higher AOA than the wing.

Once the right area is established, determination of maximum deflections may be as follows: no one deflection should be so great as to not be overcome by two others. This is why 3 pitch controllers may be better: Hstab pitch trim (very slow), elevator (weaker than Hstab in normal flight, higher rates available for emergencies), and a fine trim tab (for minor pitch adjustments such as a few knots of airspeed). The pilot(s) control the elevator.

If Hstab is designed properly and thrust line is correct, this should make for a very safe and stable aircraft. Although obviously influenced by recent events, a review of basic designs can help engineers stay anchored near the highest of safety standards required for passenger carriers.

Not the answer you're looking for? Browse other questions tagged aircraft-design horizontal-stabilizer or ask your own question.

3
How are the dimensions of the empennage determined for jetliners?