What features enable the Su-25 Frogfoot to operate with such a wide variety of fuels?

It is widely attested* that the Su-25 Frogfoot's engines (the Turmansky R-95Sh and later the R-195) were designed to function using a wide variety of fuels, including diesel, gasoline, petrol, kerosene and avgas.

For a rough-field front-line attack aircraft, the ability to load it with whatever was at hand, even tank fuel, would be very useful.

It's not a feature I've read about anywhere else. The question is, what specific engine modifications allow this level of fuel-tolerance in comparison with, for example, the T-34 which powers the A-10, an aircraft designed for a similar role. 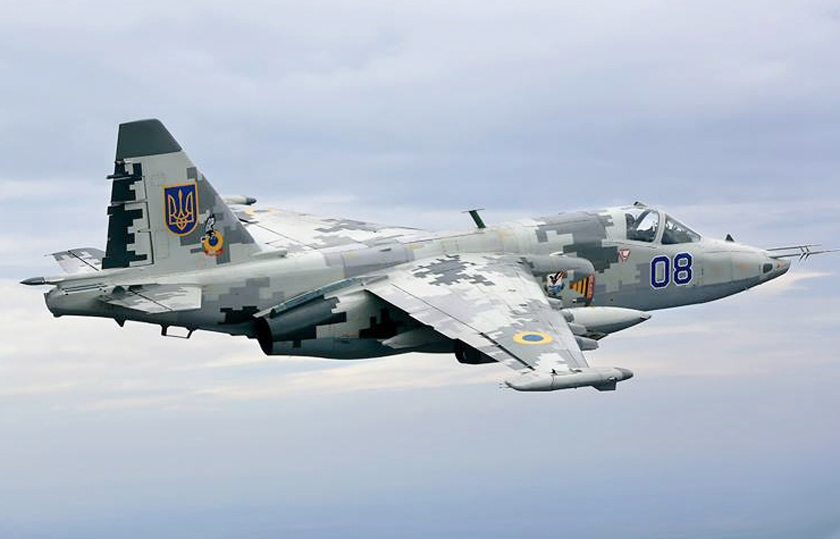 (Previous questions asked whether diesel engine aircraft can run on car diesel (yes) and if you could safely run a 777 on diesel (no).)

Being a ground attack aircraft, the Su-25 has an operational ceiling of 23,000 ft and will not encounter the low temperatures to which a Boeing 777 is regularly exposed. Therefore, the risk of diesel fuel gelling and clogging the fuel lines is much lower.

On the other side of the temperature scale, gasoline could vaporize in hot environments and equally endanger the fuel supply of the engines. Those extremes are rarely found in the countries of the former Eastern Bloc, and the Su-25 was primarily designed for operations in moderate climates.

Nevertheless, some modifications are advised in order to avoid trouble when exotic fuels are used:

That turbofans can run on a wide variety of fuels has been established in the answers to this question.

In this video, where the various accessories on the outside of a GEJ79 turbojet (which powered the F4 Phantom, amongst many others) are being identified by a contemporary technician, there is a factory-fitted device to adjust the fuel system to use different fuels.

The F4 saw service with both Navies & Air Forces, which used different fuels due to different operational standards, so adjustment for this was not exceptional. I do not know if the facility for the J79 to use gasoline was ever used in practice; there are a number of serious maintenance consequences of using something like gasoline, so just because it can be used, doesn't mean it's a good idea.

It is common for land-based gas turbines, such as tanks & various stationary applications, to be able to swap between different fuels, although some applications require changes to fuel nozzles etc for efficient operation. Operators of the M1 Abrams tank famously claim that they can run it on anything, from Chanel No5 & bourbon to gasoline & heating oil.

Not the answer you're looking for? Browse other questions tagged jet-engine military fuel engine-design sukhoi-su-25 or ask your own question.

69
Why do jet engines use kerosene rather than gasoline?
40
Is it possible for an SU-25 to fly high enough to shoot down a Boeing 777?
8
Can a Diesel Aircraft engine be run on Car Diesel?
7
Can you safely operate a 777 with diesel?
5
What fuels can turbofans burn?

24
Could most commercial jet engines today run on ethanol without any problems?
5
What fuels can turbofans burn?
4
Why does the Zapata Flyboard Air UL consume so much more fuel/hr than the Mosquito Air?
5
How would a new “clean sheet” General Aviation piston engine with all the latest technology differ from existing Continental/Lycoming types?
3
Could modern military aircraft be retrofitted to work with alternative fuels instead of kerosene?
5
Is it safe to mix different types of fuels in a jet engine?
7
Why can’t the CF34 use wide-cut fuels?
1
Could high density abrasion-resistant ceramic turbine blades allow for the use of borane fuels?
11
How often is the fuel sampled in turbine aircraft?