How late can a landing clearance be given?

I regularly fly VFR in an (EASA-) airport where the tower is sometimes rather busy and the frequency full which led a few times to me receiving landing clearances as late as 10-20ft AGL above the threshold.

I was wondering, if (EASA) regulations say anything about when you have to / should perform a go around on approach when you still didn’t get a clearance. I’m not asking about how to deal with those situations when flying, I’m just asking about what’s in the regulations about this.

Short answer: for visual approaches, it is not yet set in EASA regulations, but a draft recommends that the landing clearance be issued somewhere from downwind to short final (dashed line in the diagram below).

The relevant distance I found only applies to radar approaches:

8.9.6.1.7 Clearance to land or any alternative clearance received from the aerodrome controller or, when applicable, the procedural controller should normally be passed to the aircraft before it reaches a distance of 4 km (2 NM) from touchdown.$^1$

As for visual approaches it says:

A note on EASA regulations: Generally, for air traffic services EASA uses the text of ICAO Doc 4444 as Acceptable Means of Compliance (AMC) to the regulations, hence the transposition here.

A 2017 EASA draft (not yet regulation) discusses where you should ideally receive the landing clearance:

— Position 4. Clearance to land is issued here as practicable. 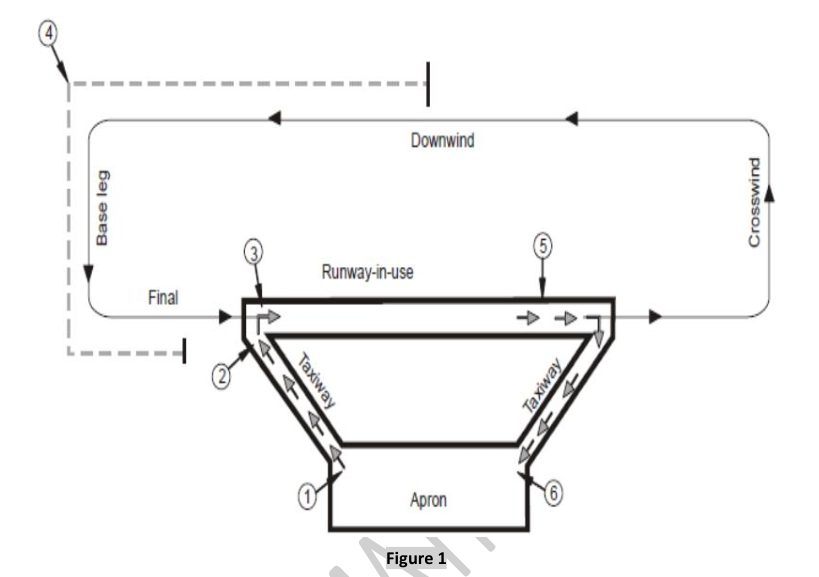 The approach clearance (be it VFR or IFR) has a clearance limit until over the threshold. So, you cannot cross the landing runway threshold unless you have received landing clearance.

Not the answer you're looking for? Browse other questions tagged air-traffic-control radio-communications easa-regulations clearance or ask your own question.

8
How close is a pilot allowed to get to a runway without landing clearance?

48
How can I politely remind ATC that I'm waiting for instructions or clearance?
26
I accidentally deviated from an ATC instruction as a student pilot. How bad was it?
13
What is the correct traffic pattern at a towered airport?
6
How close can separation be during a landing clearance?
10
ATC interruptions, when is it okay/overlooked?
14
How does handover between Air Traffic Controllers work?
8
What does “to the numbers” mean in landing clearance?
2
Can anybody give an example about Clearance Expiry Time?
1
Where can we use conditional clearance?
0
What exactly is an ATC clearance and how is it requested?