Why do some airports have class E airspace to the surface only at certain times?

Below is the depiction of the Truth or Consequences airport on the VFR sectional. Notice that it states that Class E to the surface is only effective for certain hours. 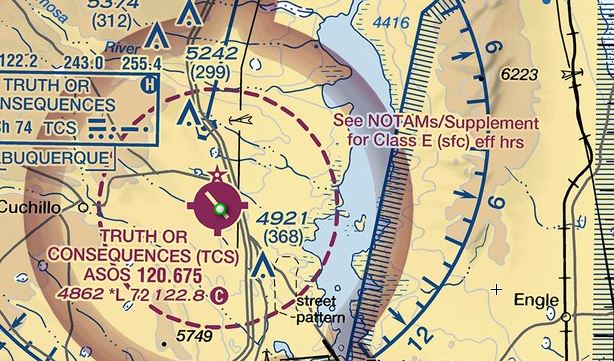 The Chart Supplement lists the effective hours as 9:00 - 17:00 local (converted from Zulu). My question is why are the Class E surface hours limited to 9:00 to 17:00 local and not effective for 24 hours each day? I understand that airspace reverts to less restrictive airspace when a control tower closes but there is no airport tower at this airport or a towered airport anywhere near this airport.

visibility and cloud clearance requirements for Class E are more strict compared to Class G (which is what the airspace reverts to after-hours).

Compare that to 1 sm / clear of clouds for Class G

You could see that someone pushing the limits of VFR, scud-running to/from the airport might pose a danger to an IFR aircraft on approach to the airport and might pop out of the clouds and get a surprise.

As to the choice of hours, that's likely an FAA decision based on traffic volumes.

Normally you see this at airports that serve rural locations with scheduled passenger service throughout the day (and possibly later at night as well). Pellston, MI is another airport that comes to mind with a Class E surface area, but it is 24 hours a day. I think Delta serves Pellston with 1 or 2 flights a day from Detroit.