Is there less vertical space for an engine under the wing of a 737 Max than for an A320neo?

The source of this question is the understanding that the LEAP-1B couldn't fit under the wing of a 737 without changing its longitudinal position. But this wasn't the case with the design of the LEAP-1A/A320neo. For lack of ground clearance?

The short answer is:

Yes, there is less vertical space under the wing of a 737 Max compared to an A320neo.

In the image below I have put the two airplanes side to side and the height difference is very apparent. Please note that the images are from the respective predecessors of the aircraft. The only thing that has changed regarding the height is that the 737 MAX has slightly larger tires than the 737 Classics, which should raise the MAX by 2 inches.

The reason for the lower height of the 737 is that it was developed a lot earlier when engines were a lot smaller in diameter. Therefore, they designed shorter landing gear. Choosing longer landing gear would have seemed unreasonable because this comes with a significant weight penalty. Redesigning the landing gear now would basically mean designing a completely new aircraft, because it would interfere with so many other systems. 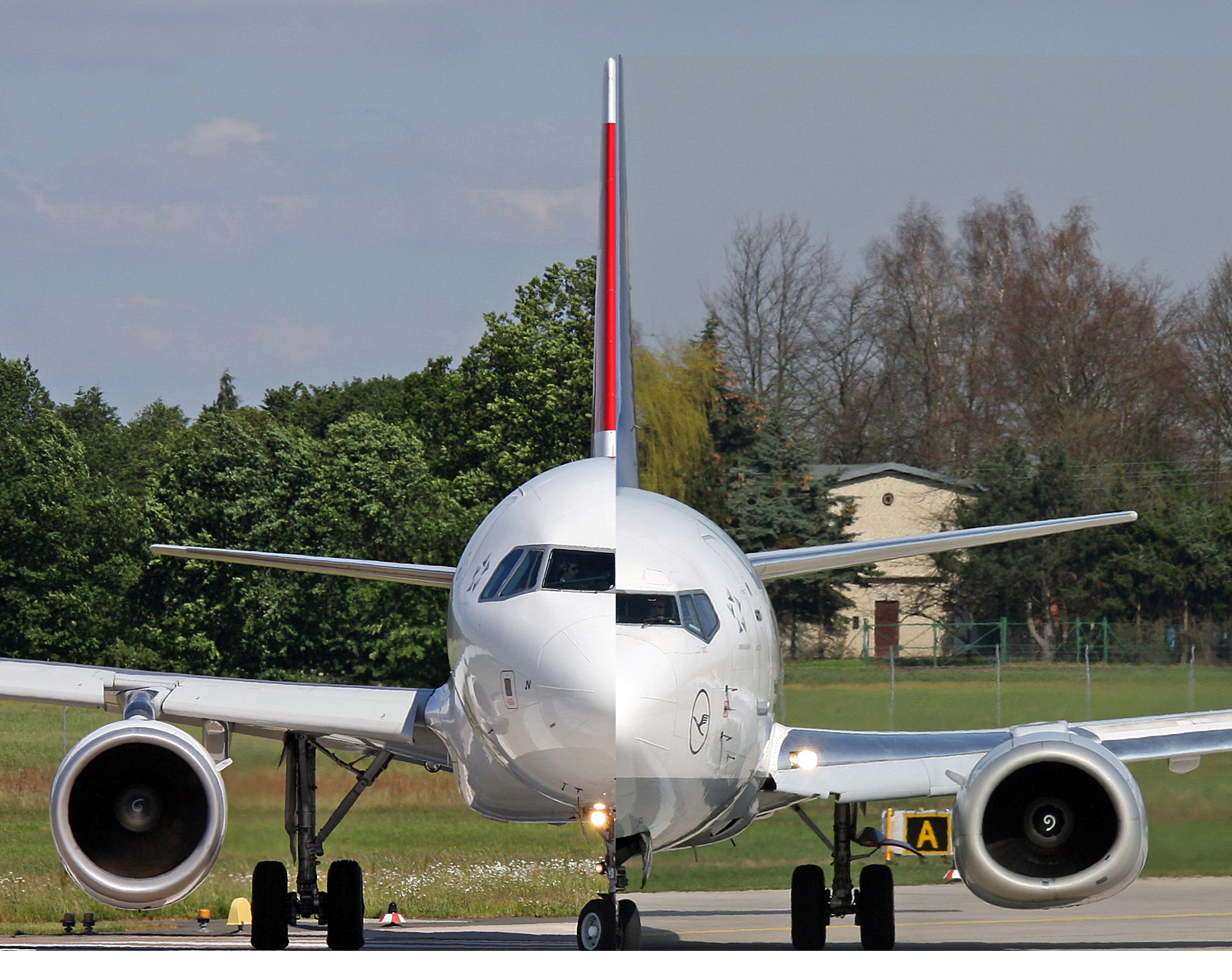 It is difficult to accurately compare distances in photographs, because they come with all kinds of distortions. I have resized the images so that the main gear track is according to scale. Therefore the height comparison of the wings is fairly accurate.

Not the answer you're looking for? Browse other questions tagged aircraft-design airbus-a320 boeing-737 accident-investigation or ask your own question.

50
Why are the Boeing 737 nacelles odd shaped?
14
Why is the 737 so low?
5
Is the ground clearance of the B737 engine low compared to similar aircraft?
-1
How to deal with larger and larger engines

12
Why weren't the XB-70's wingtips fixed in the down position?
8
Why are 737-200 engines more susceptible to separation?
13
Why are the engines on the MAX and neo prone to bowing?
4
What would be the impact of replacing the engines on the 737 MAX, not just reworking MCAS?
15
What is MCAS trying to fix on B737 MAX?
12
Why wasn't the 737 MAX's landing gear lengthened enough to mount the engines under the wings, rather than in front of them?
16
Why didn’t Boeing ramp 737NG production back up in response to the 737 MAX groundings?
15
How controllable is the 737 in single-engine manual-reversion flight? Is it controllably landable (or go-around-able) in this condition?
4
Why doesn’t the A320 family suffer from the same design constraints regarding engine placement/landing gear length as the Boeing 737 family?