What is the relation between altitude and vertical speed?

I recently saw 2 graphs on a flight path on BBC, shown below. For those interested, it's the path of the recently crashed Boeing 737 max flight ET302, but that's irrelevant to my question.

My question is about the relationship between the two graphs. I would expect the bottom graph to be the first derivative of the top one - with altitude increasing when vertical speed is positive and decreasing when it is negative. However, this does not entirely hold. At around 5:38:45 for example, the altitude clearly drops, while the vertical speed remains non-negative.

Am I missing something about the definitions? Like, vertical speed being defined relative to the wind and the plane stuck in a down-gust. Or, if or example, is there some well-known error caused by the way these quantities are measured by the instruments? 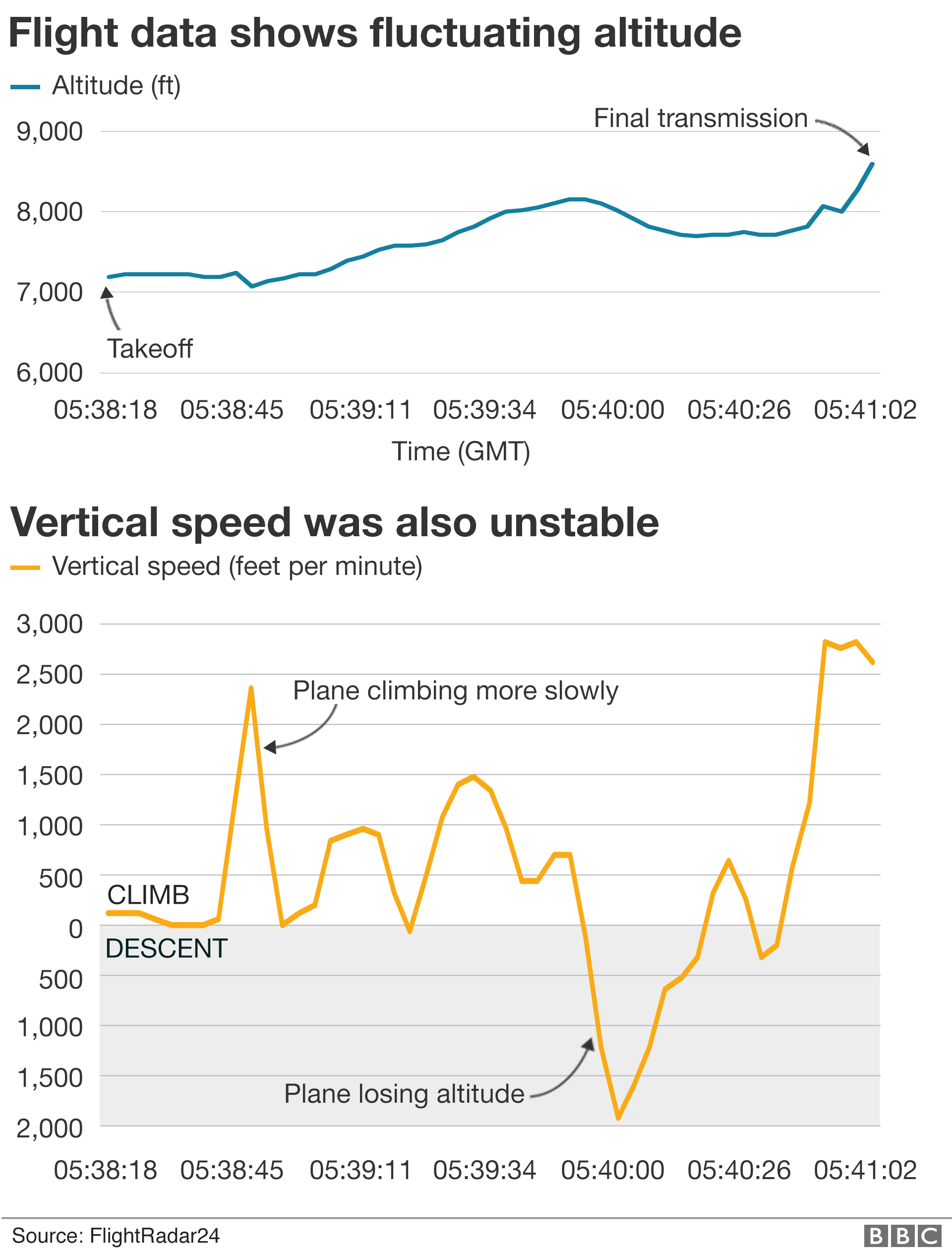 The graphic is attributed to Flightradar24. Flightradar24 relies on transmitted data from the plane (via ADS-B usually) and it is not always perfect. See: Why do aircraft on Flight Radar 24 jump around randomly sometimes?

Back to your question, decreasing vertical speed (V/S) is not descending, it's just the rate of climb is becoming shallower, but still positive.

Factors that can cause the illustrated drop: 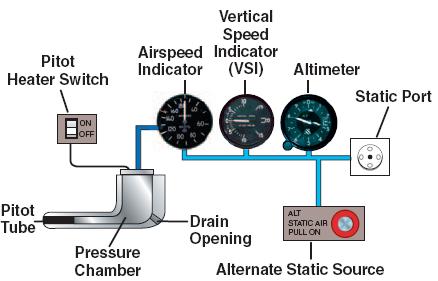 V/S and altitude are measured by the static ports, if the plane's attitude is not ideal, say the plane is moving sideways slightly, each static port on each side will read differently.

The measured quantities are also different, one is a rate of change, and one is absolute reading, this may cause the V/S to lag behind the altimeter.

Not the answer you're looking for? Browse other questions tagged flight-instruments flight-path measurement or ask your own question.

29
Why do aircraft on Flight Radar 24 jump around randomly sometimes?