How fast do the F-35 weapons bay doors open/close during combat ops? 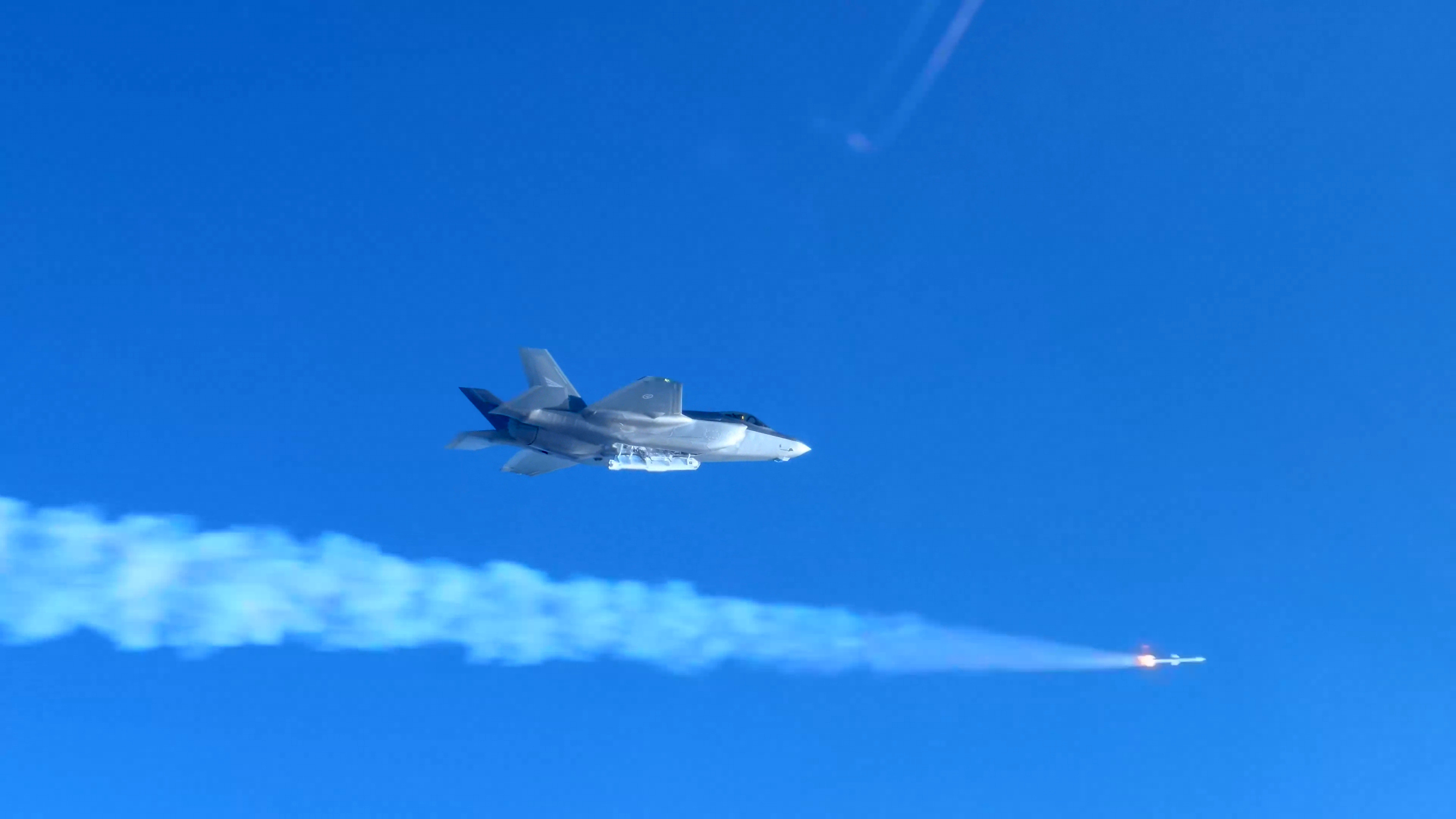 I came across the following Norwegian F-35 video launching a live missile from its right bay door. Of course, opening the door and launching the missile drastically increases RCS, but it seemed to operate quite slowly, about 3-4 seconds for the whole operation.

3-4 seconds may lead to a detection, but then again 1-2 seconds could too with a sophisticated radar system. The important thing is that 3-4 seconds is short enough that a detection would be extremely hard to exploit; by the time a missile could be launched the contact would have disappeared.

If by some chance a station managed to get a missile off in that short time-frame it would probably miss. There are 2 types of radar guided missiles:

So shaving a second off that time would give very little benefit. Having a door open longer would be bad though. In the book "Skunk Works" by Ben Rich and Leo Janos (former director of the Lockheed Skunk Works) Major Miles Pound wrote about his experiences in the first Iraq war flying an F117 when a bomb bay door got stuck open after dropping:

We came in at three in the morning using only eight airplanes and needing only two tankers to get us there and back, and took out three of the four nuclear reactors and heavily damaged the fourth. Once that first bomb hit all hell broke loose. I dropped my bombs, but I couldn’t get my bomb-bay door closed. That was as bad as it could get because a right angle is like a spotlight to ground radar and a bomb-bay door is a perfect right angle. And out of the corner of my eye I saw a missile firing up at me. I had one hand on the eject lever and the other trying to manually close that stalled bomb bay. As the missile closed on me, the door finally did, too, and I watched that missile curve harmlessly by me as it lost me in its homing. About an hour later I began breathing again.

Not the answer you're looking for? Browse other questions tagged military fighter radar stealth f-35 or ask your own question.

1
What is the effect of opening airplane bay doors on the radar cross section of the airplane?
10
How does a combat aircraft handle the recoil force of a mounted gun?
6
How is that there is no leak through the fuel vents during aerobatics maneuvers?
5
How close is this Su-27 to the aircraft recording the pass?
4
How is the F-22's nacelle/engine bay ventilated?
21
How does the F-35B not flip over during transition?
5
What was the average duration of a Me-262 combat mission during WWII?