Is the A-10's cannon effective against tanks?

Perhaps this isn't on-topic, but is the A-10 effective against tanks (tank armour) when using its cannon?

For example, this page claims:

I thought that in WW2 you needed something like a 75 mm or 88 mm gun to be effective against the then-heavy tank armour. And the gun on a "main battle tank" has if anything increased in size since then -- or converted to missile instead of projectile -- is a 30 mm cannon effective?

Is the armour-penetration of an A-10 exaggerated (if it is effective against only e.g. softer armour than main battle tanks)? Does the cannon being mounted in a plane make it especially effective (I'd guess not, the muzzle velocity of a GAU-8 is 1000 m/s and and A-10's airspeed only adds 200 m/s to that)? If it is effective then why isn't that the primary armament of a main battle tank?

It depends on the tank, where you hit it, what angle you hit it, how far the A-10 was from the tank when it fired, and what kind of ammunition was used.

Whether that's a declassified spec with all other known values a secret or a realistic representation is unknown. I'd say it sounds reasonable. Tanks tend to have heavy armor on the front and sides but lighter on the top. Certainly the PGU-14/B could defeat armor on APCs and older generation MBTs. Modern MBTs with advanced composite/reactive armor may be more difficult to crack. While it might not be able to penetrate the chobham hull of an M1A2, it can certainly take out fuel tanks, destroy the engine, etc.

Keep in mind that a GAU-8/A can hammer a 5-mil Circle with 70 such rounds with a 1 second burst, provided the pilot has a steady trigger hand. This also can have a cumulative destructive effect on armor plating.

While the gun can be employed against armor, the preferred method is to attack tanks using standoff weapons like the AGM-65 Maverick missile. Getting close enough to tank columns to use the gun can be hazardous, especially if the group has mobile AAA/SAM escorts.

The thinnest armour on most MBTs is the roof of the turret and hull. The A-10, when it attacks with its cannon, is diving from a fairly high aspect and therefore shooting at the most vulnerable parts, the roof and engine compartment.

Also, the rate of fire of the gun is so high and the projectiles are therefore so close together, there is a high probability of multiple hits on the same point. The result is an 30mm depleted uranium AP round, even if it doesn't penetrate the first time, has a good chance of being followed by another right behind it into the divot made by the first one and finishing the job. An old GE video of the GAU8 on a test range shows the effect of follow up rounds hitting the crater made by their predecessors, and basically chewing their way through quite thick armour.

While modern battle tanks have quite sophisticated armor protection (for the crew), there are many vital components with less protection. In the image below, we see the tracks and the wheels, which are exposed. We see some optical systems for awareness and fire control.

If an aircraft manages to damage enough of these exposed systems to render the tank incapable of fulfilling its role, then the tank has been effectively knocked out, despite it being not killed.

The quote of the OP talks of disabling, not destroying. Thus, making the tank blind, or unable to move, may be sufficient to disabling it. 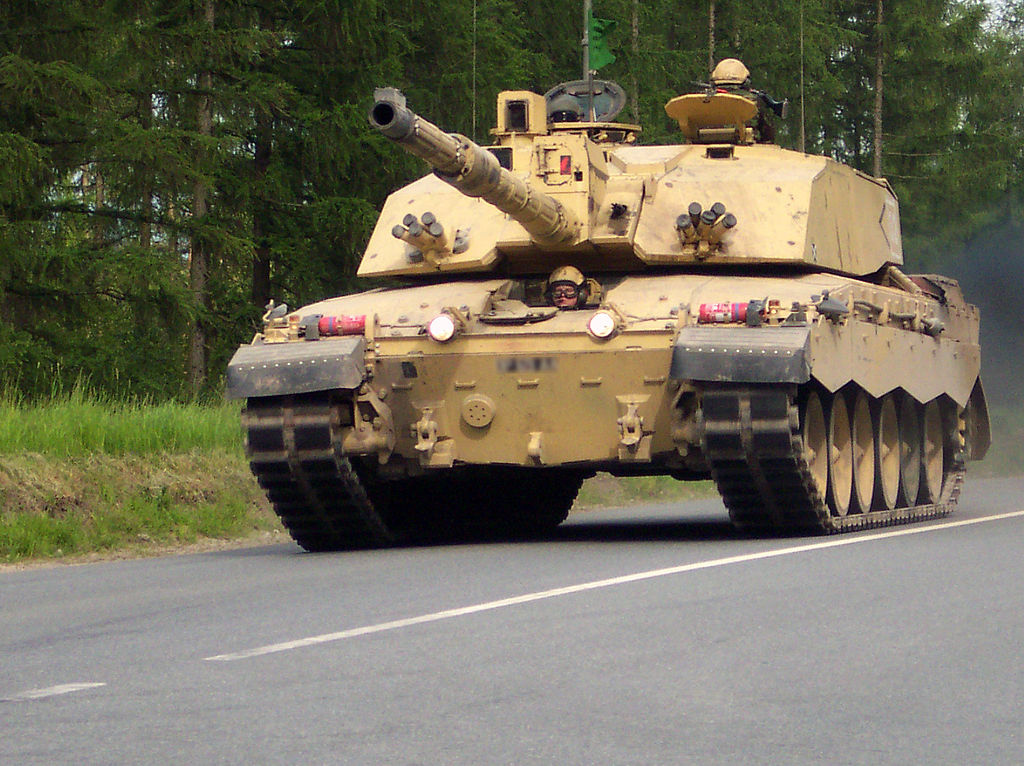 First of all adding "only" 200 m/s aircraft speed to 1000 m/s barrel velocity will give 40% more kinetic energy to those depleted uranium rounds.

Secondly, an aircraft can attack at many more angles than another tank, more easily finding thinner armor points.

Thirdly, even if aircraft could carry an 88mm gun, it has a much higher probability of a miss as it is moving in three dimensions. There for, it fires a guided missile at longer range and closes to point blank with its Gatling, accomplishing its task with multiple hits.

A tank on the ground can aim much better with its gun and goes for one good shot.

But nothing wrong with helicopters carrying missiles to help out, along with the Warthogs. As long as the A-10 is effective, it will still be around.

97
Why do fighter jets still have guns/cannons?

12
How common are conformal fuel tanks?
13
Is this an external cannon on an F-16?
8
Does the A-10 Thunderbolt fly without the GAU-8?
27
Does the cannon of the A-10 deliver more thrust than the engines do?
5
Is the A-10 Warthog being discontinued?
35
How much is airspeed reduced on an A10-Warthog when firing its cannon?
9
How effective was WWII bombers self defense anti-air armament?