How did aircraft flying in formation use flares to communicate with each other?

The image shown in the question Which aircraft had such a luxurious-looking navigator's station? (also below) shows a flare gun with several flares.

On the bonus question: flares were often used for communication between planes, sometime even when all planes in the formation had radio (to the point that new flare systems had to be designed for high altitude pressurized bombers at the end of WWII). Given the number of cartridges right under the flare gun, I think it is indeed for communication and not just for distress signaling, so you would probably want it readily available.

How common was it for this to be used, and how effective was it, especially during the day? When would it be used, and what would the flare indicate or communicate?

cropped and sharpened from https://i.stack.imgur.com/K0cO2.jpg used in here. 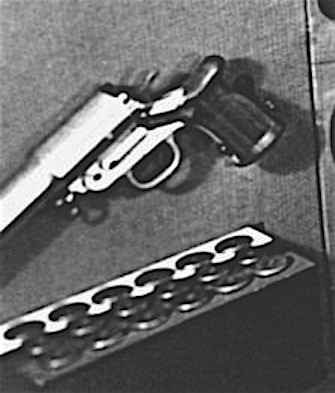 This break down of a B24 Missions seems to outline the usage of flare on a mission well:

After takeoff, a pilot usually kept on a straight course for about two minutes, in part because the B-24 was not very maneuverable until it had gained speed and altitude. The pilot then climbed at a predetermined rate (about 300 feet per minute at 150 mph Indicated Air Speed) to the assembly area assigned to the 392nd. A ship, usually 41-23689, Minerva, orbited a radio beacon at the prescribed altitude and fired designated colored flares to signal 392nd BG a/c. The specified assembly altitude was based on cloud conditions. Clear skies meant assembly could be at 5,000 to 10,000 feet. Often, though, pilots had to climb to 20,000 feet or higher to get above the clouds, relying on instruments to maintain headings, speeds and timed legs.

When on the actual mission...

Routes were scheduled to avoid major flak areas as much as possible and to mislead enemy fighters about the intended target. Each route, then, included several course changes until the Initial Point (IP) was reached. The IP was usually an unmistakable landmark, both visually and on radar. At the IP, the lead plane alerted the formation to turn toward the target by signal flares or by opening its bomb bay doors. All other planes promptly opened their own bomb bays and made the turn while simultaneously aligning in trail. On the bomb run, Groups were usually two to five miles apart.

Then on the way home:

By this time, the formation was down to a few hundred feet. While in the landing pattern circuit, the engineer confirmed the wheels were down and locked. Planes with wounded aboard or severe battle damage fired two red flares and landed first.

A few sources cite the M8 Flare gun being the one that was likely used during WWII. There is a discussion that covers some of the colors and cartridges here.

This book which talks about flare usage quite a bit, discusses a lot of the ground <-> air communication done with flares:

The increasing amount of airfield bombardment led to the establishment of false aerodromes. These false fields gave the appearance of active aerodromes by day and night in the hope that enemy bombers would be fooled into releasing their bomb loads a mile or two from the real airfields. At night, active fields remained concealed in darkness until an airplane was properly identified through flare signals.

It goes on to say:

Signaling devices were necessary for communications with the ground. The flare gun provided the most basic means of signaling. The Allies used the Chobert, more commonly known as the Very pistol. British and American night squadrons used three different colored Very cartridges, red, white, and green. Each cartridge had a different milling along its metal base flange so that aviators could quickly feel for the correct shell in the dark.

Some flares were also used for ground illumination

Illuminating flares were developed for target acquisition and landing assistance. One of the most important was the Holt wingtip landing flare. Useful in an emergency or under inadequate field lighting conditions, the Holt flare was ignited electrically (by dry cell battery) from a push button in the cockpit. Typically the flare would burn for a maximum of two minutes at up to 20,000 candlepower.

Not the answer you're looking for? Browse other questions tagged aviation-history lost-communications or ask your own question.

39
Which aircraft had such a luxurious-looking navigator's station?
3
What did Fiji have to do when it incorporated GPS into its aviation system?

20
How did aircraft communicate during early air travel?
10
How did Charles Lindbergh use dead reckoning over the Atlantic ocean?
5
How often is communication lost with aircraft?
42
How did SR-71 spy, flying at 80,000 ft and 3500 km/h?
14
Why did some aircraft use hand-crank instead of gravity for alternate gear extension?
14
In WW2, how did aircraft navigate to the carrier?
8
Did Japan actually use any production aircraft with inverted gull wings during WW2?
13
Did the Germans ever use captured Allied aircraft against the Allies?
32
Why did flying boats in the '30s and '40s have a longer range than land based aircraft?