How does the traffic pattern at a large airport affect nearby, smaller airports?

Do the landing and takeoff directions for a smaller airport (GA and bizjet traffic) change when the traffic direction at a nearby large airport changes?

Specifically, I'm wondering about how traffic at FTY and PDK would be affected by the direction of traffic to/from ATL.

Generally speaking when airports like this are close together the airspace is designed to allow operations at both airports to occur without interfering with each other.

Broadly speaking if one airport changes approach direction it may be the result of a wind change. Assuming the local prevailing winds shifted its likely the other airport will change approach direction as well due to the wind shift. 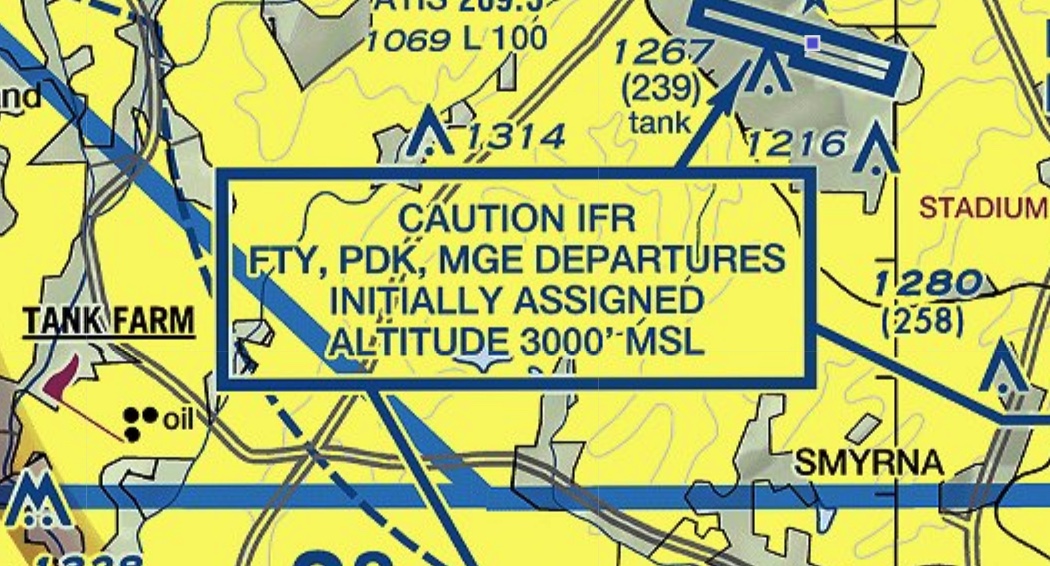 In other words, if your flying VFR its likely that IFR aircraft from the outer airfields will initial be assigned to 3000 ft. (so keep your eyes on the lookout) and if we look at the Class B floors around that area 3000 keeps you under them in most places. In a round about way you can infer that controllers are going to assign and vector you under the class B to keep you out of the ATL area. Runway turnarounds or not.

The floor of the ATL Class B airspace over Fulton is 3500 ft all the way south to the edge of the Fulton control zone so I'd say there is no impact at all for aircraft coming and going from FTY/PDK in terms of runways or traffic patterns close to the airport.

Not the answer you're looking for? Browse other questions tagged air-traffic-control traffic-pattern class-b-airspace or ask your own question.