How do I figure out the right pronunciation for transitions?

For example, the CNERY transition,* how exactly is this pronounced? On the VATSIM community, it seems there's a huge debate on what this is called. Some people say CONNERY, and some people say SCENERY. I personally say SCENERY since it makes more sense, but what is the most proper one? And is there a place where we can find pronunciation of such things?

Page 9 of this FAA handbook includes pronunciations for the Cleveland/Detroit Metroplex: 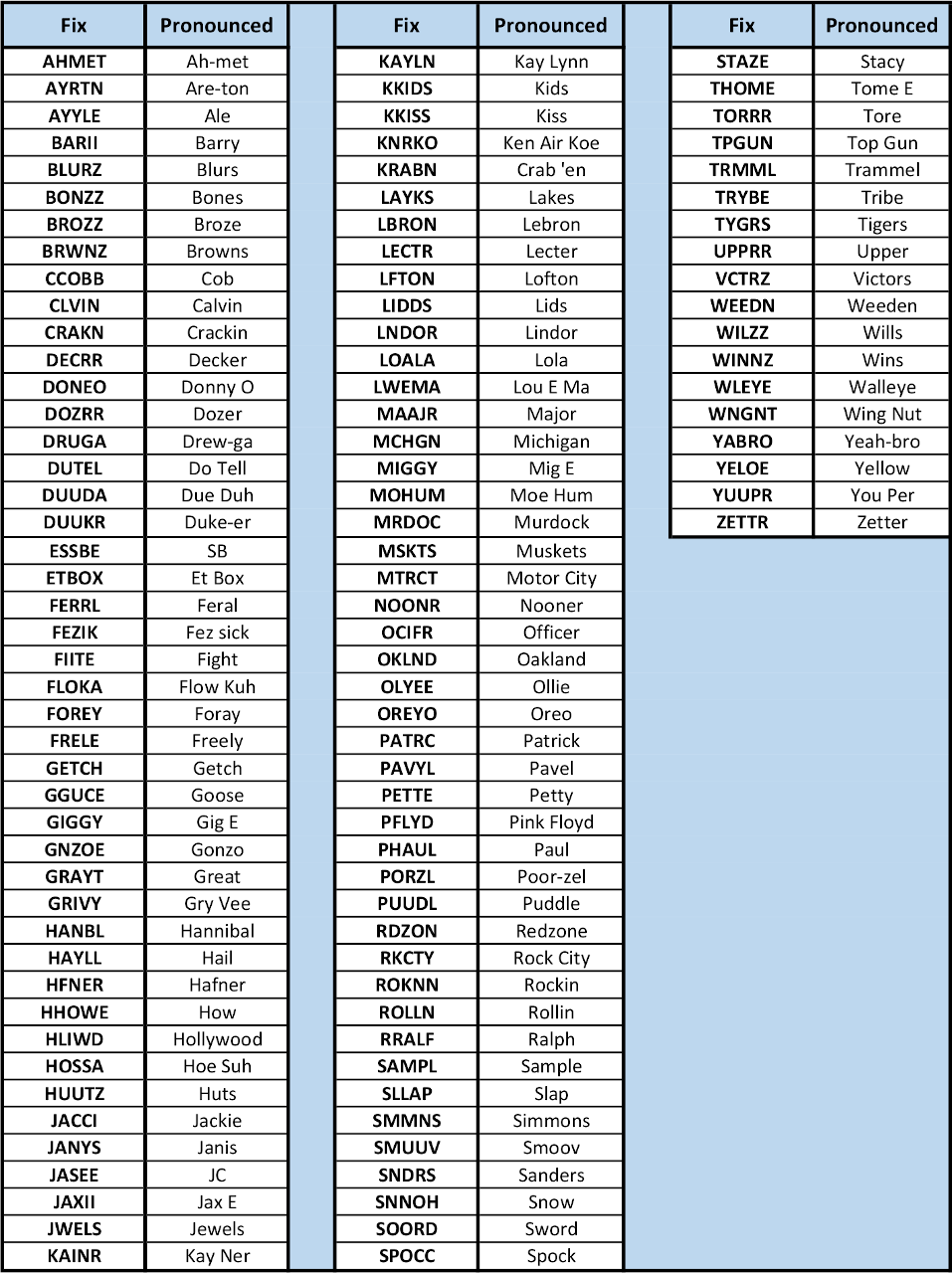 It would be nice if there were an authoritative, canonical, source for these sorts of waypoints, but sadly, I don't think one exists. I say that because I hear controllers sometimes using a different set of vowels or syllable emphasis "today" than they did "yesterday". If there were a single "right" way to verbalize CNERY or SCTRR, I'd expect ATC to have them all down. But in plenty of cases beyond those two, it remains unclear.

For example, the JFRYE arrival into Dallas -- is it the "Jeffrey" or the "J-Fry" arrival? You hear both from Ft Worth Center all the time.

My conclusion: no cannonical source exists.

If a word was used to choose a pronounceable 5-letter designator (name-code), it would not be documented. (There are many pronounceable name-codes that don't mean a thing – in both English and the local language.)

4.2 In printed and coded communications, only the coded designator or the selected name-code shall be used to refer to a significant point.

So don't expect to find any mention other than the 5-letter code, which has to be pronounceable for some fixes:

Pronounceable fix names. Except as stated in paragraph 2-10-5.a(3), all fix names serving any IFP must be pronounceable.

Which Annex 11 points out as:

XKCDQ would not be a pronounceable name, but CNERY would. If you did not comprehend whatever name the controller used, say you're flying in a new area with little traffic around you (prior comms to/from other traffic help you in anticipating things like that), you can simply ask the controller, "Say again in phonetic alphabet."

Sometimes the airspace designers come up with funny sequences though, e.g., see: Anybody know the reason for the ‘Star Wars’ themed STARs into KATL?

There is no single "correct" pronunciation for fix/waypoint names. The only rule is that the pronunciations must be unambiguous with respect to all other nearby names. For CNERY, jf one controller says "Scenery" and another says "Connery", and neither is ambiguous, then both are arguably correct. Heck, I'd even accept "Canary"; maybe the local fixes are named after birds but CNARY was already in use elsewhere.

As a practical matter, pilots should read things back the same way the controller said them. The point of communication is to be understood, so as long as that's happening, the details aren't important.

No canonical source exists because the regs do not require one, the local ARTCC facility is actually responsible for making sure there are no "similar sounding fixes" which is why there may be local pronunciation lists but as per the regs:

Five-letter names that are assigned by the Mission Support, Terminal Procedures and Charting Group and major commands will be coordinated with the associated ARTCC to preclude similar sounding fix names.

You can find the full order on how fixes are named here which tells us that they merely must be pronounceable:

A single five−letter pronounceable combination serves as the fix name, assigned identifier and computer code. If a new fix is to be collocated with an existing navigation aid, ILS marker, way point, or other type fix, the original name or name−code applies to both.

So the fix names must be unique according to the local facility and subsequently the local pronunciation.

Some notes on what I have actually experienced flying:

In line with the above note about hearing it wrong, this is why pre-flight chart perusing is key, and why pop up clearances can be tricky. On a recent IFR flight from VA to CT I had a mid route clearance change near Allentown due to weather and traffic, the controller spelled at least half of the fixes over the radio for me...

Not the answer you're looking for? Browse other questions tagged radio-communications sid-star or ask your own question.

69
Why do English-speaking pilots and ATC say "Niner" instead of "Nine"?
5
Anybody know the reason for the ‘Star Wars’ themed STARs into KATL?

8
How am I supposed to track to KOSAX on the OLIVI 4W out of EDFM?
11
Are pilots expected to keep an ear out for conflicting authorizations?
14
How does ATC deal with a crew who is not capable of a clear pronunciation?
5
Why did the MSA for Taipei (RTCP) change?
8
How to guess the actual name of the SID, waypoint, etc., if you have never seen it when told by ATC?
9
Flying VFR in uncontrolled airspace, what to do if one spots an apparently out-of-control fire on the ground?
4
How is a flight routed from the last waypoint of a STAR to final?
4
How do I pick the right ATC channel to listen to my flight?
2
How do you figure out which frequency to contact approach on for a class bravo transition?