What is the effect of airflow speed on separation? 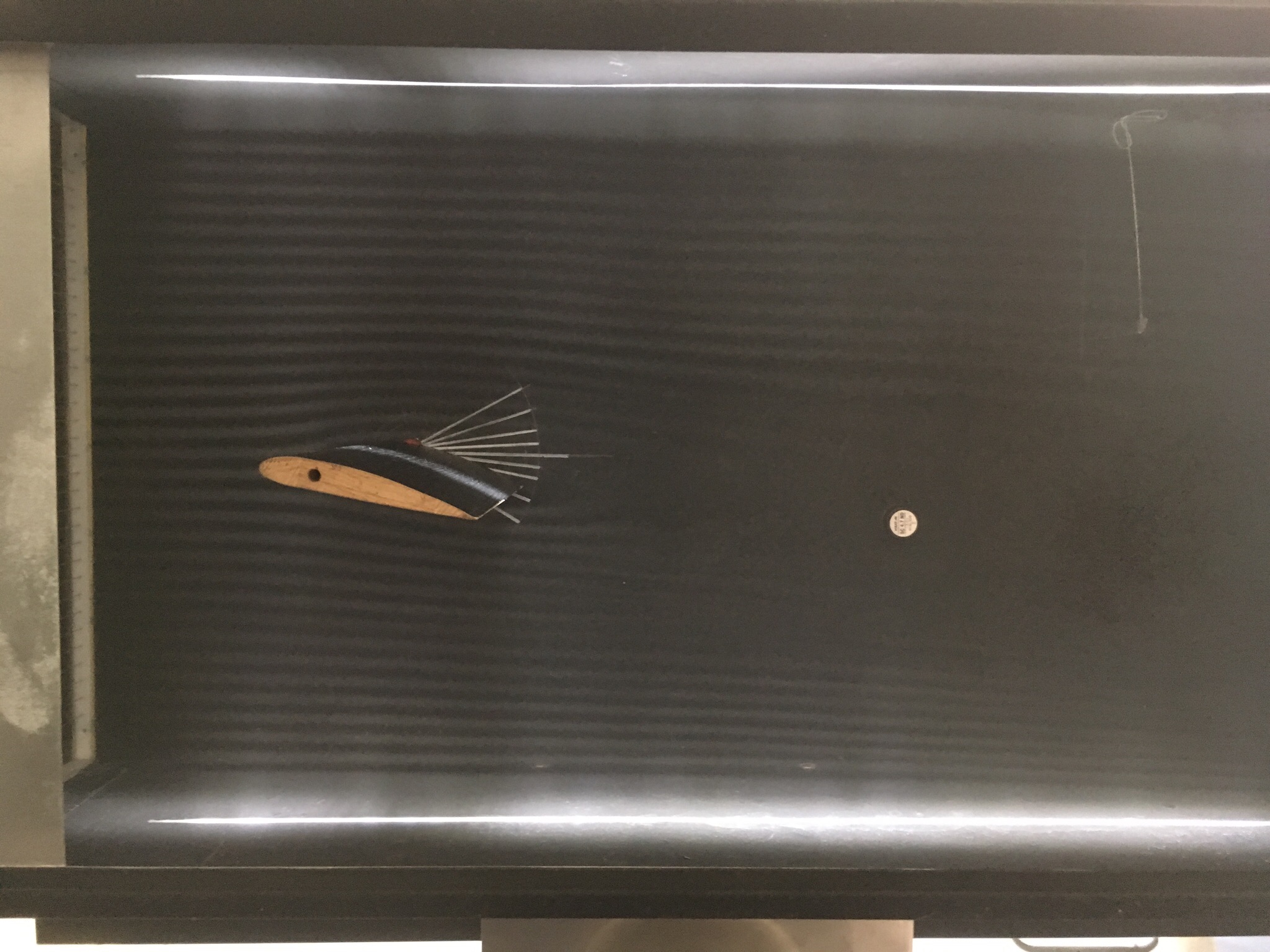 We know that in real viscous flow, boundary layer exists around the airfoil and there will be a separation point which flow starts to separate from the back of the airfoil( velocity gradient equal zero at separation point). If the flow speed increases, will separation occur earlier or later?

Demonstration on a cylinder-shaped airfoil: 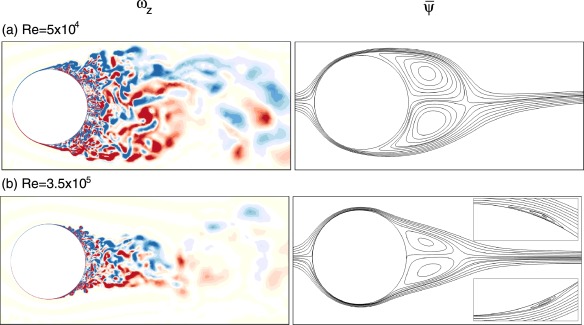 Separation occurs at the location the laminar airflow stops being accelerated, and is decelerated by areas of upstream turbulent airflow in separation bubbles created by friction (viscosity):

Velocity gradients in the boundary layer at different points in the transition area where the flow transitions from laminar to turbulent: 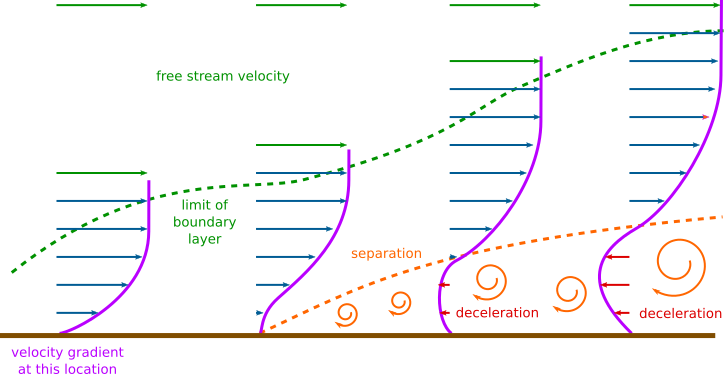 Velocity is decreasing near the surface due to friction, and at some point becomes negative. Separation bubbles appear between the laminar flow and the airfoil. In a bubble there is a secondary reverse flow and a region where air is stagnant. Downstream the bubble, air is turbulent:

While other elements affect the boundary layer separation point, this one is the largest. To counter this effect, the momentum of the laminar stream must be increased relatively to frictional forces. This is done (by definition) by increasing the Reynolds number, e.g. by increasing the airspeed.

Increasing airspeed can be obtained by accelerating the aircraft, but also by other ways. For example, different devices are used to delay the separation of the boundary layer when the aircraft must be slowed down. It consists on accelerating ("re-energizing") "dead air" near the surface, e.g. using high speed jets or vortex generators.

This is for instance the principle behind slats and slotted flaps:

The boundary layer separation is due to flow deceleration as it moves away from the leading edge and an adverse pressure gradient appears (potential flow theory).

The lower energy flow is more prone to perturbations, vortexes appear and disappear, increasing in importance. Portions of vortexes have a velocity opposed to the free stream velocity, this creates areas of "dead air". Viscosity takes over inertia. This ratio between inertia and viscosity effects is the very definition of the Reynolds number.

By increasing velocity (actually the Reynolds number), this effect is minimized: The separation point moves downstream, as the effects of the adverse pressure gradient are countered on a longer distance as visible on the velocity gradients shown on the flap/slat picture above.

Flaps/slats have the additional advantage (over vortex generators for instance) of increasing the wing surface, hence restoring lift lost when the airplane was slowed down.

Not the answer you're looking for? Browse other questions tagged aerodynamics aircraft-performance wing or ask your own question.

25
Why does airflow separate from the wing during stall?
1
How much is thickness of air layer with zero velocity at wing surface?
0
What is relation between Reynolds number-turbulent flow-flow separation?

5
When approaching stall, why does the center of pressure move back?
1
How to calculate the velocity gradient at the wall normal to the wall (Boundary layers)?
1
What is primary cause of shock induced separation (shock stall)?
8
Transonic buffet - reason for a rapid movements of the shockwave along the wing chord line?
2
What causes the adverse pressure gradient that leads to flow separation?
1
Can transition on an airfoil occur without prior separation?
2
Why does pressure remain constant in the boundary layer?
0
Does flow separation starts earlier at higher airflow speeds?
4
Is it possible to have a separated boundary layer without having reversal flow?