What are the aerodrome services SRE and CEV?

eAIP in France list two services on AD-2 (aerodromes) for which I have no clue what they stand for. They are not known to AIXM neither.

Any idea what these services are? Thanks a bunch!

When in doubt, check GEN 2.2 for a list of abbreviations.

There are two types1 of flight activities in France, civil and military, they are clearly separate:

CEV and SRE are ATC services restricted to CAM aviation. That's why you don't see the relevant details in the SIA AIP. The related procedures are available in the MilAIP. Description of them follows.

Contrary to what is observed in some countries (e.g. USA), aerodromes are never shared between civil and military flights. Military have their own air bases which are inaccessible to civil flight (unless exceptional circumstances, including emergencies), except State agencies.

Tests in flight are under the management of a State administration which performs these flights as CAM traffic, both for civil and military tests.

This administration has been known as Centre d'Essais en Vol (CEV), but has been reorganized a few years ago and is now part of Direction Générale de l'Armement (DGA), the French Defense Procurement Agency. 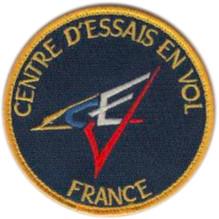 For its test flights, DGA-Essais en Vol (DGA-EV) uses the ATC "CEV service". Only selected ATC centers provide a support to DGA-EV on a specific frequency.

DGA-EV can be seen like an operator, performing only flight testing with specific privileges. You may read about DGA / EV in this Wikipedia article (Google Translate).

One well known CEV aerodrome has been Brétigny CEV. Brétigny was a flight testing aerodrome near Paris, collocated with BA 217. More on CEV history in the French document (pdf, no translation available).

You mentioned LFBD, Bordeaux-Mérignac. There are at Bordeaux some DGA aicraft used for flight testing, e.g. this Fokker 100: 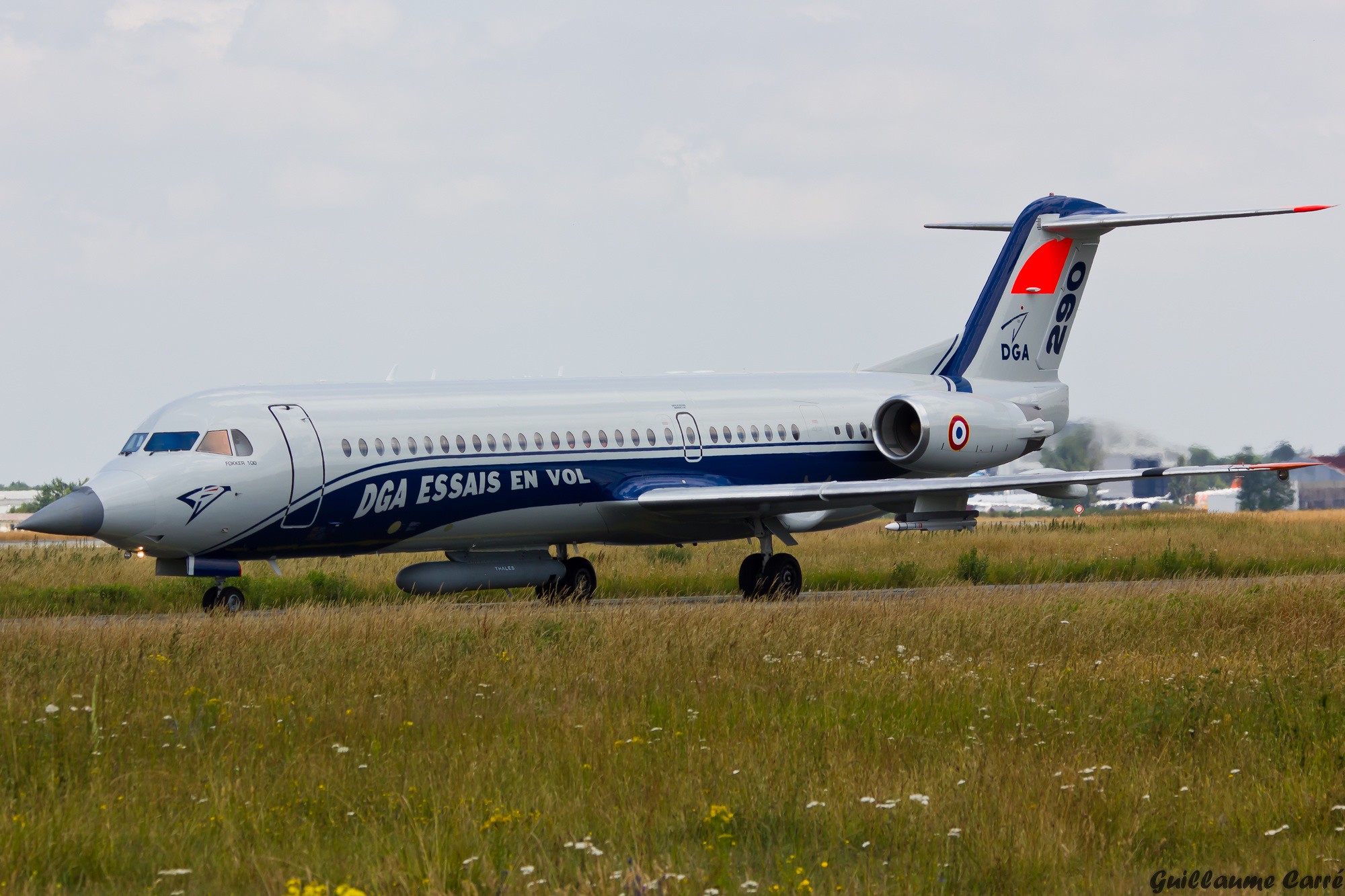 It seems the tests are related to the missile visible under the tail and / or the Thales pod.

There are flight testing ATC operators at specific positions in the ATC room, which task is to support such aircraft. Regarding the MilAIP documentation for LFBD:

You can see there are two Special Controlled Temporary Airspace used for flight testing, with the corresponding CEV callsign and the schedule for activation (7 am to 4 pm, business days). In France, S/CTA are controlled by military operators. (There is a third S/CTA but under the control of Cognac. I mention it just because Bordeaux and Cognac are well-known, but not for their CTA.) 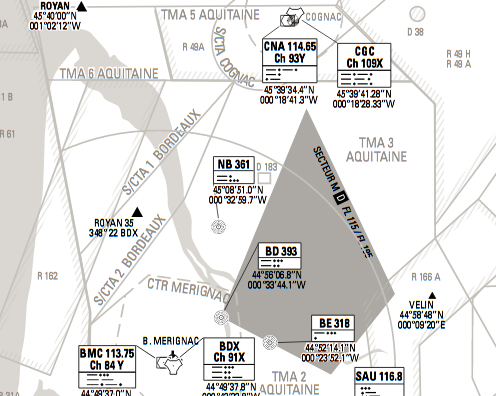 A SRE is a long range panoramic radar, part of a Ground Controlled Approach (GCA) system. The GCA is composed of two segments:

Difference between a SRE radar (left) and a PAR radar (right):

As you mentioned LFOA, below is the PAR procedure at Avord base (BA 702 / LFOA) looks like this: 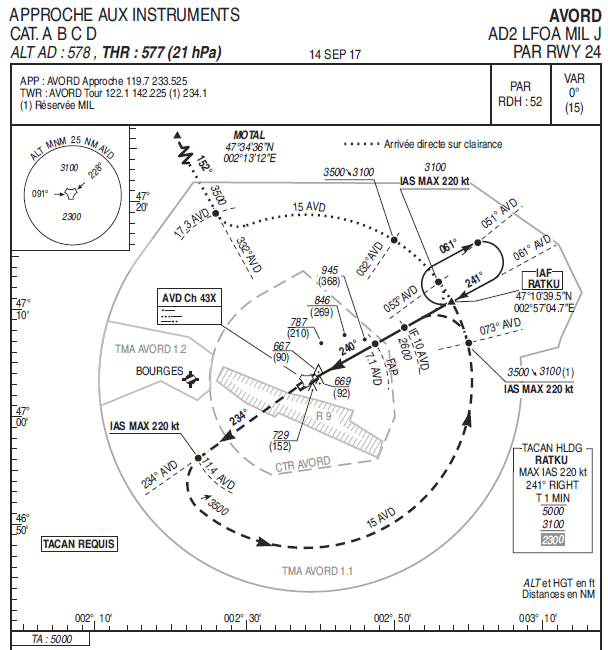 The PAR approach above for example requires a Tacan transponder in the aircraft, something civil aircraft don't have (they have the DME portion but miss the bearing determination one).

See also: What is a SRE approach on PPRuNe. More here in French (Google Translation).

Note1: To be exhaustive, there are two additional types of traffic: CER and COM:

Not the answer you're looking for? Browse other questions tagged france publications or ask your own question.

8
Where is the airport in Disneyland Paris? (DLP)
3
What did Paris' de Gaulle airport look like before the t2 expansion?
6
What is the reason for the sudden increase of French published accident and incident investigation reports in 1997?
2
What are service letters and service bulletins?
7
What is Lower Traffic Area (LTA) airspace in France?
2
How much can a plane deviate from its route to Paris (CDG and ORY) before an alert is raised?
3
Why doesn't GA aircraft use the JASC/ATA document standard?
15
What is this small number on the top right of an IAP?
7
Why does the UK CAA restart its page numbering with every new chapter of their CAP publications?