Was the Space Shuttle aerodynamically neutral while piggybacking, or did the combination act like a giant biplane?

Trying to investigate this question, I see that 'Ask the Captain' says:

But of course it is different, since cargo is generally carried inside an aircraft.

There was a fairing for the Shuttle's engines for drag reduction, but I'm wondering if the wings of the Shuttle had some aerodynamic contribution to the lifting body, or whether that was all down to the 747's wings. 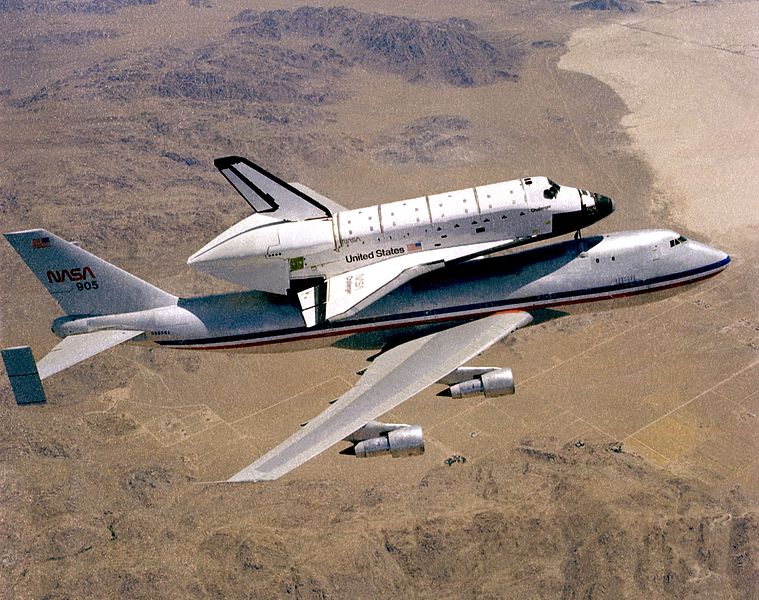 This podcast with one of the pilots answers just about every question on the shuttle carrier you could have and it's worth a full listen. But to cover the flight dynamics, I would skip to 50:33 minutes, where the pilot states (please note there is no official transcript of the podcast and I typed this as I listened to it, please see the official podcast for the actual verbiage, but this is close):

Markus Voelter (Interviewer): Let's talk a bit about the flying characteristics, did the wings of the shuttle add some extra lift or was it mounted with essentially 0 angle of attack?

Arthur C. “Ace” Beall (Pilot): It was mounted with some angle of attack, you can see that as it's sitting. At the speed we were flying, the carrier itself was about 5 degrees nose high. The shuttle was creating lift, but how that affected it aerodynamically is hard to say, it was always mounted the same way so we had no basis of comparison. It did, however, create a lot of drag and made the aircraft very top heavy so bank angles were limited.

So some lift was generated but at the speeds they were flying, other limitations came into play that were more of a concern. It's also worth noting that when in transport no one was in the space shuttle and the control surfaces were not used in any way.

Interestingly enough, for the orbiter separation maneuver to work, the Shuttle would need to have a higher lift to weight ratio than the carrier 747. Plenty of people were probably wringing their hands (including me) over the possibility of the orbiter hitting the V stab upon release, but when you see the video, it isn't even close.

This was accomplished with an lighter unloaded orbiter set at a higher angle of attack than the 747. At adequate airspeed, it simply lifted away. The higher AoA tolerance of the delta added to the safety of the manuever. I would imagine they spoiled to lift of the 747 a little too.

The space shuttle's wings are small, but they still act like wings. Their lift depends on the actual angle of attack. The space shuttle cannot be neutral for all angles. The engineers had a choice at which precise angle to mount the space shuttle on top of the carrying 747. I would assume that the shuttle is rather close to neutral at cruising speed, to avoid excessive drag. Then it will contribute to the lift when the combination has a larger angle of attack like during start and landing.

Yes, this is a huge biplane, but the "upper wings" are designed for returning from earth orbit and landing, not for contributing much lift to the 747 combination.

Not the answer you're looking for? Browse other questions tagged aerodynamics lift boeing-747 space-shuttle biplane or ask your own question.