What is the naming convention for European airways?

I know that in the U.S. low altitude airways are called Victor (below 18.000ft, e.g. V123) and high altitude routes are called Jet (above 18.000ft,e.g. J123). Can somebody explain the European airspace routes naming? Thanks! 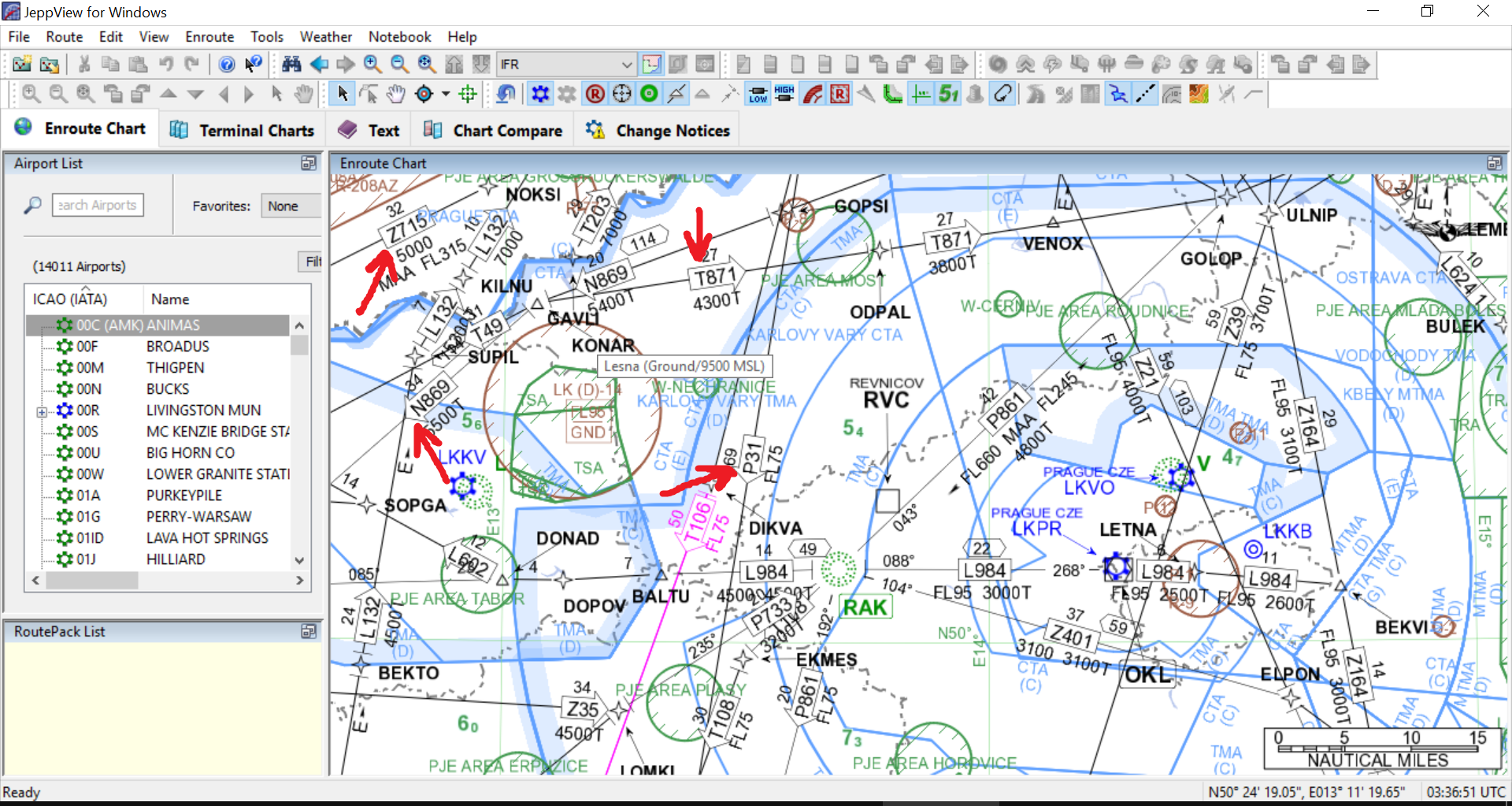 Your map shows the Czech Republic. By checking the Czech AIP GEN 1.7, we see that they don't list any differences from the standards of the ATS route designators listed in ICAO SARPs Annex 11 Appendix 1.

By contrast, in the UK AIP, it says (emphasis mine):

The majority of ATS route designators have been changed to comply with Appendix 1 requirements.

In plain language: When it comes to airway (ATS route) designators (1 letter and 1–3 digits; additional supplementary letters are not part of the basic designator), ICAO has set standards (as opposed to recommendations) for the world to use. And the Czech Republic uses those standards.

The current groups are:

A regional ATS route is usually one that passes through more than 1 FIR (usually 1 FIR covers a whole country – out of 151 countries on that list, 116 have 1 FIR, and 28 have 2). And an RNAV route is one that doesn't require external navaids.

You may also find a preceding U (Upper) acting as a supplementary letter to indicate upper-airspace routes (analogous to the US J-airways). Example close to LKKV in your screenshot: 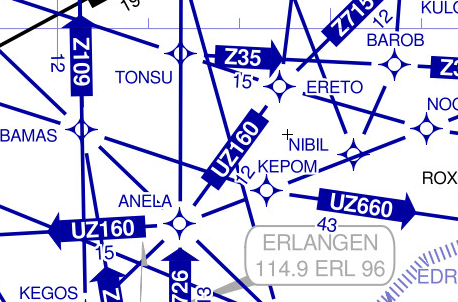 ATS routes in Europe are designated just like the rest of the world. ICAO publishes guidelines for the designation of ATS routes in Annex 11, which are adopted by almost all countries.

A route will consist of a possible prefix (see below) a letter (see below) and a basic designator (a number between 1-999).

The three types of prefix are:

U to indicate an upper route, available only in upper airspace

or S to indicate a route only used by supersonic aircraft (not very common).

The letters can be:

A, B, G, R for regional routes which are not RNAV routes

In addition, states may add the letters F or G to the end of a route to indicate that the route is in class F or G airspace respectively. To my knowledge, this is not very common (and most ATS routes are in controlled airspace anyway).

Not the answer you're looking for? Browse other questions tagged easa eu airways or ask your own question.

0
What do the Airway Letters and the following numbers mean?
21
When using the phonetic alphabet, for airways, should we say Uniform or Upper?
8
How are Victor airways defined and numbered?

13
Is there an online source for European Instrument Approach Procedures?
4
Is there such a a thing as a single European pilot's license?
7
How can a pilot fly a distance of 594 NM connecting two VOR's?
8
Flying VFR in uncontrolled airspace, what to do if one spots an apparently out-of-control fire on the ground?
11
Do airways with multiple numbers (e.g., J89-101) imply combined segments?
1
What is the Saint-Venant formula for calculating equivalent air speed (EAS)?