What are the issues involved in converting a quadjet into a twinjet?

One obvious solution to the kerosene-guzzling-quadjet problem would be consolidation: replacing the two engines on each wing1 with a single, bigger engine (for instance, replacing a 747’s four JT9Ds, CF6s, RB211s, or GEnxs with a pair of GE90s, or an A340’s four CFM56s or Trent 500s with a pair of Trent 700s or GE90s).2 However, this generates the obvious problem that the wing might need to be redesigned for the different stress distribution of a twinjet, as opposed to a quadjet, design. Still, the change doesn’t have to be large. For instance, the A340’s wing is already almost identical to the A330’s; just deactivate the extra fuel tanks, chop off the bulge under the wing that was introduced to keep the airflow around the outboard engine from breaking the wing off, take away the outboard pylons, swap out the inboards for a pair of A330 engines, and you’re in business.

Yet, despite the massive efficiency advantage to be gained, there’ve been hardly any serious proposals to reengine quadjets into twinjets in this sort of way, indicating that there’re other issues that’re showstoppers for twinjetting a quadjet; what are they?

1: I’m leaving trijets (DC-10, L-1011, MD-11, etc.) out of this discussion, as converting one of those to a twin doesn’t involve any change in the number of lateral engines - just taking out the center tail engine and making the laterals somewhat bigger. Also excluded are tail-mounted quadjets (VC10, Il-62), as these use conjoined engine pods (two engines per pylon), meaning that the two engines on each side could be swapped out for one bigger engine with little or no change in the stresses on the pylon and rear fuselage.

Yes, you'll get a wing redesign to allow for the higher weight and thrust of the engines: the inboard engine mounts now need to be twice as strong.

You can also run into ground clearance issues. An engine twice as powerful is often also larger. Here's a GE 9X engine being tested on a Boeing 747. You can see it's pretty close to the ground, and needs a really short pylon. 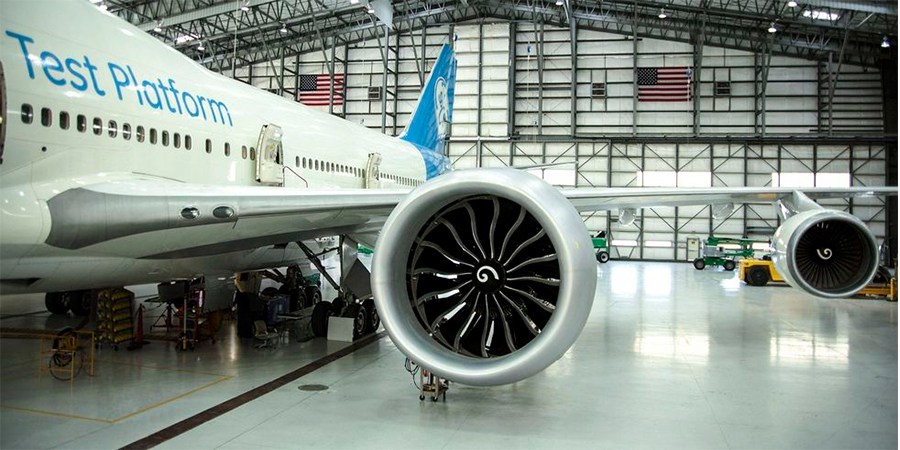 Going from 4 to 2 engines also means replacing half the instruments in the cockpit. You could save a lot of weight by removing the wiring for the outer engines, but that'd be a major operation.

Historically, the advent of high-bypass engines coincided with the introduction of widebody aircraft for a huge increase in passenger capacity and efficiency. So e.g. Boeing could make more money by offering a new design instead of selling 2-engined 707s.

For the remaining 4-engined airliners (B747 and A380) no engine is powerful enough to allow a 2-engine conversion. An engine powerful enough would be even bigger than the GE 9x shown above, and would scrape the ground when installed on a 747.

Finally, I'll leave you with a response to footnote 1: The VC-10 was used to trial the RB.211 engine, which was 2x as powerful as the original Conways: 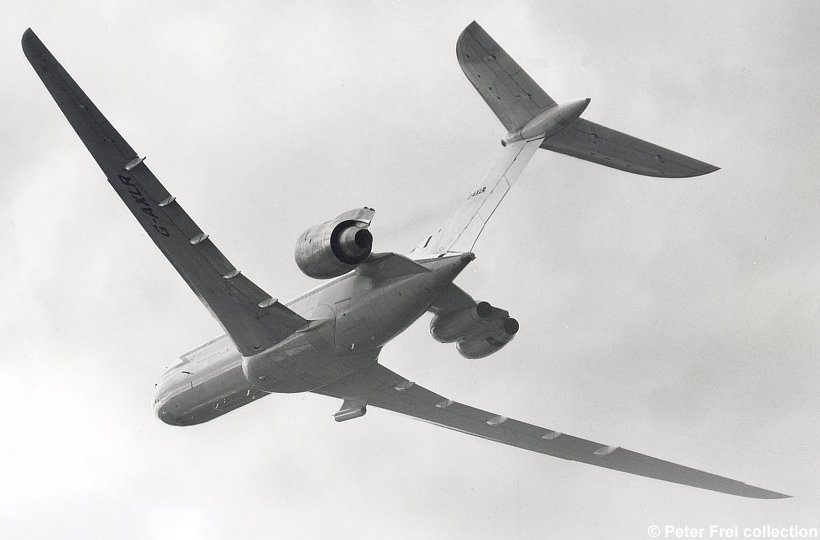 The thing you are proposing might be marginally feasible in podded-engines-on-the-tail, or perhaps the Comet, but there is absolutely no sense in converting a jet like the original 747 into a mega-777.

As you can see, this is in effect a brand new design. So why not start a new design and let it be a twinjet right from the start?

Not the answer you're looking for? Browse other questions tagged aircraft-design jet-engine airliner or ask your own question.

10
Is there a real risk of ingesting FOD into jet engines when using thrust reversers?
33
Why do we never see high-bypass turbofan engines sharing the same nacelle on large airliners and similar aircraft?
5
Is the twin vs quad engine industry preference really challenged?
16
Have we seen the last significant experiments in the configuration of jet airliners?
6
Why hasn't there ever been a large 4-engine commercial airplane with 2 engines on the wings and 2 engines at the tail?
5
How can a modified ramjet produce static thrust without a turbine?
4
How does wing bending relief of an a340 compared to an a330 allow it to carry 30t more fuel in a center section of nearly identical wings?
18
Why does the B-52 have such a tiny rudder?
4
What would be the impact of replacing the engines on the 737 MAX, not just reworking MCAS?
7
Why are the B-47’s inboard and outboard engines mounted so differently?