Which propeller configuration is the one that generates the least turbulent flow in a wind tunnel?

I looked at the post here but still have some questions Why are push-propellers so rare, yet they are still around?

This is along the same idea but the answers are not too helpful either. Pros and cons of a pull-push propeller configuration

I am sw engineer so maybe this is a dumb question (if you can link resources i can read that would be the tits) but suppose you had an engine prop setup in three possible ways.

Now suppose your not trying to fly, but just generate as much thrust as possible in a closed environment (or move as much air as possible like an AC duct system or wind tunnel). Is the third setup superior? If so by how much? Assume the same engine/props in all setups.

Assuming the third setup is superior at moving air, if you keep adding props in a closed environment like a wind tunnel at some point you must hit diminishing returns. If you had 100 pull/push/pull/push/pull etc in a row for example, would that be even better than 1 set of pull/push motors/prop setups? I would imagine at some point the flow would be so disturbed that it would actually lower the airspeed.

I am trying to build a wind tunnel and i want to create the most airspeed possible. I currently have designed 4 pull/push motors/props setup throughout the system but I dont know WHY i did this, it just seemed to make sense. There are 8 DC motors with 5" props in a 6" piping system that loops back on itself.

To clarify what i am asking, I want to create a wind tunnel with the highest airspeed i can generate. I have designed 4 sets of push-pull props (placed back to back on electric motors) and each set is placed along this closed system (wind tunnel) in different places where i think the air would slow down. In my head each set will resemble the coaxial rotors from this video:

I am looking for insight as to if this is worth doing, and how they scale. Is a single prop better than having the two back to back forcing air in the same direction? If there are gains by adding more props to the system, is there a limit where the flow just becomes so turbulent that it actually pushes air slower?

I could put 8 props all forward along the way, or i could put 4 sets of push-pull props, or i could use some number less than 8. In this image i plan on placing the 4 pairs of motors/props where the arrows are: 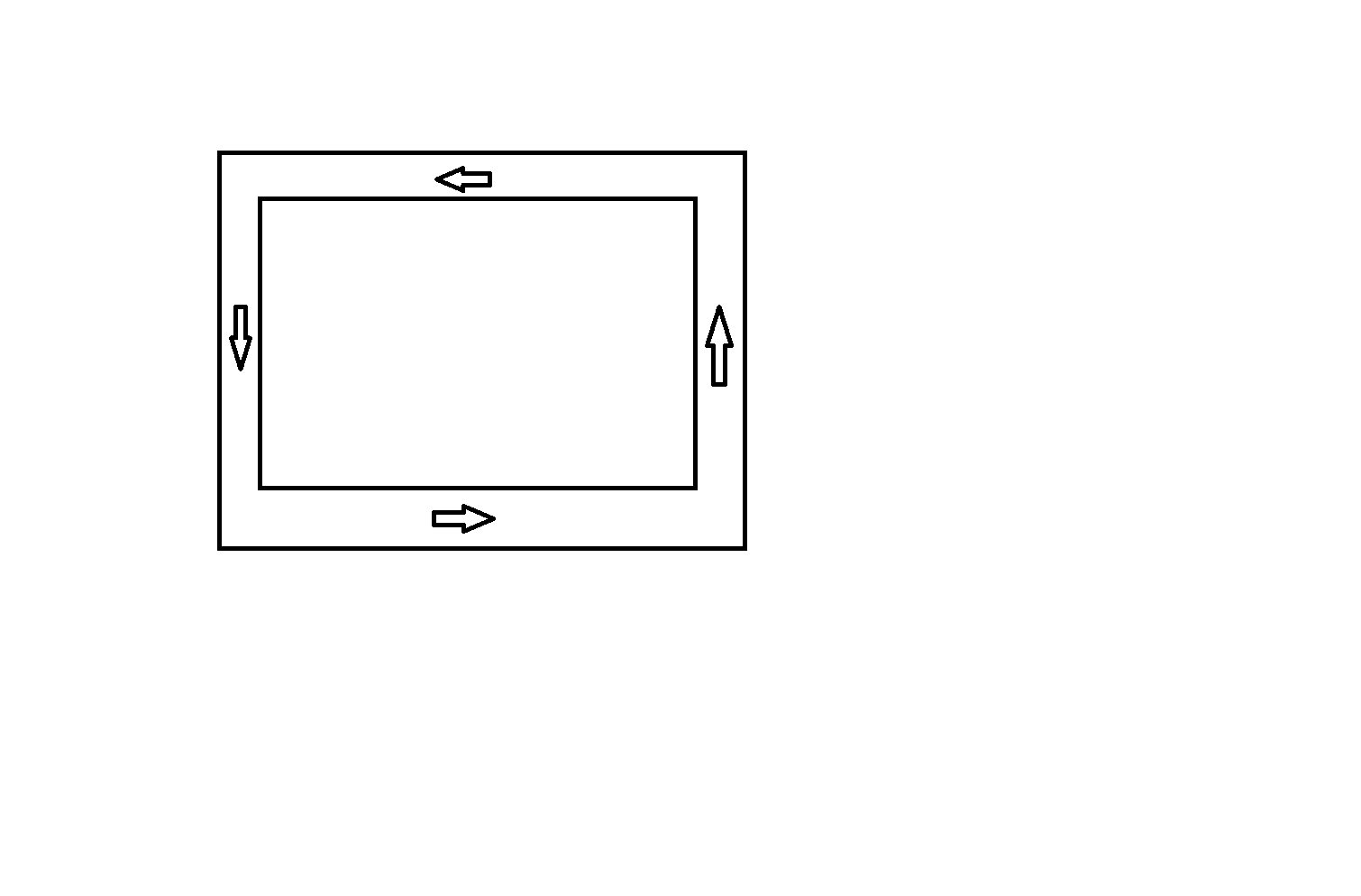 I apologize for the confusing question, im a relative aviation noob compared to the people here. I can try to re-ask this question if things are still confusing, but please help me ask a better question next time (if im using the wrong terminology or missed a tag or whatever)

Pusher props are less common than "puller" props for the following reasons.

A "puller" prop spins around in air which has not yet been disturbed by the passage of the airplane through it. This means the airflow over the prop blades will be as close to ideal as possible, and the amount of thrust the prop will generate will also be close to the theoretical maximum possible for that prop design.

A "pusher" prop spins around in air that has already been disturbed by the passage of the airplane's wings and fuselage through it: it is working in the wake of the airplane, and as it spins, it moves in and out of the wake of the wing or the fuselage. Each blade will generate a little less thrust in the disturbed air inside the wake and a little more thrust in the undisturbed air outside the wake.

This cyclic variation in thrust sets up vibration in the propeller shaft and radiates sound waves away from the prop. The plane is therefore noisier both inside the plane and outside.

In general, this means that a pusher prop will almost always be less efficient than a puller prop, and this will be true in a wind tunnel too because all the same principles apply.

The situation is actually worse in a wind tunnel, because you want to have the smoothest and least turbulent air flow possible in the tunnel so you can get the most accurate and consistent data out of it.

The worst combination in a wind tunnel would be a series of pusher/puller combinations because these would be adding the most turbulent, swirling air motions into the airstream.

Not the answer you're looking for? Browse other questions tagged propeller thrust wind-tunnel or ask your own question.

48
Why are push-propellers so rare, yet they are still around?
2
Pros and cons of a pull-push propeller configuration