What is the most effective of propeller's rotation in a two-propeller engine airplane?

Consider two-propeller airplane as picture below (picture 1 (the above) and picture 2 (the below)). Which one is the most effective configuration to produce thrust power, stability, structural design, etc if still any? 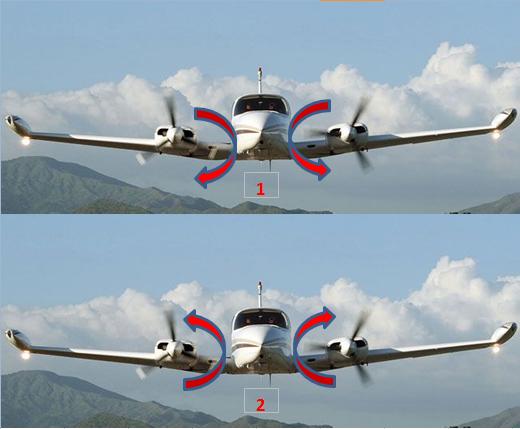 TL;DR: The first one.

It all comes down to P-factor. 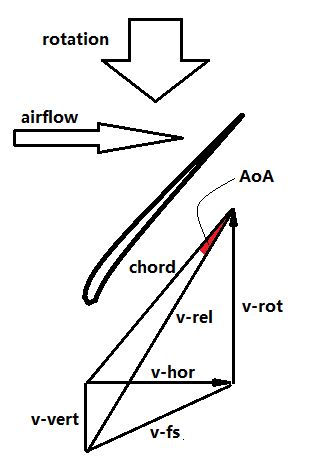 However, life does not always turn out as we want it, as the engineers at Lockheed learned the hard way when testing their XP-38. They had gone through the trouble of using handed engines and props, making the starboard engine turn counterclockwise and the port engine clockwise. Now the fighter appears to be perfect: no torque, no gyro, a minimum yawing moment in a single-engine-out situation. But the XP-38 had pitch control issues which were later found out to be caused by the downwash created by descending inboard blades hitting the wing section between the boom and the central nacelle, creating a disturbed airflow trapped between the twin booms and finally affecting the elevator. In the end, they had to switch the engines' positions so the P-38 ended up with two critical engines.

Not the answer you're looking for? Browse other questions tagged aircraft-design aircraft-performance aircraft-physics or ask your own question.

7
How to start deriving longitudinal equations of motion for an aircraft?
21
Why do most single propellers have a clockwise rotation?
10
About climb: If we use T/W as input, the second grade equation yields two solutions for W/S. Are both solutions realistic?
17
Why is max endurance different for jet and props?
17
Does lift equal weight in a climb?
2
Which one is more effective produce power of this two turbine's location?
0
A question about the exact meaning of one British usage of the term “Angle of Incidence”
2
How can I calculate the relationship between propeller pitch and thrust?