What is the purpose of this interesting pattern of class E airspace in northwest Alaska? 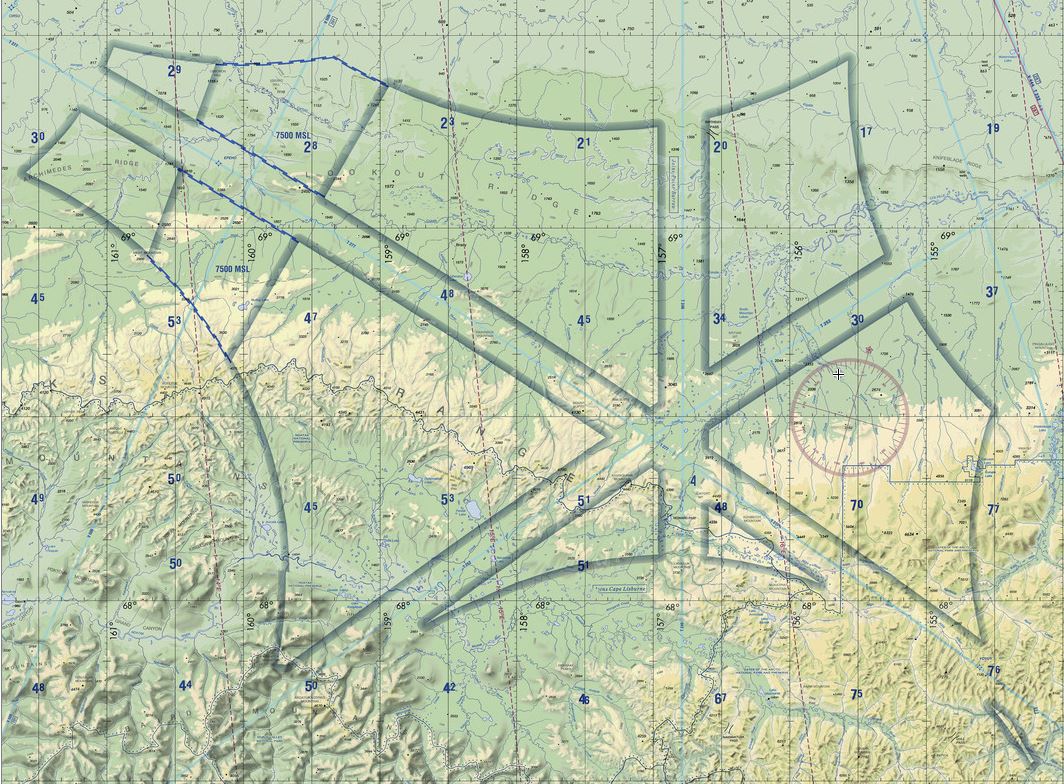 It can be viewed in more detail here.

What immediately jumped out at me is that

My best guess is that this airspace exists to facilitate IFR/VFR separation where three RNAV routes intersect, but that doesn't necessarily explain all the points above. I'm hoping that someone familiar with the area and/or better at searching FAA publications can lend some insight.

This is easier to explain in reverse: rather than why there is so much class G airspace there, why is there so much class E airspace everywhere else?

Remember, all airspace is class G unless it has been designated something higher. Wind your clock back to the early days of aviation, and the entire country was class G!

However, that isn't very safe, particularly in bad weather. Pilots were getting lost and running into each other.

So we got navaids and radios, and narrow strips of airspace along between navaids became controlled airways, i.e. class E. If you scroll over to Canada in SkyVector, you can see what this probably looked like.

Fast forward several decades, and there are now so many airways criss-crossing the US that they've merged into one big class E blanket, so it's easy to forget how we got here.

But there are still a few areas where the airway density never quite reached full saturation, mostly in mountainous terrain (of which Alaska has a lot), and those pockets still remain class G--and reveal the past.

As to why the V airway in your example has a different floor than the T airways, I'd assume that comes down to the minimum VOR reception altitude due to the terrain. Other than the floor, though, it's the same.

Not the answer you're looking for? Browse other questions tagged airspace aeronautical-charts class-e-airspace class-g-airspace or ask your own question.

2
What does "outside controlled airspace above 1200ft AGL" mean?