What disadvantages does flying a drone close under a ceiling have?

If I want a drone (quadcopter) to be flying always under a surface and close to this surface (i.e: under a table 5cm away from the surface), which are the disadvantages this would have in the lift generation of the drone? 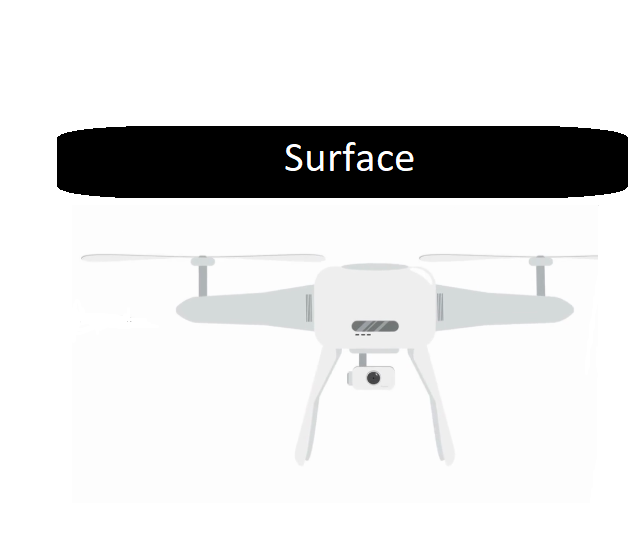 How much would be the lift lost due to this flying conditions (in percentage or with calculations if possible)?

For a quadcopter, flying close underneath a flat surface will increase the amount of lift produced, but this will make it harder to control (unless the quadcopter is equipped with appropriate control software).

According to comments by Alex and Peter Kämpf, if you fly a quadcopter close underneath a flat surface, the quadcopter will tend to get "sucked up" and collide with the surface. You will have to reduce power dramatically in order to go back down.

You could probably make a quadcopter under a ceiling easier to control by equipping it with a proximity sensor (or perhaps an accelerometer) and software which automatically reduces power when the aircraft gets close to a ceiling. It could take a lot of tuning, but with the right control algorithm, it would probably be easy to maintain a constant distance under the ceiling.

So, why does a quadcopter behave this way? I don't know if any research has been done on this, but I can make an educated guess.

So for aircraft flying below a flat surface, presumably something similar happens. The propellers create a low-pressure region between themselves and the upper surface. That once again increases the amount of lift produced.

(In the extreme case, with an object which is in contact with the upper surface, it's possible for the object to create a low-pressure region above itself, and thereby keep itself up, using no power at all. That's what a suction cup is.)

For posterity, here are the comments by Alex and Peter Kämpf that I referenced above:

I can say that when I fly my smaller sized quads indoors that its more of a suction cup response. The few that I have all have generally the same effect. If I fly to close to the ceiling I end up sucked up to it where then I have to dramatically drop throttle before they are released. It takes a surprisingly little amount of power to maintain the suction effect. Keep in mind they all have duct motors with a flat surface on top (no camera or antenna sticking in the way) so that may provide more suction action as well. – Alex 2019-01-16 15:50:56Z

There is an important difference: While 'regular' ground effect is dynamically stable, this inverted ground effect is the opposite. Coming close to the ceiling means that the quadcopter will be sucked up until it collides with the ceiling. – Peter Kämpf 2019-01-16 16:26:17Z

Not the answer you're looking for? Browse other questions tagged lift unmanned-aerial-vehicle quadcopter or ask your own question.

10
Does a quadcopter have flight modes beyond traditional aircraft?
13
What is the actual air speed over and under a wing due to Bernoulli's Principle?
4
In case of a drone strike with an airplane below 400 feet, who is at fault?
3
Can quadcopter-like UAVs ever get significantly quieter? Any candidate technology?
9
Can I choose whether hobbyist or Part 107 rules are more advantageous when flying a UAV for fun?
14
What amount of lift would be created in the fallacious "lift from equal transit time" theory?
0
What is the feasibility of solar powered drones?
7
What are the relative contributions of the body and wings to missile lift?
4
How to calculate the number of blades?