Why does the Comet's horizontal stabilizer have so much dihedral?

The Comet's horizontal tail has a noticeably extreme amount of dihedral compared to that of, say, a 707: 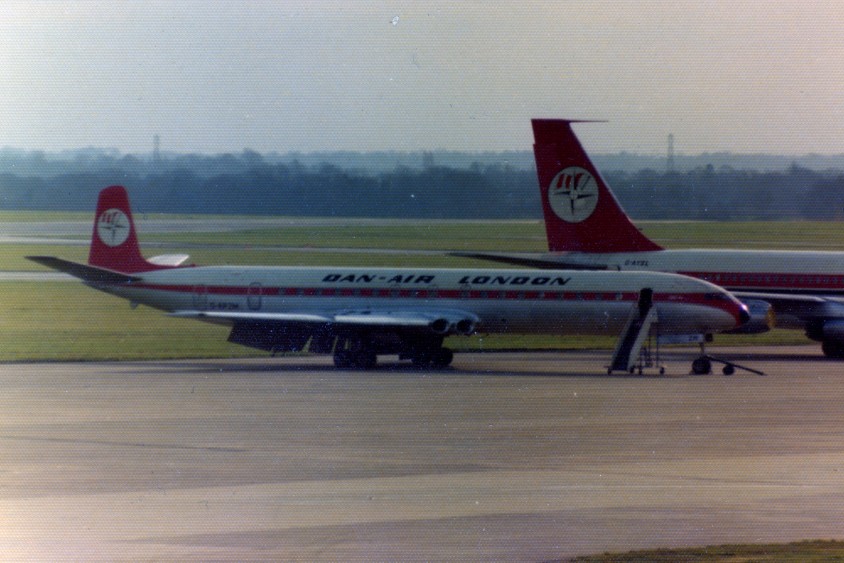 (Image by MilborneOne at Wikimedia Commons.)

Note how the Comet's tail has about twice as much dihedral as that of the 707 in the background, especially considering the Comet's quite low wing dihedral.

Why such a large amount of dihedral on the Comet's tail? Does this have anything to do with the Comet's tail being unswept (whereas most later jetliners have horizontal stabilizers that have almost as much sweep as the wings, if not more)?

As mentioned in this question, the two major factors are:

28
Why does the DC-10's horizontal stabilizer have such a pronounced dihedral?
2
How does the "pendulum effect" affect biplanes?