What are these openings around the Comet's engine intakes?

What are all these openings surrounding the Comet 1's engine intakes... 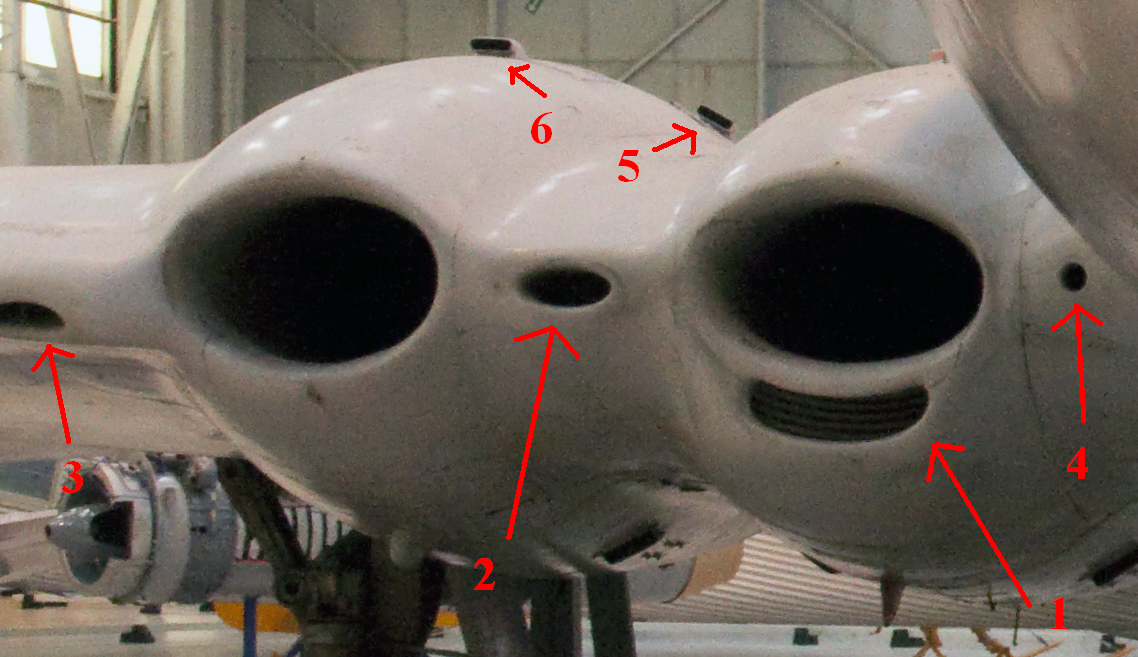 (Original image by Tony Hisgett at flickr, via Wikimedia Commons; modified by me)

and what is this opening between the Comet 4's intakes?

(Original image by Ian Dunster at Wikimedia Commons; modified by me)

The De Havilland 106 (DH 106) "Comet" was a UK airliner, the first commercial one with jet engines, introduced in 1952 under the colors of BOAC. The last aircraft was retired in 1997. The Comet 1 is known as a great engineering achievement, but also for its initial series of catastrophic failures. These accidents led to the understanding of metal fatigue caused by decompression cycles (after a famous structural test) and the generalized use of openings with rounded corners by all airliners. Beside technical achievements, the aircraft and other of the same era are also remembered for their beautiful shapes.

Cutaway, showing how engines are buried in the wings: 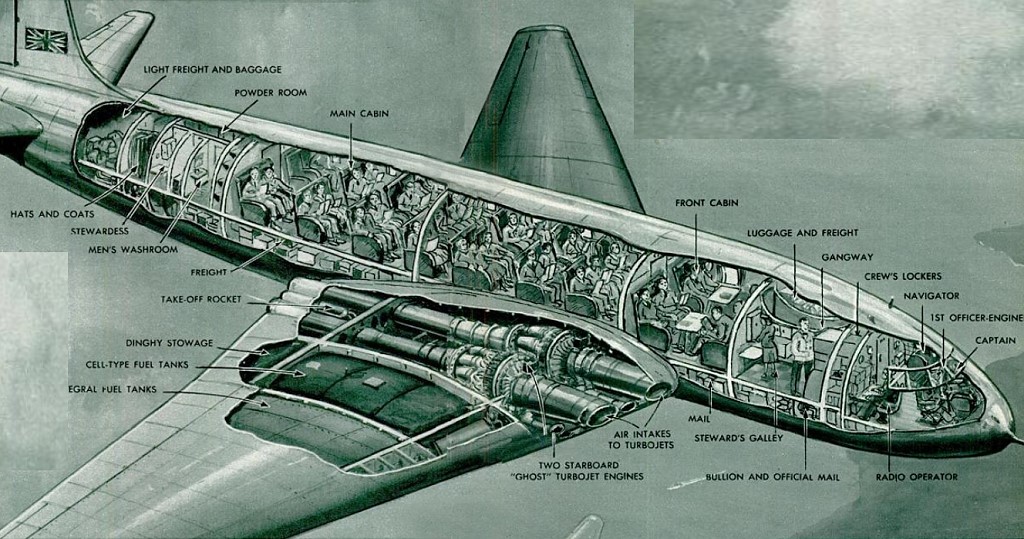 The Comet 1 was an interim version until the more powerful Rolls-Royce Avron engine development was complete. The Comet 1 engines were Halford H.2 Ghost aka De Havilland Ghost 50 Mk1 or simply Ghost.

From left to right:

On the top of the wing, there are scoops, more visible in the Comet 4 picture below. 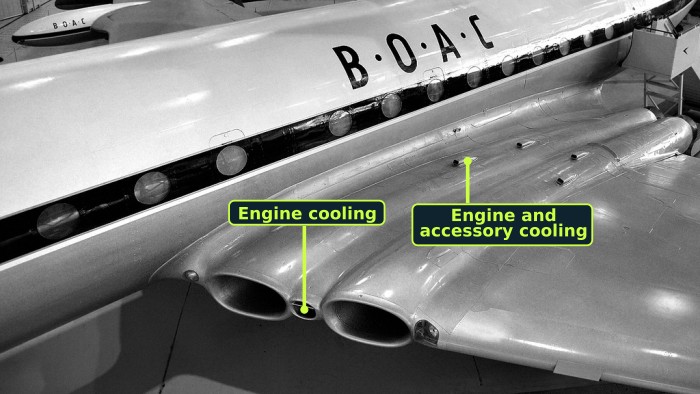 The Comet 4 engines were Rolls-Royce Avon AJ.65 with twice the thrust of Halford H.2 Ghost.

10
What is the function of the protruding outlet on the Trent XWB?
46
What is this hole at the front of the engine pylon on a Boeing 707?
20
What are these "pimples" on the jet engine for?
2
Why are the throttle levers for the Comet's outboard engines shaped funny?
3
What are these engine gauges in the Comet 4 for?
3
What are these openings on the TBD/TBM Avenger?
31
What are these Lights on the Center Column between Cockpit Windows on the A320?
11
What is the piston/leg on the aft wall of the L-1011?