Is there a good online source on rotating detonating pulse engine?

I can't find a clear presentation that would explain the workings of a rotating pulse detonation engine graphically, only useless (to a layman) cfd simulations of the combustion chamber. Please share if you know a good online source to learn about this design.

The idea seems fairly simple. Here's a [icture from one article and an explanation from another. 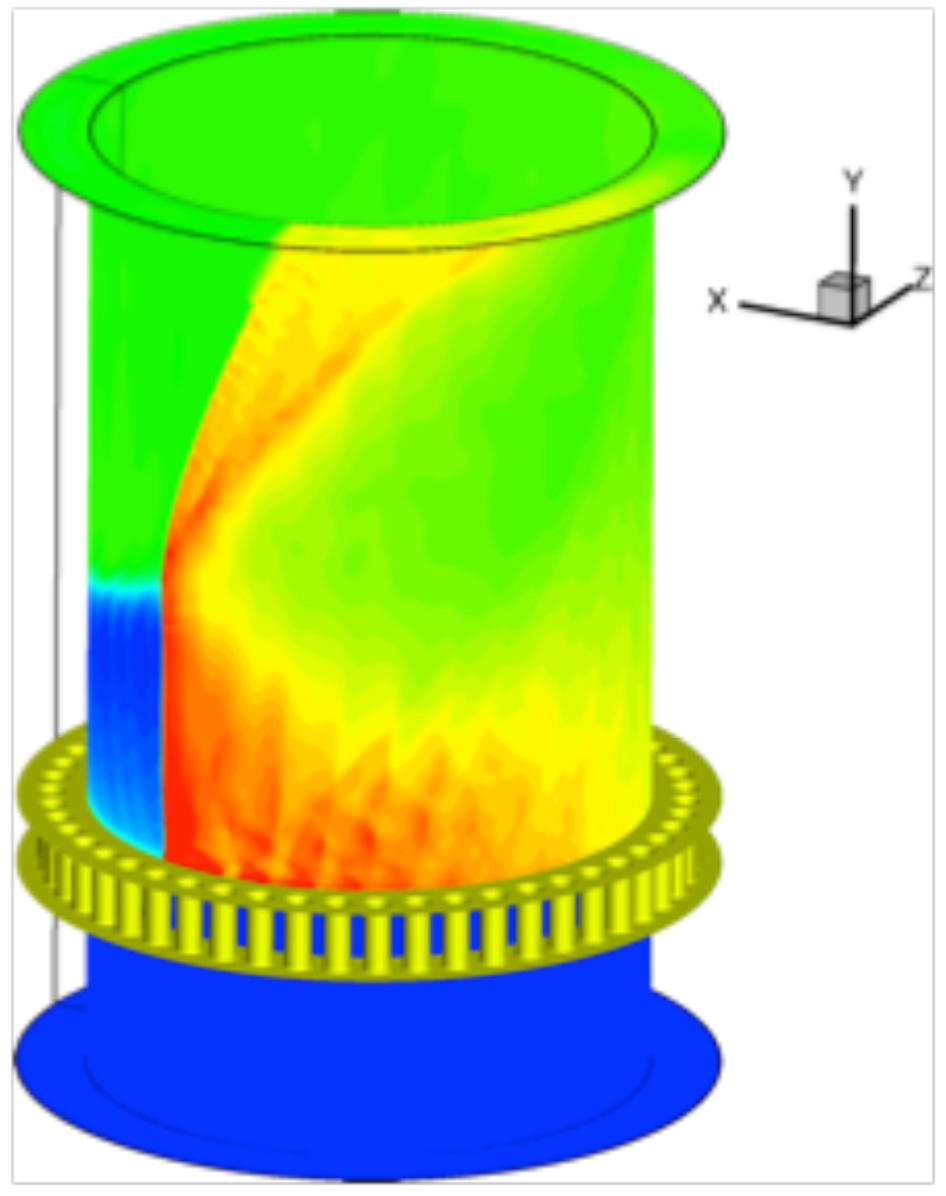 Micro-injectors squirt a pressurized mixture of fuel and air into a combustion chamber the shape of a long ring (annular cylinder). Then, this gas mixture explodes, with the explosion spinning around the circumference at supersonic speeds. The high pressure produced by the detonation forces exhaust gases upwards (in this diagram) and out of the chamber, where they expand through a nozzle and produce thrust that can be used to push a turbine or aircraft.

Unlike a PDE, which requires repeatedly initiating detonations, an RDE only requires one detonation that spins around and around the chamber, continuously producing thrust.

So there's no conventional turbomachinery. The detonation wave moves in a circle round the chamber, jumping from injector to injector. The only moving parts are the fuel injector pumps. I'm not sure how you throttle it, though.

Not the answer you're looking for? Browse other questions tagged engine-design or ask your own question.

8
How is the central hub / shaft casing of a two-spool jet engine assembled?
5
What is a good place to start learning about pulse jets?
4
Why is there a pressure drop in the combustion section of a jet engine?
8
How does a labyrinth seal work when the engine isn't rotating?
8
Why are there fewer stages in the turbine than in the compressor of a turbine engine?