Who runs the Air Traffic Control system in Canada? Is it the government?

No. Unlike the United States where the Federal Aviation Administration (FAA) is both the operator and regulator of the air navigation system (ANS), these roles are separated in Canada and performed by two different parties. They are:

The Government of Canada passed the Civil Air Navigation Services Commercialization Act of 1996, which effectively sold the ANS to a newly-formed corporation, "NAV CANADA" for the price of $1.5 billion dollars. Since 1996, Transport Canada's role has changed to regulation and enforcement; they introduce, amend, revoke, and enforce the Canadian Aviation Regulations.

NAV CANADA become the sole operator of the civil ANS and is a private company whose revenues come from aviation customers and technology sales, not Government of Canada. 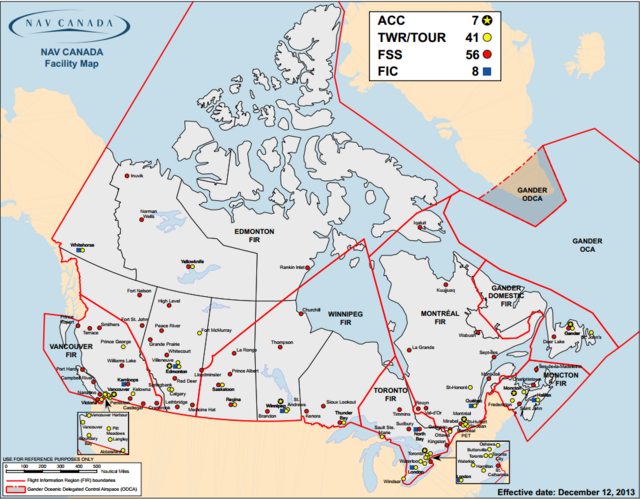 Not the answer you're looking for? Browse other questions tagged air-traffic-control canada or ask your own question.