Does the wing to fuselage fittings of an airplane ever experience shear load?

In general, the answer is yes. The answer depends on the details of the fittings. Note that most realistic loadings are a combination of tension rsp. compression and shear. If - for example - the wing of your ultralight is held together by shear pins (note the name!) which are inserted in vertical (up-down) or horizontal (forward-backward) direction, they will transmit those centrifugal loads as shear from one wing bushing to the other.

The same goes for the transfer of lift forces inside the spar and - again, depending on the details - into the fuselage. The web of the spar is meant to carry the shear loads and those are transferred by ribs to the attachment points. Other designs use a front and rear spar which attach directly to the fuselage. 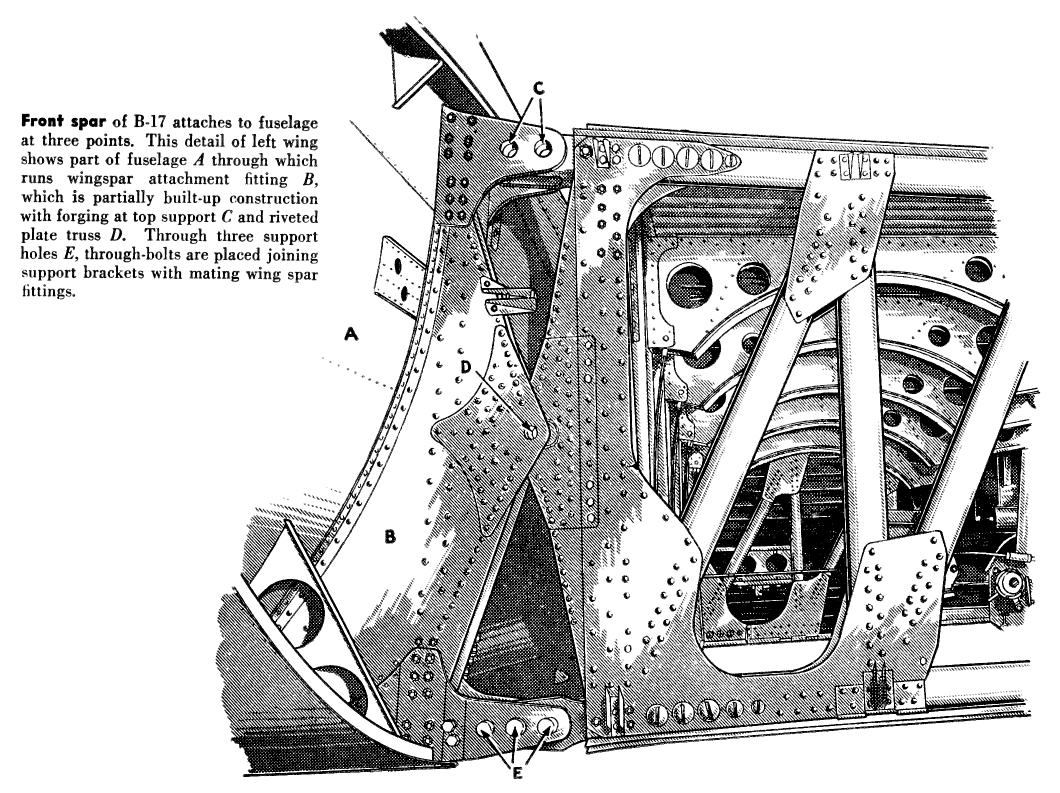 The picture shows the front spar attachment of the B-17 (source). Granted, this is not exactly an ultralight, but the same principles apply. At positions C, D and E it uses shear pins to transfer the lift loads into the fuselage bulkhead.

19
How does chord length affect wing design?
1
How do wing ribs withstand lateral lift force?
1
Is the shear centre of a wing the same as its aerodynamic centre?
3
Accounting for torsional forces during wing load tests
4
How to calculate the shear centre of a wing?
3
Does a rotating control surface change the wing area?
5
Does load factor affect roll rate?
2
How much lift does the wing attach fitting actually carry?
2
Does a biplane need wing twist?
5
How to calculate bending moments and shear forces on a wing?