If all passengers moved to the back, front or one side, would they crash the plane? [duplicate]

Would the load shift of all passengers herding at the back, front or one side make the plane hard or even impossible to keep in the air ?

Are there any passenger aircraft where this could be a problem ? 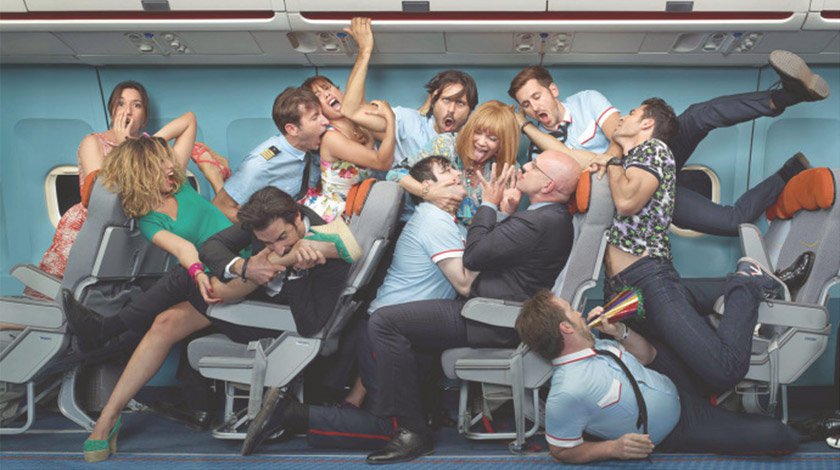 scope: Q2507 is about unspecified movement of some passengers ("passengers moving around"). This would hardly be a problem. The scenario presented in this question here is an entirely different one, viz a hypothetical extreme case where ALL passengers gather in 1 spot at the front or back. Also, it addresses a very famous airline myth, and as such it has a valuable purpose.

The issue at hand is known as weight and balance. Most of the larger airliners do not have much of a problem with a large shift in Passenger weight but shifting cargo has indeed caused accidents (See https://en.wikipedia.org/wiki/National_Airlines_Flight_102) which was what happened when a large amount of cargo, not properly secured, fell towards the back of the aircraft during takeoff causing the B747 to crash.

In general, the smaller the aircraft, the more sensitive it is to Moment and Arm changes in its weight and balance. If there is too much weight towards the rear (known as Aft-CG) then the pilot may not have enough down-elevator authority to keep the aircraft from pitching up even further.

A forward-CG problem may also happen where there is too much weight towards the front of the aircraft which may cause the pilot to run out of UP elevator authority during the landing flare, causing a nose-first landing.

Both fore and aft Center-of-gravity issues have caused airline crashes in the past although usually not from passengers but rather shifting cargo not properly secured.

I am not aware of any sideways loading issues that could not be corrected with aileron (assuming both wings are attached). Flying with more fuel in one wing than the other can be tiresome but is usually safe.

Not the answer you're looking for? Browse other questions tagged passenger aircraft-physics weight-and-balance aircraft-limitations hypotheticals or ask your own question.

9
What can passengers do if they realise their plane is not on the right path?
39
Are pilots allowed to let passengers fly the plane?
22
How would you brief passengers who will try flying your plane?
4
Would a refueling stop be cheaper than finding lodging for all the passengers?
7
If all control surfaces were disabled, could a passenger plane be controlled by distribution of the passengers?
2
What if all passengers move from one side to the other?
1
What are the financial implications for Lufthansa (and other airlines) of keeping the back row of their A320neo free of passengers?
8
Why would a plane perform 360° turns to balance fuel on the ground?
3
On the Ka-50 coaxial helicopter, why does the bottom rotor flap up on the right side instead of in front during forward flight?