What would be the power requirements and performance of a Scroggs-type delta-wing aircraft with a 250 cm span? 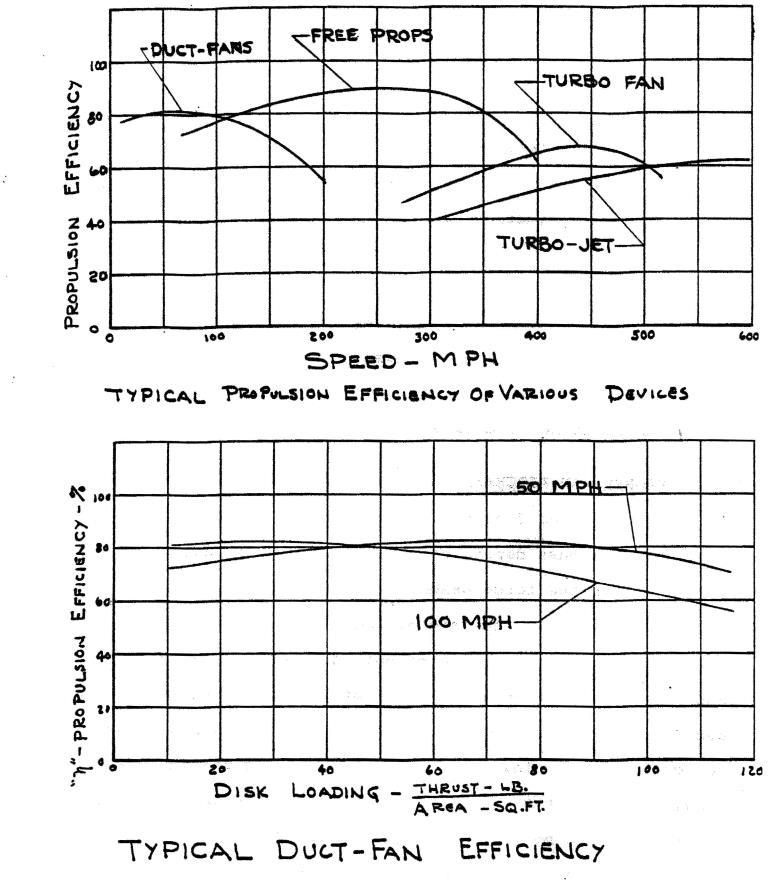 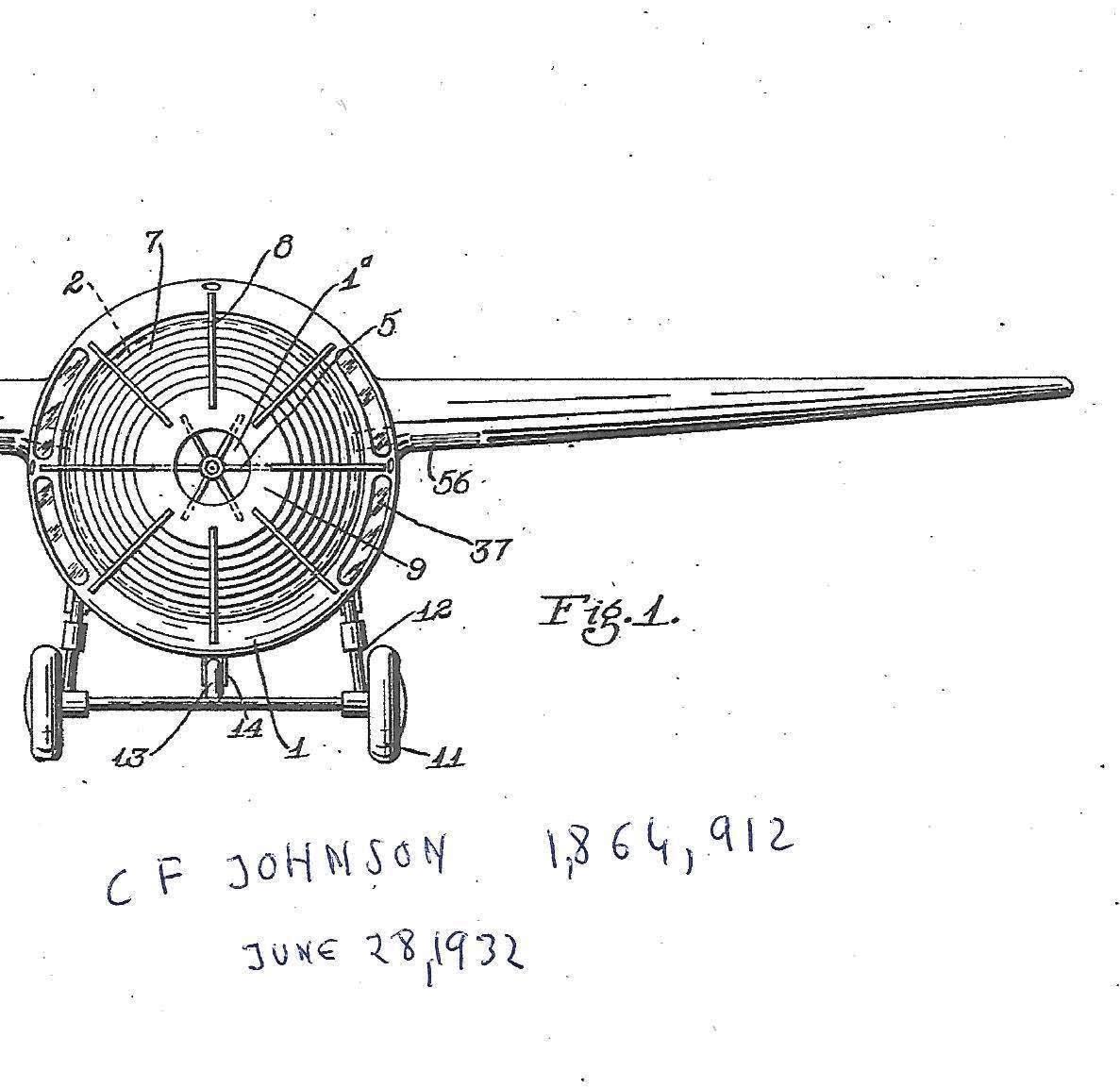 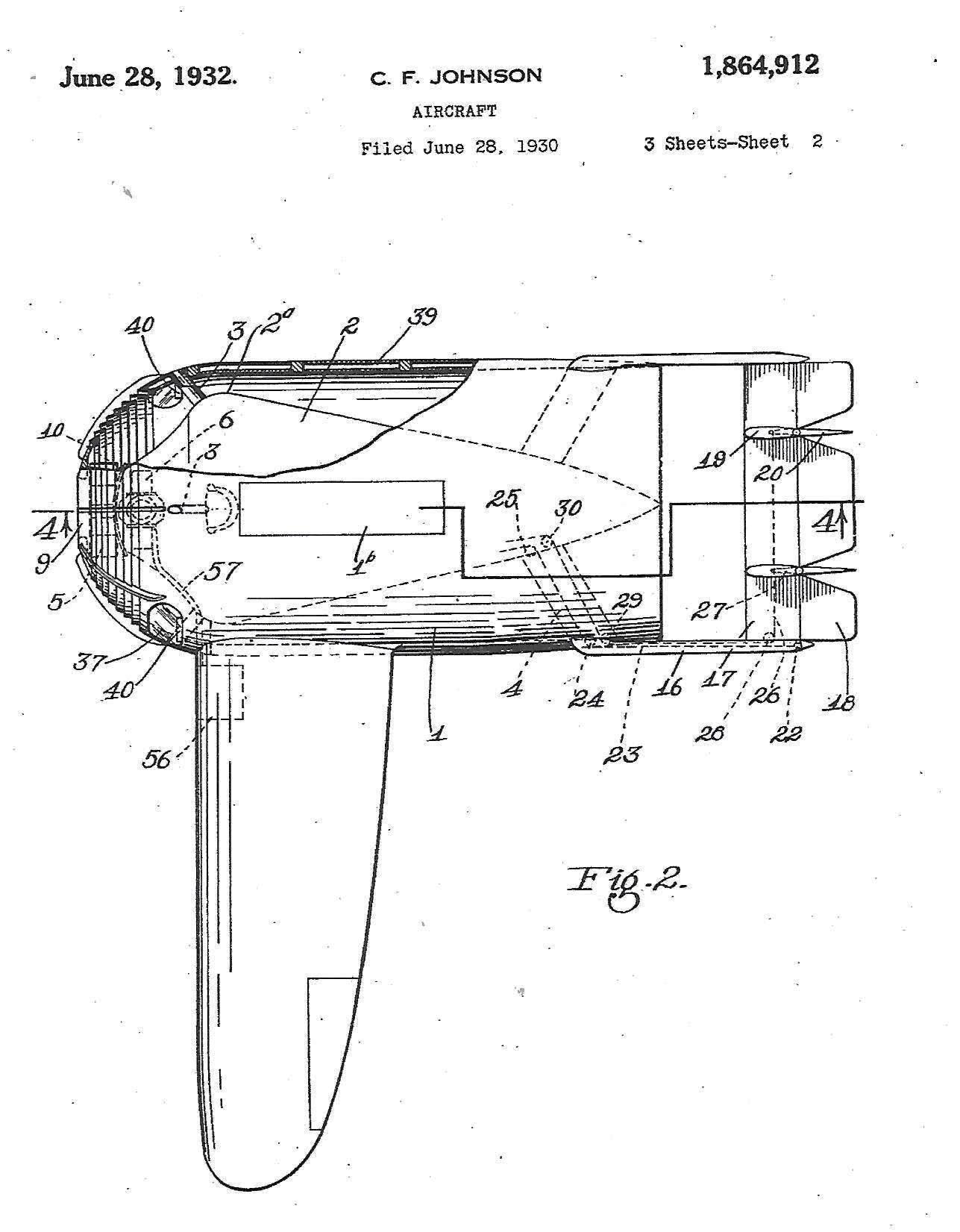 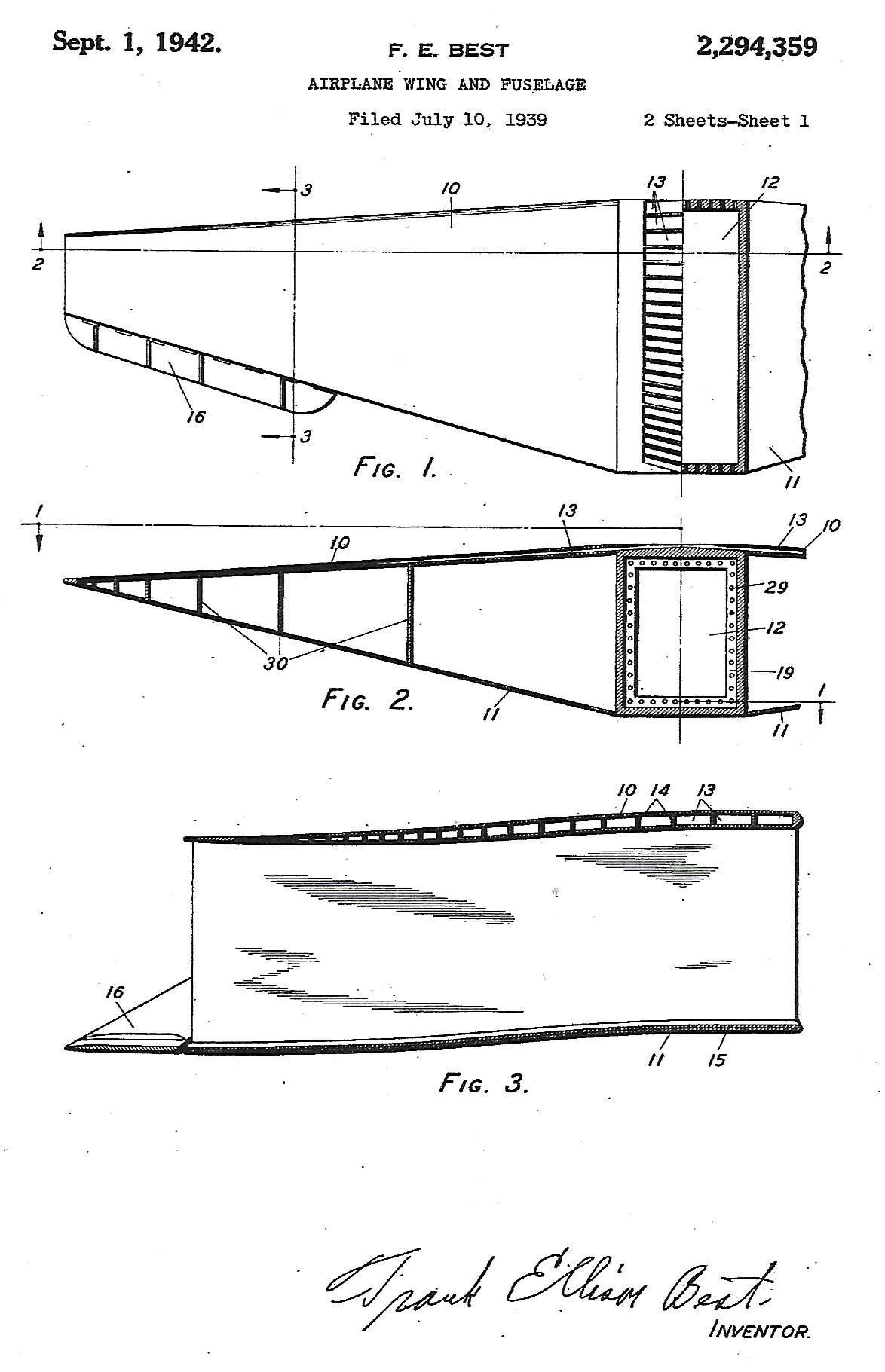 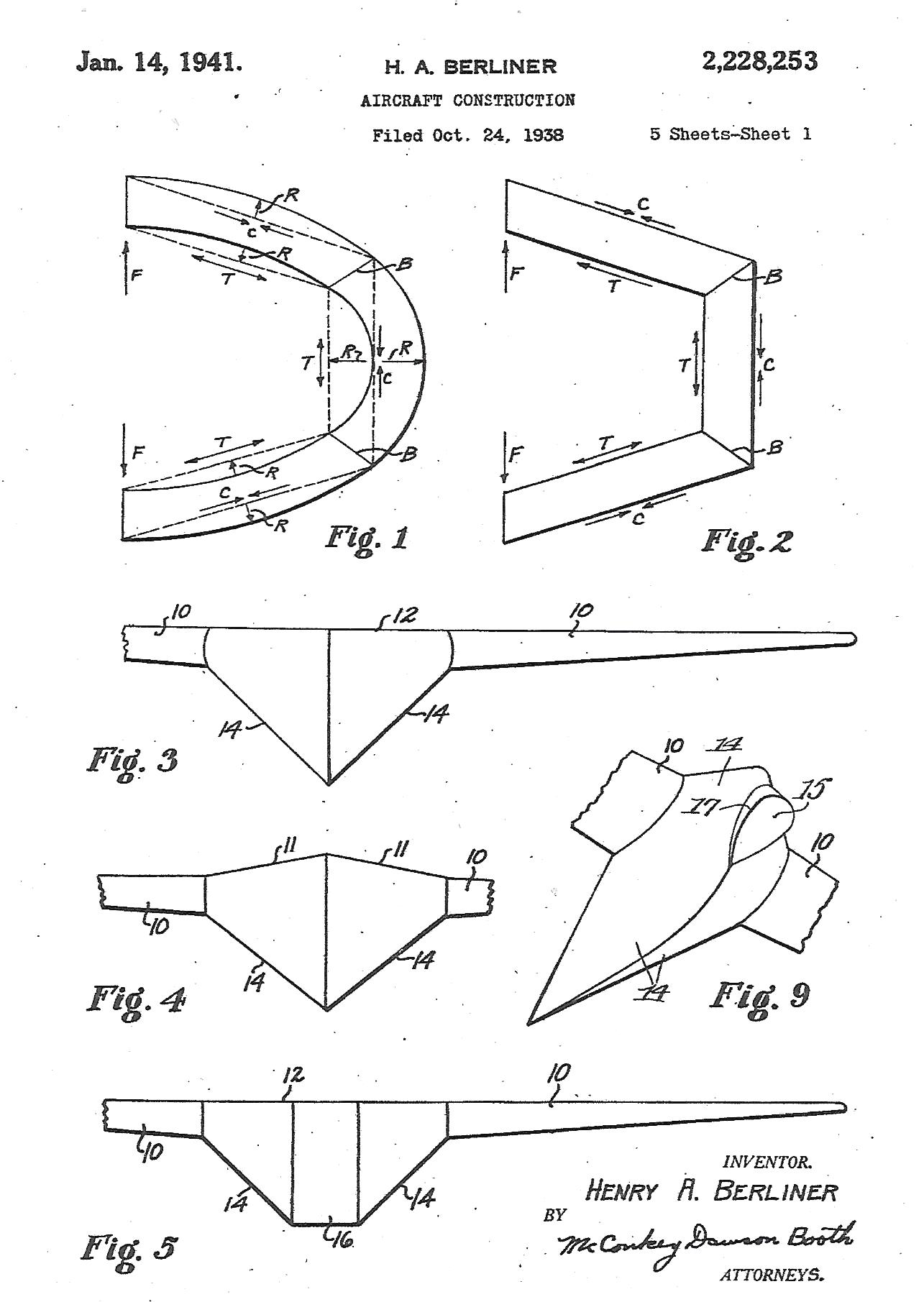 with an OX-5 engine, they say anything would fit an OX-5 powered airplane, as in Besler Steam Airplane, it had same Leading Edge swept, 60º, as Handley Page HP 115 of 1961, that tested the Concorde wing ( ) The page of an study from the French ONERA about vortex over a Delta plan wing is an experiment conducted with the type of pointed wing in the description by Jones, and in the Langley tests on A Lippisch DM-1, but it's not sure if flow will be identical on a truncated point Delta, as used in first Saab 'Draken'.?? 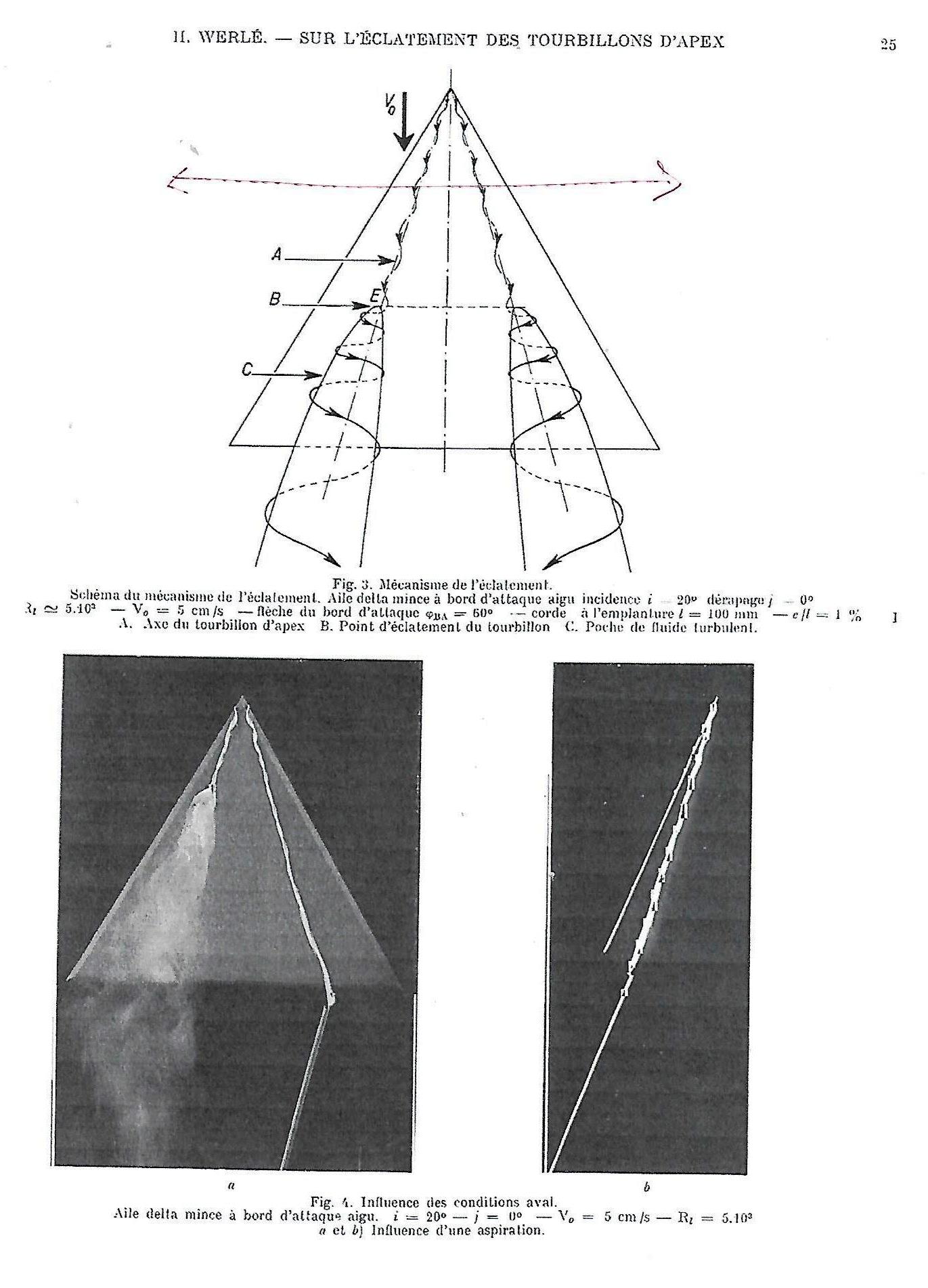 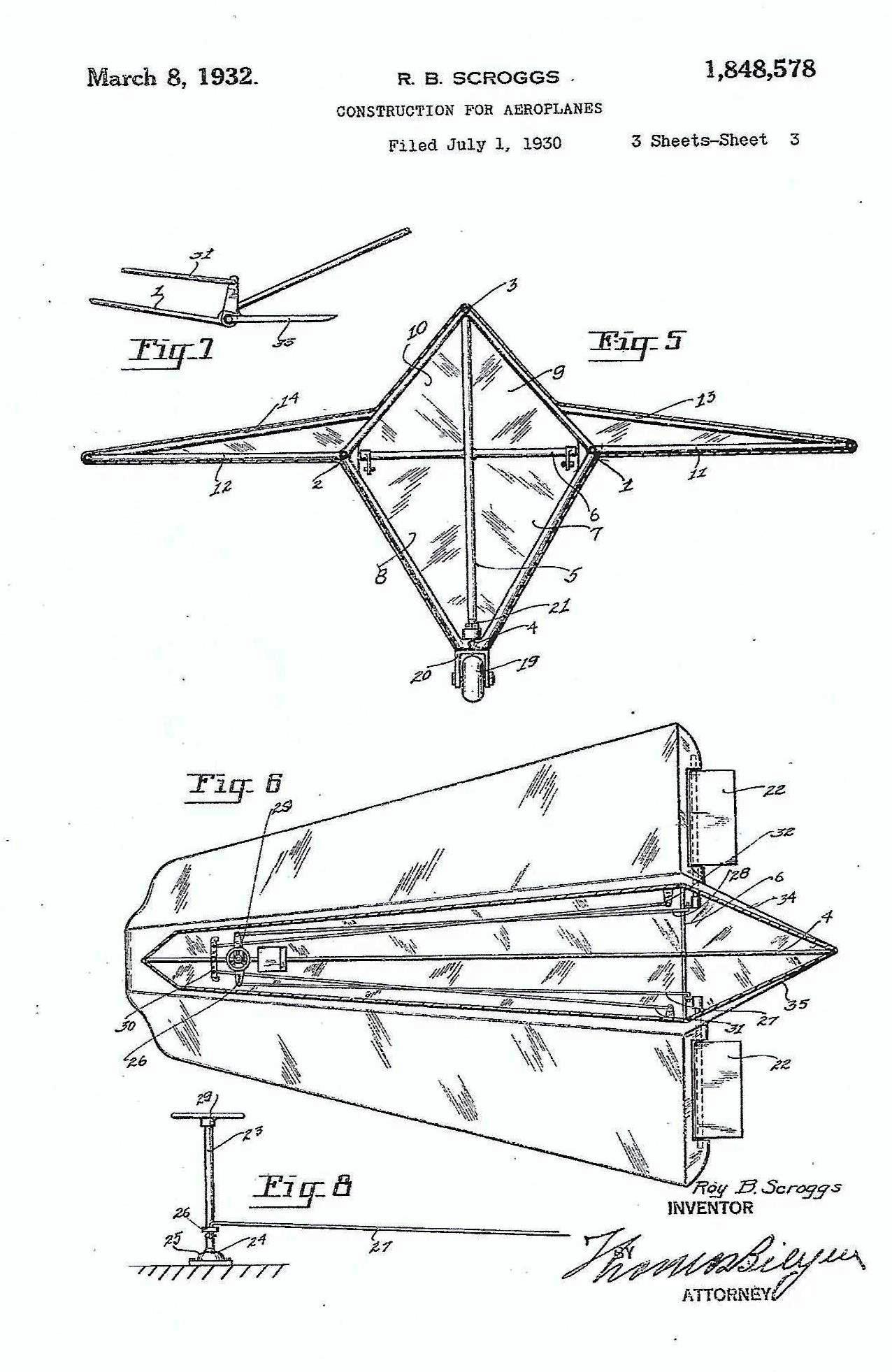 I wonder what the power requirements and performance would be of an Ultralight Airplane with a wing span of 250 cm, maximum width allowed on the road, and a total weight less than 299 kg. 115 kg empty weight is the class limit for Ultralight

First, thank you for unearthing this unorthodox design!

However, it shows that paper airplanes don't scale well. Nevertheless, it follows the same laws of physics, so the same equations should apply for a quick performance evaluation. What have we got?

But what speed is achievable? We need to guess the wing area in order to find the stall speed. I assume 4 m chord and 1 m span at the leading edge, so the wing area is 7 m². Using a maximum lift coefficient of 0.75, this means you cannot fly slower than 30.24 m/s. Whoa! That is 58.8 kts or just below the 61 kts limit for the old FAR 23.

The fixed and unfaired landing gear will be another source of drag; here I simply double the friction drag in order to account for it, too. I expect that a detailed drag analysis will not change the result substantially.

Your idea of filling the separation area with a ducted fan is probably costing even more performance. Please consider that now you have a high-speed stream of air flowing through a duct running along the length of the fuselage. Better to narrow the fuselage in the rear half so it ends in a vertical rudder.

If we now assume that you avoid any boattail drag this way, flying straight and level at 40 m/s will need a total of 42 kW. Add 50% for manoeuvring and climbing (those extra 21 kW translate to a climb rate of more than 6 m/s - looks OK) and a propeller efficiency of maybe 75% (look at this answer - that could be as low as 60% in reality!), and you end up with an engine requirement of 84 kW or 112.6 HP. It looks like you need a Rotax 914 or similar engine, the mass of which will eat up one third of your budget.

Not the answer you're looking for? Browse other questions tagged aircraft-design aircraft-performance delta-wing airframe-and-powerplant or ask your own question.

16
What is the performance of a flat plate wing?
13
What is the method to calculate a finite wing's lift from its sectional airfoil shape?
8
How does Reynolds Number affect skin friction drag?
1
Are there any aerospace examples of applying a boat tail?
1
What is the Efficiency of Cessna-150's Propeller?

11
What are the advantages and disadvantages of a delta wing compared to a swept wing?
39
What type is this aircraft with "inverted" wings?
3
What type of variation in temperature does the wing undergo?
5
How is the centre of lift and centre of gravity misalignment problem solved in Delta wing aircraft?
2
Would the Concorde have been better off using a tailed delta wing?
2
What is the wing span in aspect ratio's calculation?
0
What will be the performance penalties of increasing the wing area of a delta winged aircraft to obtain a lower approach speed?
5
What effect does wing loading (high and low) have on aircraft performance?