Why does a sharp leading edge result in a larger pressure peak? 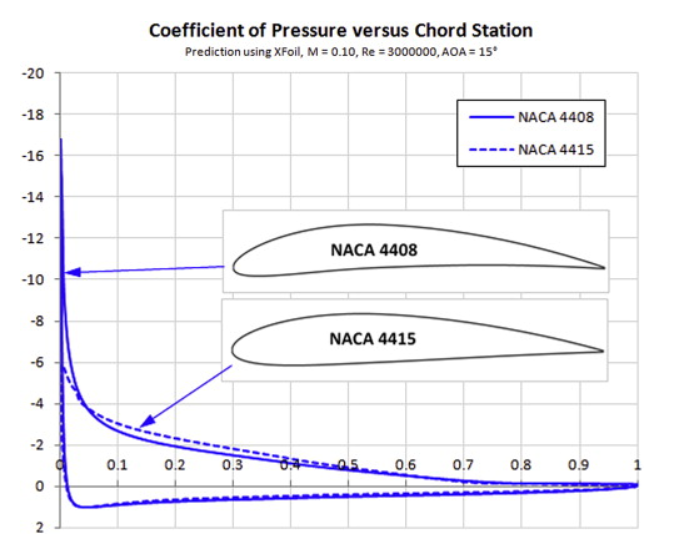 I know in the real world the sharp leading edge (LE) will results in a larger pressure peak compared to a large radius LE. 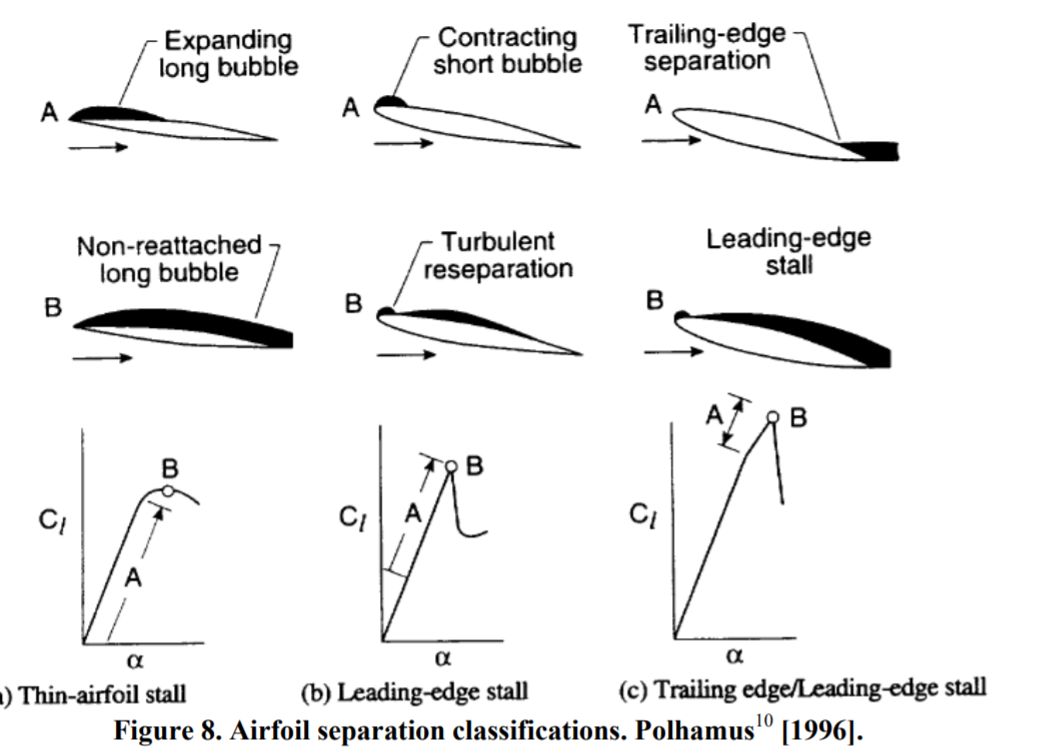 And that there are three types of stall.

But I want the explanation in theory. I can't overcome the problem why the smaller the radius of the leading edge, the larger the pressure peak will be.

Envisioning the air flow at 15 degrees AoA is very helpful in understanding the negative pressure distribution on the upper wing. Smoke in wind tunnels is used so the airflow pattern can be seen. Yes, it is illogical for a thinner wing to have a higher pressure peak, but notice the TOTAL negative pressure area of both 4408 and 4415 is very close.

What is going on here is the larger frontal area of the 4415 creates a larger, but not as low pressure bubble at 15 degrees AOA (look at graph) than the 4408. Try superimposing the two airfoils at 15 degrees angle of attack and also throw in a flat plate too.

Remember, a higher pressure peak does not mean higher total negative pressure. It means, like @Jan Hudec says, air molecules, which have mass and velocity (inertia), can not turn a sharp corner as easily as a small turn.

Imagine 20 race cars going down the track together. They will make a small turn together, but if too fast into a very sharp curve, there will be a vacuum peak (lack) of cars on the near side of the turn!

To avoid the leading edge, the air is initially deflected upwards. Due to inertia, it would continue upwards. However, viscosity prevents it from having sharp shears of velocity, so the air just above the wing gets pulled out, creating the area of reduced pressure that pulls the oncoming air to turn around the wing—the suction peak. Sharper leading edge means the angle between the air and the curving surface grows faster, so it needs deeper suction peak to keep the air attached.

Since the viscous forces are only so strong, they can only make the air follow a so sharp curvature. As the angle of attack increases, the air flowing over the upper surface has to navigate around more of the leading edge. With sharper leading edge the angle it has to turn increases faster, so it will start to separate earlier.

The trailing edge stall is also related to viscosity. It prevents velocity discontinuity also at the wing surface, so near the surface there is boundary layer where the stream velocity changes from zero to the free stream velocity. This boundary layer grows in thickness, more at higher angle of attack, and when it becomes so thick that the viscous forces are insufficient to keep it moving, a separation bubble creeps in from the trailing edge. This is why wings with longer chord stall at lower angle of attack. Even if it is the same profile scaled up.

This also explains how vortex generators increase the critical angle of attack: turbulence mixes the boundary layer, increasing the velocity in it even if the average aft component does not increase, which prevents it from stagnating and separating completely.

Not the answer you're looking for? Browse other questions tagged aerodynamics wing airfoil stall or ask your own question.

30
Principle of aerodynamic lift: are misconceptions also taught in flight schools?
8
Would a slotted "wing" work?
5
What is the use of this sharp edge found on the leading edge of a DA 40NG wing?
8
Can a helicopter be "stalled" by pulling too hard?
6
What is the effect of flow separation on lift, pressure distribution and drag?
5
How does the nozzle diameter affect the thrust of a ducted propeller?
3
What does leading edge radius mean?
8
What is the "compression ratio" of air hitting the nose?
1
Why is it harder to maintain laminar flow on larger aircraft?
0
Leading edge or trailing edge stall?