How can I find my grandmother's OLD instrument rating documentation?

This is my grandmother, Nathalie Myrtle Brown: 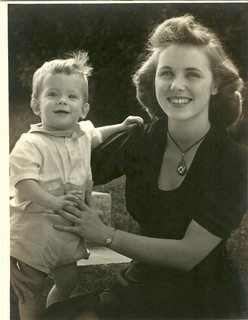 The big-eared kid she's posing with is my dad.

She has a claim to fame in that she was the first female instrument-rated pilot in the state of Iowa, a fact that figures prominently in her obituary

In the 1960s [...] Nathalie and Walt took flying lessons and became licensed pilots. Natalie, the first woman pilot in the state of Iowa to hold an instrument rating, enjoyed flying their planes back and forth between Iowa and Colorado.

I distinctly remember, though, my mother telling me that Nana was the first female instrument-rated pilot west of the Mississippi River.

That memory is the only basis I have for thinking the achievement might have been more than 'first in Iowa'. Unfortunately, Mom died a few years ago and no one else in the family remembers anything bigger than the state of Iowa for the claim.

So, I'm curious. How can I read her pilot certifications from the 60s, possibly earlier?

The sub-question here has been answered to my satisfaction. The "west of the Mississippi" memory is nothing.

next day: I found a newspaper clipping from The Carroll Daily Times Herald, 19 June 1965, showing that she landed in Carroll, Iowa that week. Apparently all landings at the Carroll airfield made the paper. Amusing. 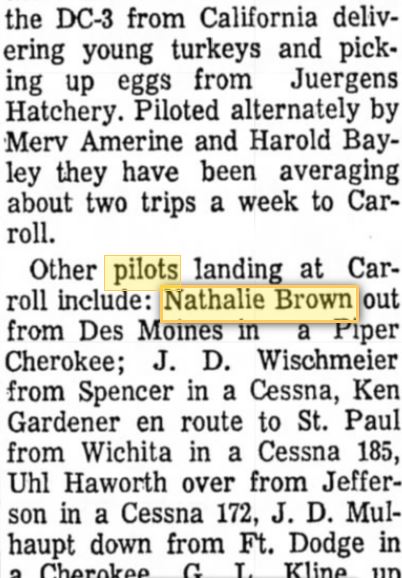 Here's an undated photo from the website of my cousin, Maribeth: 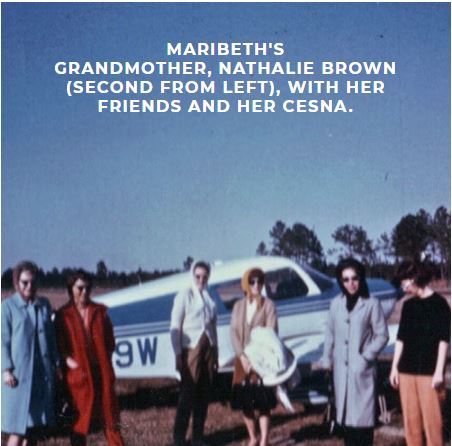 Perhaps there's a clue in the picture to date the plane? I have no idea which came first, the Piper Cherokee or the Cessna. @reirab points out in comments that people without an aviation background often call small planes Cessnas and the fact that Cessna is misspelled on the picture certainly supports the idea that it was done by someone without said aviation background. This could be the Piper Cherokee?

The FAA has an airmen inquiry search portal. I put Nathalie Brown and came up with Nathalie Myrtle Brown with the following details:

As @FredLarson points out in comments the date supplied seems to be the last change to their database, i.e. address, name or addition of rating, so that means she must have gotten all of her certificates at or before the 25th of November, 1968.

This is a start, but it doesn't give you real dates. If the FAA has that much information they should have a lot more, to get details you should contact the airmen certification branch. I'm not sure what hoops you have to go through, maybe prove you are family, etc.

There is a big database of pilots from the FAA search portal, but it is not complete - your grandmother wasn't in it for example, and there's no dates of ratings anyway. Maybe the FAA can get you access to a better airman database with more of those records, it's possible they simply don't exist anymore though, you'd have to ask.

If she has personal effects left then her pilots certificate or other details may be there, certificates used to be paper, probably folded up. Really useful would be her logbook, which would be a record of every flight she made, there would be endorsements in these which would be useful in learning when she achieved her ratings.

You may wish to contact FAA Airmen Records in OKC. They will likely have the record. They are retained indefinitely. It will likely have been pruned from the current database, since she does not hold a current medical.

As for verifying the other claims, such as whether she was the first instrument pilot in a region, the FAA has not retained that data in the Airmen Registry, and newspaper articles or other sources may be a better source.

Not the answer you're looking for? Browse other questions tagged aviation-history usa pilots faa or ask your own question.

12
How can I find telephone numbers for FAA ATC facilities?
5
Where can I find a flight log archive for commercial flights?
13
How did old autopilots work?
4
How can I find information about the aircraft with registration / tail-number N58644?
8
How old is too old to become a pilot?
12
Can anyone identify the plane in this old photo?
1
Where can I find current downloadable tower, ground and approach frequencies for USA airports?
2
Does a CFI need an Instrument Rating
0
How can I find a deregistered airplane?