Did any VTOL aircraft implement an airfoil with engine-blown exhaust?

Did any VTOL aircraft implement an airfoil with engine-blown exhaust?

aircraft-design vtol
Share
Improve this question
edited May 2 '21 at 19:38

Not possible engine blow to the air foil will make VTOL (vertical Take Off Landing). It will just make STOL (Short Take Off Landing), there is Antonov An-74 (video), and Boeing YC-14 (video).

VTOL is a lifting/flying process without any horizontal moving. See here some of VTOL and STOL: VTOL & STOVL Aircraft Compilation (video).

So, by forcing the low pressure above the airfoil, it will just create almost VTOL. But almost VTOL is still STOL. Here is a detailed video on VTOL: The Real Life Sci-Fi of Vertical Take-Off Planes. But not as you think. 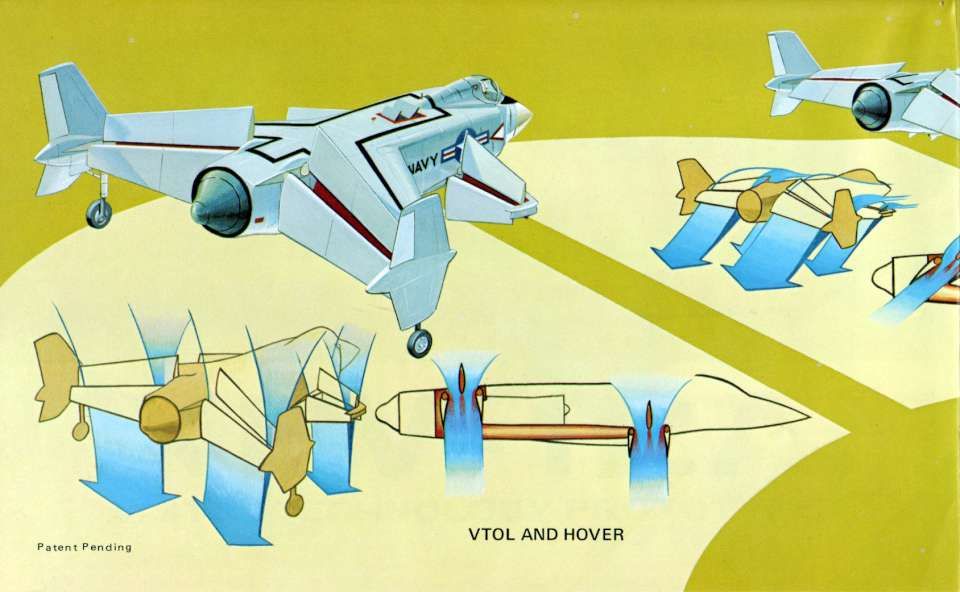 16
Why do VTOL aircraft (F-35 or Harrier) have only one engine?
6
Why didn't we see many VTOL aircraft in the history of aircraft development?
5
Did/do any commercial passenger aircraft have showers for passenger's use?
2
Why are smaller wings in the front with these VTOL aircraft?
1
Would a propeller extracting air from a cylinder with holes in it be an ideal lift apparatus for a VTOL aircraft?
0
Will a quad fan arrangement on an aircraft help with pitching moments during VTOL flight transition?
19
Why don't modern fighter aircraft hide their engine exhaust?
3
Why does Harrier have split hot exhaust nozzles?