How to recognize the horizontal winglet in the Horten design, or the experimental glider in this video?

What, and where is the Horizontal wiglet discussed in the video, or in the Horten design discussed there as well?

When I look at the various images in the video, I just see a flat wing as far as the shape is concerned; what distinguishes the winglet from the rest of the wing?

edit: I see a break in the wing near the end, but as far as I can see, the shape or orientation doesn't change from what the wing would look like anyway. What is it that makes the end of this wing a winglet? 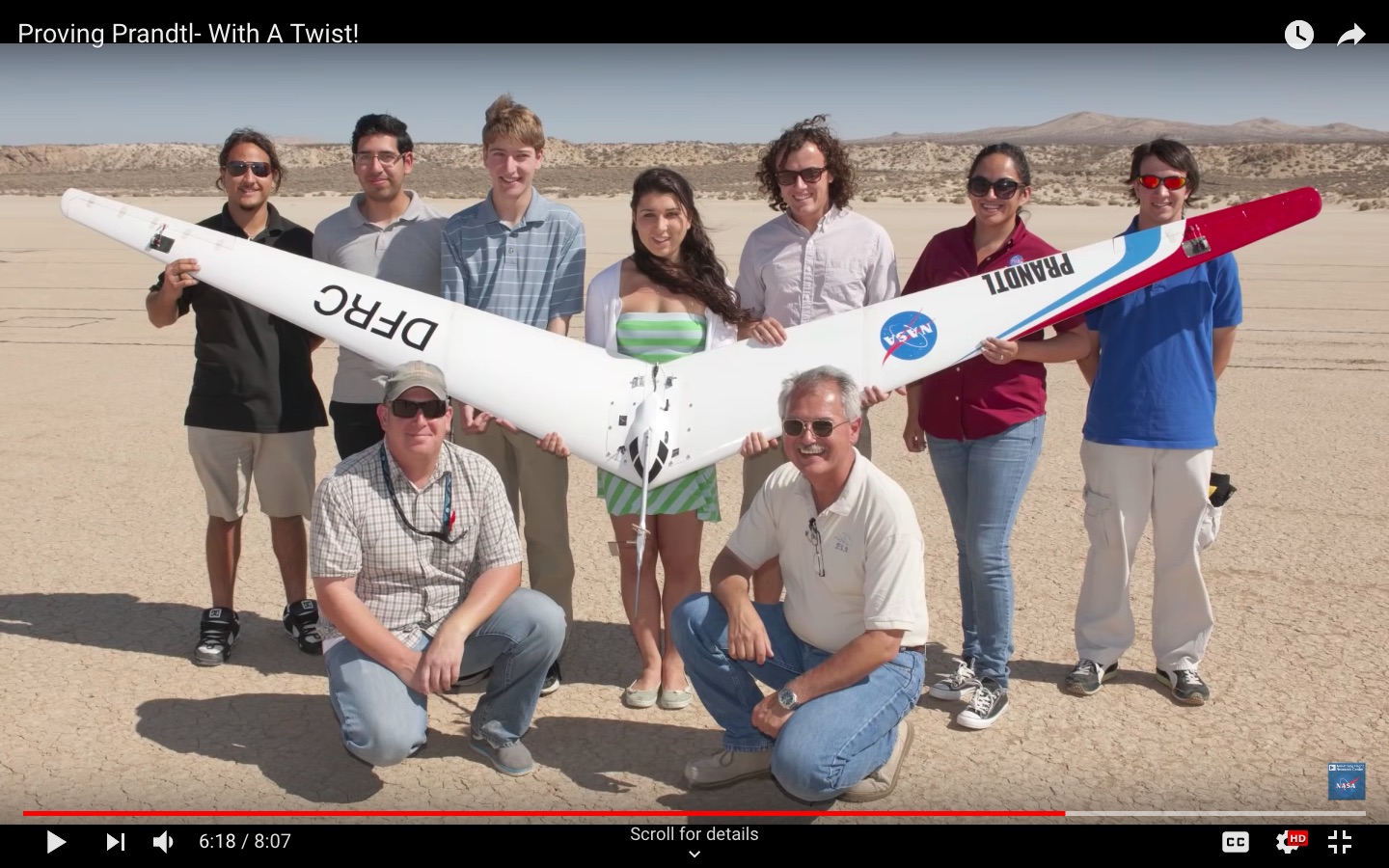 You can't from the planform alone.

First, winglets are no magical device. Calling the wing with bell-shaped lift distribution one with horizontal winglets tries to free-ride on the mystique that NASA marketing has created around the winglet. But the physics behind it are rather mundane and the thrust which is created by the outer wing is a bit of payback for the higher losses at mid-span from a steep lift gradient over span.

Next, all wings create thrust if you define it narrowly enough. This comes from the suction force on the forward upper side of the airfoil and is called leading edge thrust.

Induced drag is the backward tilt of the aerodynamic forces and is caused by lift creation. The least amount of drag for a given amount of lift and wingspan can be achieved with the elliptic distribution over span. The bell-shaped distribution creates more drag for the same lift and wingspan, since it has higher spanwise lift gradients at mid-span.

What is it that makes the end of this wing a winglet?

This is a matter of definition. The so-called winglet area is where the wingtips carry only little positive or even negative lift. Like in a winglet, this gives the local lift a forward component which works like the opposite of induced drag. Call it induced thrust, if you want: This is what is common to winglets and the negatively loaded wingtip. That in turn is caused by wing twist and local control surface deflection. You cannot see from the top view how lift is distributed over span.

But the bell-shaped lift distribution has some interesting advantages:

Actually no, it doesn't when you take a closer look:

I have several posts and snarky comments on here that describe the function of winglets precisely as outlined in this video; that is, they exploit the circulation around the tip to generate thrust (like sails on a boat, which is why they were originally called "tip sails"). Almost all descriptions talk vaguely about how they give a reduction in induced drag. This is the first time in a long time I've seen it explained so clearly, and is great to see.

Anyway, remembering that a winglet is a flying surface that generates thrust from tip circulation, what they have done here is simply a flat tip extension with its incidence set (more nose down than a normal wing tip) to exploit the same circulation, kind of earlier in the circular movement of the flow (at 9 o'clock instead of 12 you might say). This placement seems to generate a much stronger thrust component from the vortice than a vertical winglet, so strong that it is enough to completely cancel out the increased drag from the nearby down aileron.

This means that the elimination of adverse yaw this way, along with the sweep back that provides a natural weathervaning tendency, allows you to completely do away with rudders.

Coping with asymmetric engine thrust is another job of rudders not addressed here and a multi-engine aircraft would still need some kind of asymmetric thrust compensation device, but besides that, it seems brilliant.

Looking at the picture of the glider, the orientation of the hinges indicates that the winglets should provide directional control, replacing the rudder as well as the ailerons. The original Horten aircraft had spoilers to perform the same role as the rudder in a conventional design.

Great work from the NASA team and an interesting way of thinking in 3 dimensions.

A look at bird wing anatomy shows how they decrease lift and increase drag on the same side: by using their "wrist" to pivot their wing tip leading edge down. You can do this by sticking your arm out and rolling your wrist. Conventional aircraft need rudders to counteract "adverse yaw" created by downward pointing aileron (higher AOA, higher lift) on opposite side of turn. This is the "coordinated" turn. A spoiler on the same side is more "bird like" and can be found on the venerable B52.

But before we go throwing away our vertical stabilizers and rudders it is very important to study cross wind performance. A dihedral aircraft with roll away from the wind and get blown sideways from a strong gust. A "weathervane" motion of the tail speeds up the leeward wing, helping mitigate the roll. Birds mitigate cross wind roll by anhedralling their wing tips (again the wrist).

This relationship of aircraft dihedral and vertical stabilizers is expressed in discussions of "Dutch roll" (vertical stabilizer too small) and spiral instability (too large). This may be why the B52 reduced, but did not eliminate theirs. 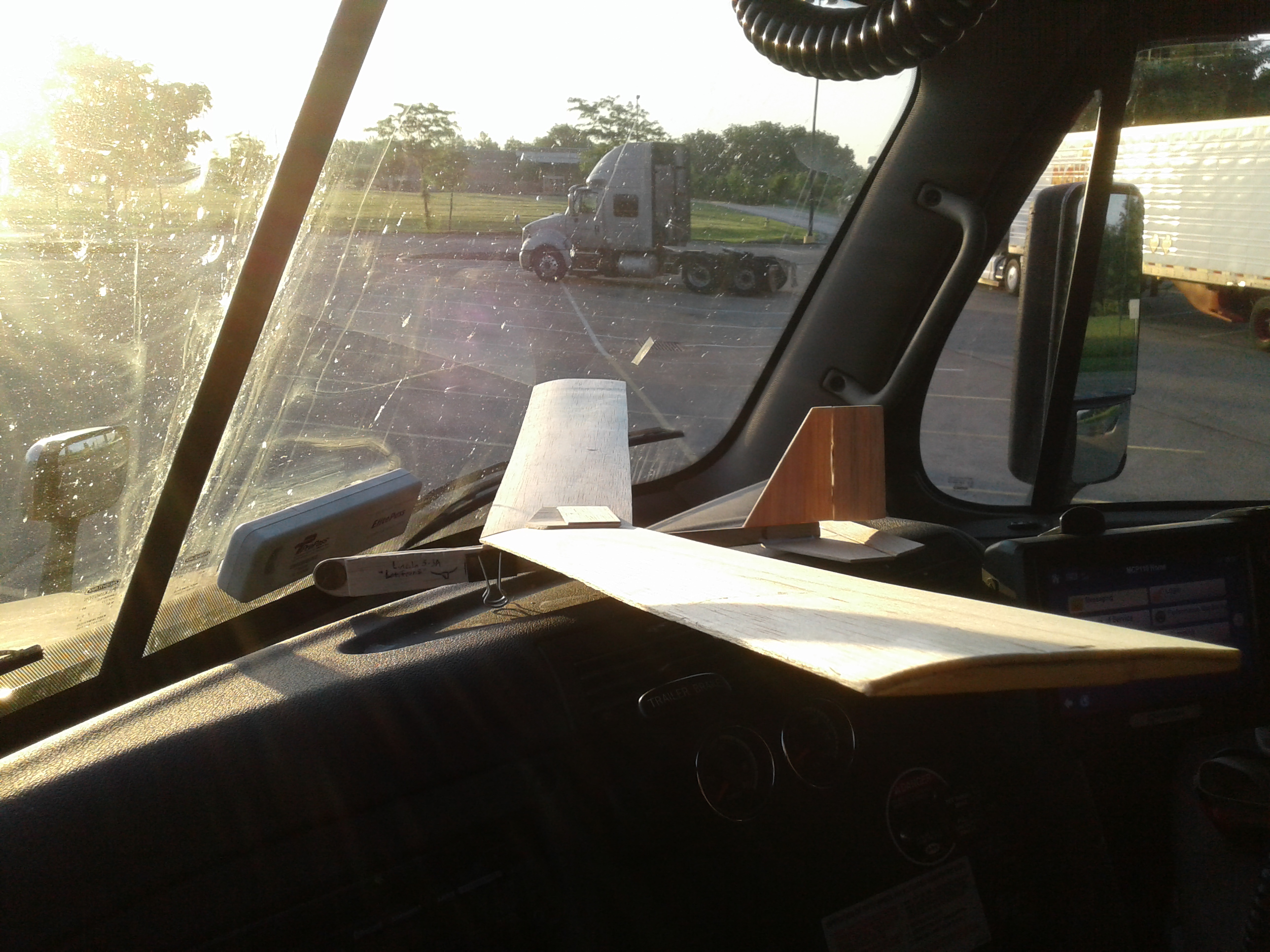 Maybe they have tried winglets as part of their design iteration and then decided to leave them off, or rather bend them downward thus obtaining a bigger wingspan.

"Horizontal winglet" seems to be a term used in windtunnel studies to indicate "the winglets are bent down" as opposed to 60 degree, etc. winglets.

The difficulty with these "horizontal winglets" is that essentially you have a different wing from the one you started out with, one with a longer span. This is sort of like cheating on yourself.

So, there are no winglets in the given design. They just increased the wingspan and call this "horizontal winglets", which is a misnomer.

And I also think their explanation with regards to thrust being created by the winglets is wrong.

I've enjoyed reading all of these posts.

I assume many have read this paper, but if not, one may enjoy and find it helpful here.

A friend shared this 2016 NASA Technical Report with me, and I later ended up on this thread.

For nearly a century Ludwig Prandtl's lifting-line theory remains a standard tool for understanding and analyzing aircraft wings. The tool, said Prandtl, initially points to the elliptical spanload as the most efficient wing choice, and it, too, has become the standard in aviation. Having no other model, avian researchers have used the elliptical spanload virtually since its introduction. Yet over the last half-century, research in bird flight has generated increasing data incongruous with the elliptical spanload. In 1933 Prandtl published a little-known paper presenting a superior spanload: any other solution produces greater drag. We argue that this second spanload is the correct model for bird flight data. Based on research we present a unifying theory for superior efficiency and coordinated control in a single solution. Specifically, Prandtl's second spanload offers the only solution to three aspects of bird flight: how birds are able to turn and maneuver without a vertical tail; why birds fly in formation with their wingtips overlapped; and why narrow wingtips do not result in wingtip stall. We performed research using two experimental aircraft designed in accordance with the fundamentals of Prandtl's second paper, but applying recent developments, to validate the various potentials of the new spanload, to wit: as an alternative for avian researchers, to demonstrate the concept of proverse yaw, and to offer a new method of aircraft control and efficiency.

Not the answer you're looking for? Browse other questions tagged aircraft-performance lift drag adverse-yaw or ask your own question.

22
How does a flying wing keep from going into a flat spin when maneuvering?
36
Why do aircraft need a vertical tailfin, but birds don't? (and lots of fish do?)
12
How does the raked wingtip of the Boeing 787 work?
14
How does wing sweep increase aircraft stability?
19
What is the purpose of these odd "control surfaces" on the BAE Taranis?
12
How is the induced drag calculated for a wing with elliptical planform?
11
What are the advantages and disadvantages of a delta wing compared to a swept wing?
7
Is induced drag caused because of the tilt of the wing backwards?
5
What is the need for twist along a wing?
5
Why isn't the bell distribution used?
See more linked questions

10
How has weight been reduced in commercial aircraft design and how will this trend continue?
6
How to calculate the DC-4 landing distance with this graph?
8
Why is the empennage design of this Lockheed 1049E so complicated?
0
How can I identify the aircraft’s phase of flight in this picture?