Is is possible to have an aircraft launched from a submarine or directly from under the water?

Aircraft carriers can be seen all over the world. They are quite visible and need to be well protected among a battle group to operate. At the other end of the spectrum, a modern submarine is nearly undetectable and can stay somewhere incognito for a long time.

There is a question about launching aircraft from submarines, but the related answers mention past projects in the aftermath of WW2, and nothing about contemporary technology.

On the other hand there are actually small UAV launched by submerged submarines and projects around submersible aircraft: 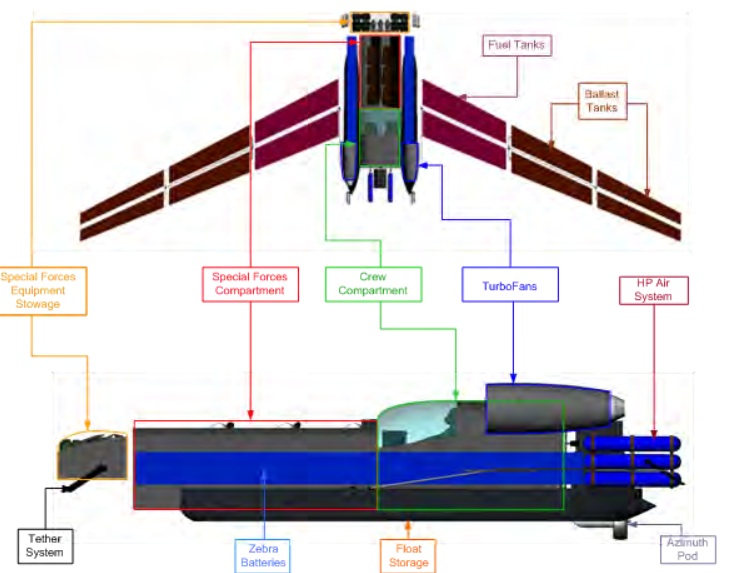 I'm interested in a view of the current state of launching aircraft from submarines.

The Japanese navy did that in WW2. https://en.wikipedia.org/wiki/I-400-class_submarine

The Regulus missile was a (pilotless) aircraft launched from American submarines in the 1950s -- it in turn was a nuclear armed upgrade of the Hermes, which was a captured, and later copied, German buzz-bomb launched from a deck catapult.

As noted in another answer, the Japanese built a small number of very large submarines with a sealed hangar on the deck; each carried and could catapult launch (as I recall) three Zero or similar aircraft equipped with floats, which would land alongside and be hoisted back aboard. These subs never saw significant service, as Japan surrendered while the first was on it's first mission near South America.

Modern (nuclear) submarines are highly optimized for submerged operation, and aren't steady enough on the surface to launch and recover piloted aircraft even if modified to carry something like a Harrier or F-35, but there's no reason drones couldn't be launched (brought on deck through the escape trunk, deck hatch, or sail) and, in the case of hovering types, recovered while surfaced.

48
Has an airplane ever been launched from a submarine?

39
Is it possible to recover from a flat spin?
8
Is landing the 'wrong way' possible on an aircraft carrier?
15
Why do naval jet aircraft need to have strengthened undercarriages?
9
Why is an aircraft carrier's arresting cable made from steel?
7
What is the aircraft loss-rate from Nimitz-class aircraft carriers?
7
What is done to prevent the tail hook from bouncing off the carrier deck?
48
Has an airplane ever been launched from a submarine?
1
Possible military aircraft ID, N. Carolina
9
What's the story behind U-2 flying from aircraft carriers?