How to refute this geometrical method to find MH370? [closed]

A geometrical method to find MH370 has been published on the Net (see images below).

I am sure it is wrong (because if it were that easy, thousands of people would have had this idea back in 2014). However, it has attracted some attention.

My question is:
How can this method be proven wrong in a simple, straight-forward way ?

Here is the method: 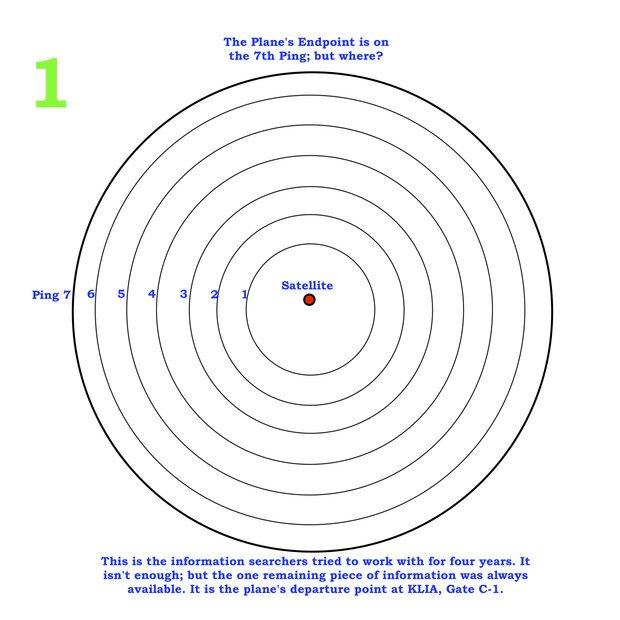 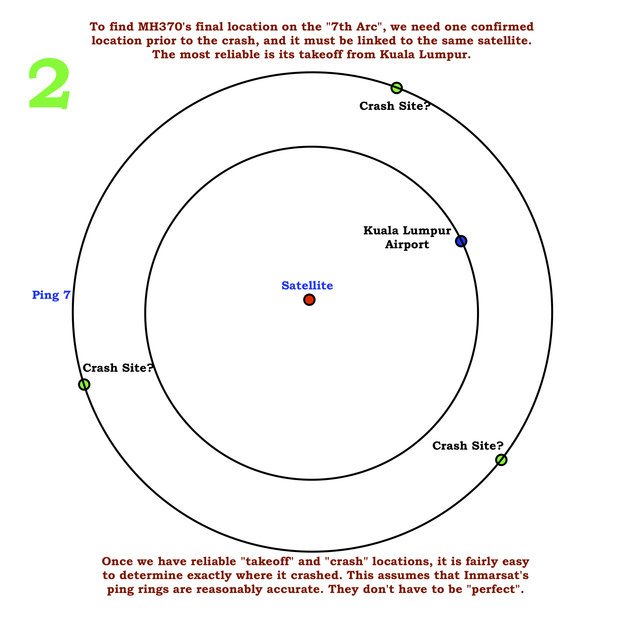 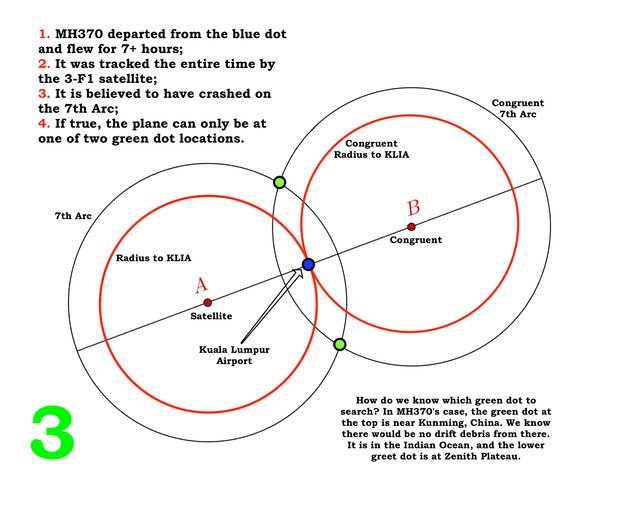 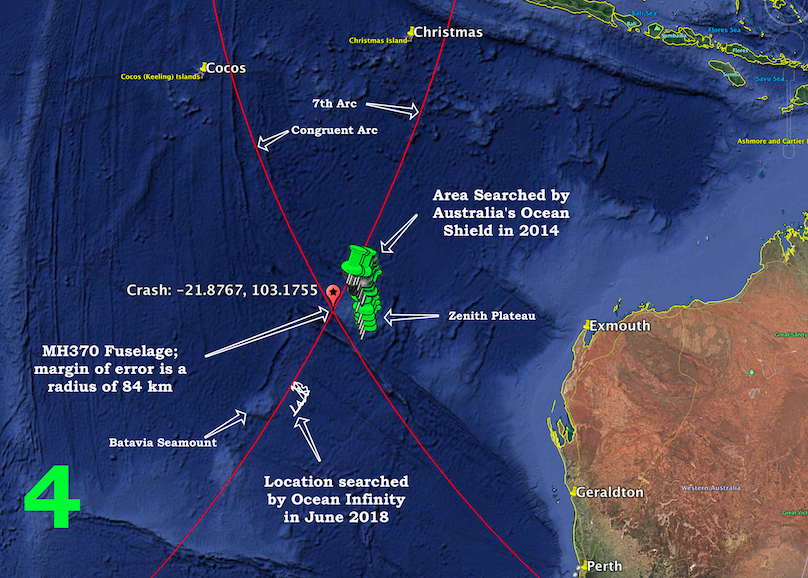 EDIT:
How is this question off-topic while How can a computer model yield two possible flight paths of MH370 in South Indian Ocean? is on-topic? Isn't this having it both ways?

The picture says that "If [the above facts are] true, the plane can only be at one of two green dot locations." However, it doesn't give any reasoning or evidence to support this claim. So, there's no reason to think that the claim is correct.

However, the picture does seem to rely on a particular premise. Specifically, the picture seems to be based on the premise that the departure airport, the Inmarsat satellite, and the crash site must form a right triangle. That premise is false; the locations of airplane crashes are actually not affected by the positions of overhead satellites (or vice versa).

38
How can a computer model yield two possible flight paths of MH370 in South Indian Ocean?

38
How can a computer model yield two possible flight paths of MH370 in South Indian Ocean?
17
How did the AAIB assist in locating MH370?
8
How does one interpret the satellite data on flight MH370?
7
How to find black boxes underwater absent any pinger signals?
7
How unusual were MH370's final ATC exchanges?
0
Smoking in the cockpit - how is this tracked?
4
How to find ATC recordings for a May 8th general aviation crash?