Which aircraft had the shortest operational life?

I read in Wikipedia that the operational life of Consolidated B-32 was limited to just a handful of months (January to August 1945).

Please note that B-32 wasn’t an experimental model, but an aircraft which was industrially produced in relatively large scale, was issued to some operative wings and was engaged in some actual combat events, showing even several appreciated features.

Was it the most short-lived aircraft type, all that considered?

I mean, is there another military aircraft type, assigned for combat mission to operative units, which was discontinued earlier than the B-32 (only seven months after the beginning of service)?

Looks like nothing bad can be said about this interceptor. It has been recently developed, without major flaws, and, as such, was obviously superior to the older models. It was between the first interceptors to feature the factory-installed armor and self-sealing fuel tanks, and some think it was the best interceptor used by the Army during entire war. But, with the end of the war, it was no longer required.

Another contender - the Ambrosini SAI.207 had under two months of active service. 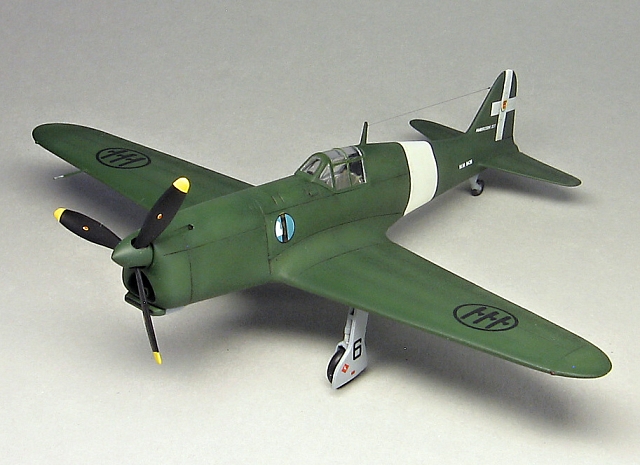 Exact dates are hard to come by, but they were first deployed operationally in July 1943. Even before the armistice of 3 September all the aircraft had been returned to SAI-Ambrosini for refurbishment, so it seems certain that fewer than 60 active days in service could be claimed for the type.

9
Comparing the Lilienthal and Wright gliders, which one had a better glide ratio?
13
Which airplane has had the longest production run?
5
Which "pilotless aircraft" did the authors of the 1944 Chicago convention have in mind?
11
What aircraft had the first pilot-assisted controls?
23
Which fixed-wing aircraft has the highest number of required flight crew members?
18
Why are there so few aircraft that had inhabited wings?
8
Which was the first pressurized aircraft?
2
How to find out what engine a plane had in the past?
21
Which aircraft have fought against its own type in active combat?
39
Which aircraft had such a luxurious-looking navigator's station?