Why is there a cutout in the pilot seat (looking as if it had separate “legs”)? [duplicate]

Why is there a gap in the seat (between the legs)?
What function does it have? 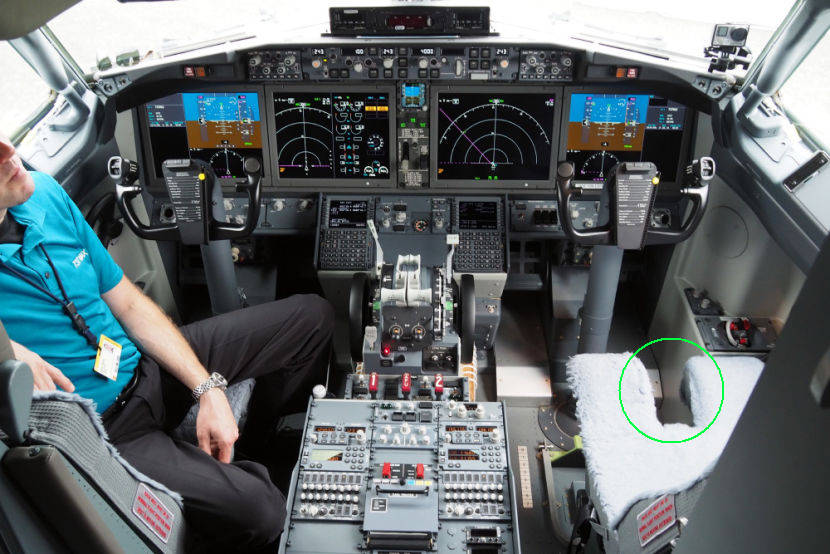 I can't speak to all aircraft, but on the 727-100 and 747-100/200 aircraft I flew, the seat cutout accommodated the strap on 5-point seat belt systems that went down between your legs. See

I don't recall for certain whether the control yoke could be brought all the way back into the cutout, but I don't think it could. I may be misremembering though.

I greatly disliked the shoulder restraints, so once we reached cruise climb, I would rotate the camlock while holding the left and right seats straps in. This would release the shoulder straps.

Not the answer you're looking for? Browse other questions tagged aircraft-design cockpit equipment crew seats or ask your own question.

29
Aircraft pilot's seats: what is the notch for?

28
Why does an airplane captain sit in the left seat?
16
Why do some 2 seat fighters have side by side seating, while others have the pilots inline with each other?
20
Are the current seat belts used in commercial airlines safe enough?
6
Why is there typically a large gap between the first flight and mass production of aircraft?
6
How tight should passengers wear the seat belt?
5
Does the pilot in command always sit on the left seat?
13
Why did my business class seat have a three point shoulder harness?
13
Why do the A220 cockpit seats have a cutout?