What is this fairing on a Cessna 421? 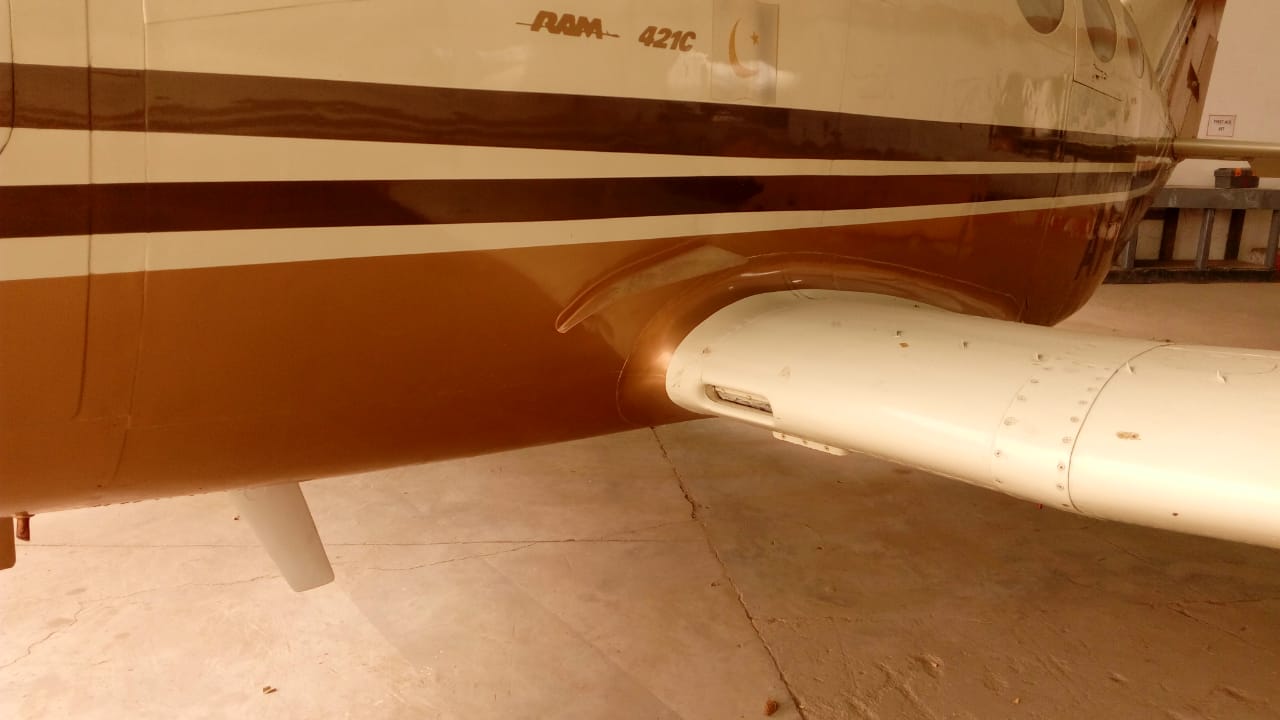 What's the purpose of the fairing on fuselage, near leading edge of the wing?

I invite anyone else with information on the RAM mod package to add more detail in a comment and I will edit this answer accordingly.

13
What is the purpose of this helicopter fin antenna?
9
What is this fuselage-side aerial used for?
4
What is this unusual leading edge flap on a B737-200?
15
What are the unusually-enlarged wing sections on this P-38 Lightning?
3
What are these openings on the TBD/TBM Avenger?
15
Why does this Strikemaster have a textured leading edge?
4
What's the name of this part of combustion chamber and what is it for?
21
What is the shiny stripe around the aft wing–body fairing on an A380?