How many Airbus planes have been destroyed in flight by severe turbulence? [closed]

Since a brand new A350 has literally the exact same design specifications / G limits as an airliner built in the fifties does (A 1955 F27 Fellowship will break up at 2.5 G-3.75G, same as a modern Airbus jet - anymore than 2.5 G it will start to break up), and there were quite a few airliners from the 50's and 60's era losing wings or being destroyed completely as a result of turbulence.

Do Airbus planes have systems to avoid Clear Air Turbulence, and avoid flying over mountains, since most turbulence related inflight breakups occurred due to mountain wave activity? (BOAC Flight 911 for instance was flying over the top of a mountain - it experienced G forces of +9 and -4, and broke apart and crashed).

(scroll down the last link for photos of the DC-8 jet with half its wing and engine torn off due to turbulence while flying at 31,000 feet over the Colorado mountains)

The Aviation Safety database lists 91 accidents due to turbulence as of writing. None are on Airbus aircraft. The most recent in flight breakup of a transport aircraft listed was in 1993.

All of the aircraft in your examples are fairly old designs, dating back to the 60's or earlier. Your statement that the A350 has the exact same design requirements as an F-27 is inaccurate. While the load factors required for certification may have remained constant, the actual loads aircraft must be designed to survive have changed over time. As an example, for transport aircraft, the FAA regulation on gust and turbulence loads is 14 CFR 25.341, which has been updated 3 times since it was originally introduced in 1965. For the F-27 incident in Alaska, one of the factors noted was cracks in the wings from a lack of maintenance. Maintenance has been improved since then, as has the durability of aircraft designs. As accidents happen and the industry learns from experience, designs improve to better anticipate the conditions that aircraft will actually experience.

Other than the DC-8 in your last link, all of the occurrences happened in the 60's. Apart from the design of the aircraft, a lot has changed operationally since then. Weather radars have improved dramatically, both on the ground and on the aircraft. Modern radars have a much better ability to detect turbulence, even clear air turbulence to a degree. They have also become much less prone to operator error. Weather satellites now provide information on weather even in remote areas. Forecasts have improved as well, providing pilots and dispatchers a better idea of areas that should be avoided.

Below is an example of the kind of information that modern radar systems can provide to pilots about weather conditions in their path. 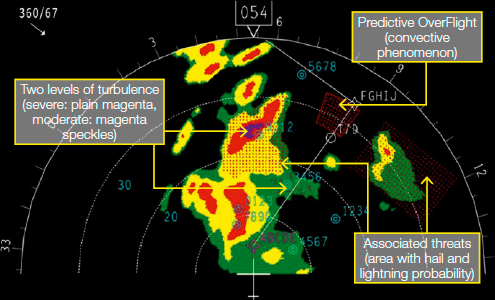 TLDR: As near as I can tell, probably none with the past few decades

I went to the NTSB's accident database https://www.ntsb.gov/_layouts/ntsb.aviation/index.aspx

This contains information since 1962. It does contain information from foreign sources, although I do not know if 100% of foreign accidents are reported here.

There was only one result, American Airlines flight 587 November 12, 2001. However, if you read the report, you'll see that the turbulence was not severe (0.3g versus the 2.5+ mentioned in the question). The summary text said

The National Transportation Safety Board determines the probable cause(s) of this accident to be: the in-flight separation of the vertical stabilizer as a result of the loads beyond ultimate design that were created by the first officer's unnecessary and excessive rudder pedal inputs.

Aircraft design specification have changed significantly since the fifties of the last century. Your claim that the:

See for yourself at the FAA website. For large aeroplanes, the applicable regulation is FAR 25. 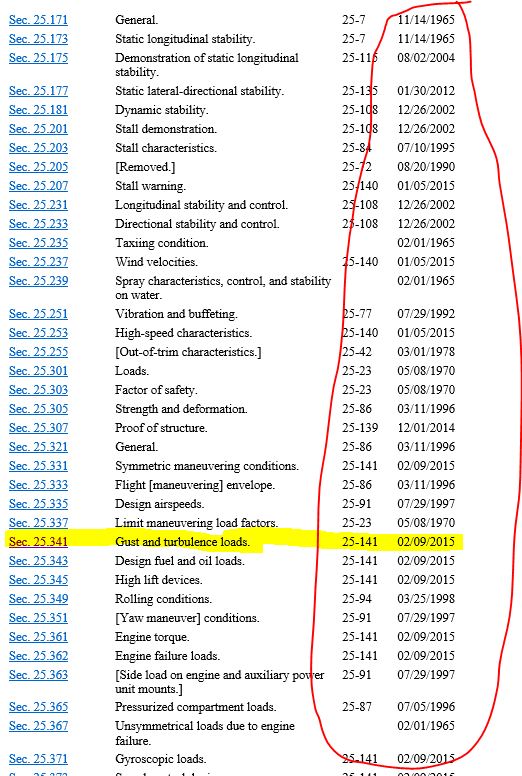 39
How do pilots foresee turbulence?
20
How does the weather radar work?
17
How does radar detect turbulence and wind speed?

41
How much is the minimum safe distance between two planes in-flight?
49
How dangerous was the turbulence on this commercial flight?
7
How have deep-seated cultural human factors (particularly in east Asia) in the cockpit been successfully managed in the past 20 years?
5
How can a crew be warned of “Clear Air Turbulence” during the flight?
5
How many serious airline accidents have been caused by design faults alone?
6
People say that modern airliners are more resilient to turbulence, but I see that a 707 and a 787 still have the same G-rating. Why is this?