Is vertical separation based on geometric difference or altimeter difference?

In cold air, the true vertical separation will be less than 1000ft if the difference in altitude indicated on the altimeter is 1000ft. 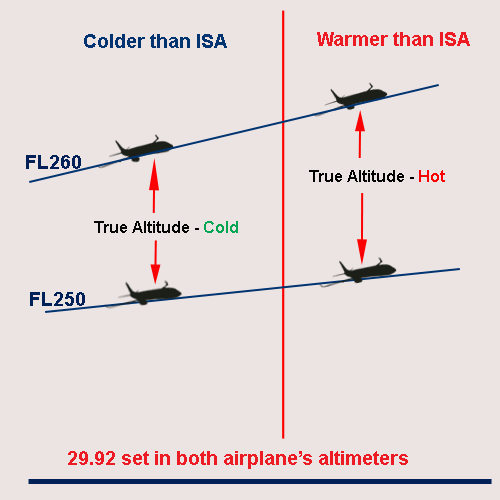 Source: the other question

Is there an offical reference that gives the answer?

From a pilot perspective, when issued an altitude to maintain by ATC, he/she will fly the altitude in reference to his/her altimeter, whether or not it's a "Flight Level" assignment (usually FL180 and above in North America), or "altitude" assignment (below FL 180).

This is only with respect to separation between aircraft. Separation from terrain is considered both by the pilot and ATC, as necessary. For example, at some locations during very cold temperatures, MVA (minimum vectoring altitude) for a specific area may be raised so that aircraft always have the necessary "true" altitude separation from the terrain while being vectored by the controller.

The pilot, while conducting instrument approach procedures at specifically designated airports, will make altitude adjustments for the IAF/IF/FAF/MDA/DA/missed approach holding, based on a correction value obtained either automatically from the onboard equipment, or manually from a cold temperature altitude correction table/chart.

Vertical separation is obtained by requiring aircraft using prescribed altimeter setting procedures to operate at different levels expressed in terms of flight levels or altitudes in accordance with the provisions in Chapter 4, Section 4.10.

The vertical separation minimum (VSM) shall be:

b) within designated airspace, subject to a regional air navigation agreement: a nominal 300 m (1 000 ft) below FL 410 or a higher level where so prescribed for use under specified conditions, and a nominal 600 m (2 000 ft) at or above this level.

Note.— Guidance material relating to vertical separation is contained in the Manual on a 300 m (1 000 ft) Vertical Separation Minimum Between FL 290 and FL 410 Inclusive (Doc 9574).

This explains that the separation is based on altimeter difference of 1000ft. It does not mention low temperature correction when it comes to vertical separation.

8.6.5.2 When vectoring an IFR flight and when giving an IFR flight a direct routing which takes the aircraft off an ATS route, the controller shall issue clearances such that the prescribed obstacle clearance will exist at all times until the aircraft reaches the point where the pilot will resume own navigation. When necessary, the relevant minimum vectoring altitude shall include a correction for low temperature effect.

Not the answer you're looking for? Browse other questions tagged air-traffic-control regulations altitude or ask your own question.

5
Is true altitude vertical separation between airplanes dependent on temperature?