What is timed approach?

I have tried to find what timed approach is, but I cannot find any reference to it. Could you let me know what it is and when it is used?

I had never heard of this or seen an approach with a holding fix at the FAF or outer marker when I ran across a question on timed approaches from a holding fix in Gardner’s Complete Advanced Pilot. As you can see from the quotes at the bottom of the post, it is unlikely to ever be used. But they are still available to the controller, FAA Order JO 7110.65W Air Traffic Control.

In lieu of holding, the controller may use radar vectors to the final approach course to establish a distance between aircraft that ensures the appropriate time sequence between the FAF and outer marker or fix used in lieu of the outer marker and the airport. Each pilot in the approach sequence is given advance notice of the time they should leave the holding point on approach to the airport. When a time to leave the holding point is received, the pilot should adjust the flightpath in order to leave the fix as closely as possible to the designated time.

Timed approaches may be conducted when the following conditions are met: 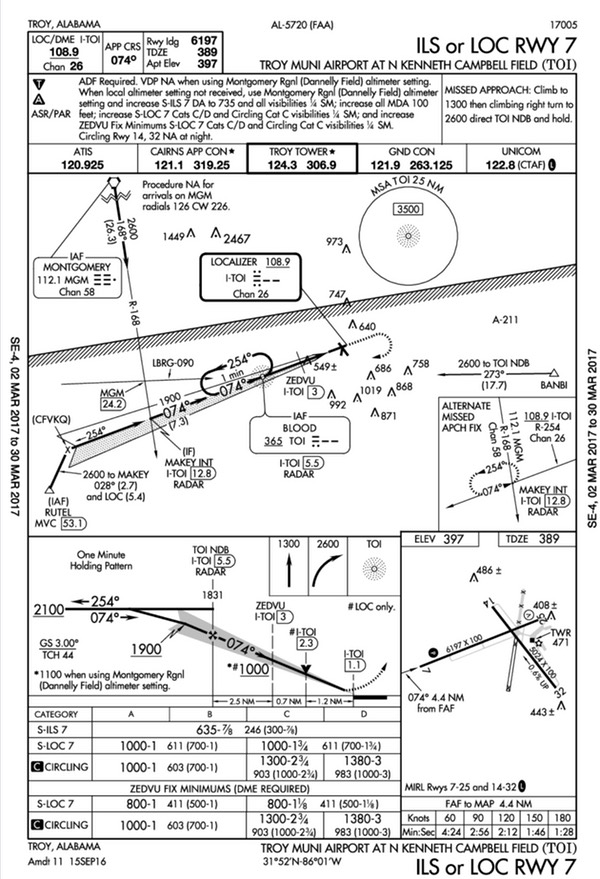 The actual order specifies that Timed approaches using either nonradar procedures or radar vectors to the final approach course may be used at airports served by a tower if the following conditions are met and goes on to give similar conditions.

The AIM has an example of how they might be used. 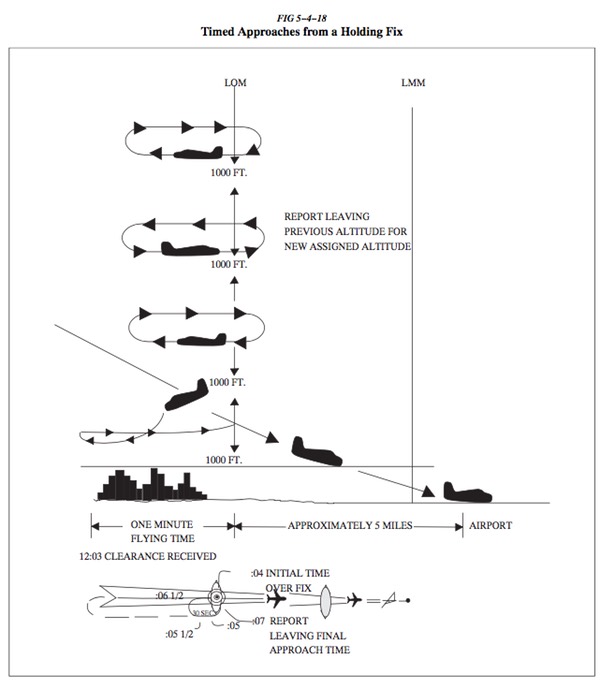 The sons of the guys who wrote that procedure are now in the “Old Controllers’ Home”, I can only guess at their intent. The last time I had to run timed approaches was when I was taking non-radar problems to certify on Denver Sector 26 (COS/PUB low) in 1968! R Butler – ATC Controller

We did some timed approaches when I worked a U.S. non-radar approach control in the ’80s. Don’t believe there are any non-radar approach controls left, and I don’t know a single radar controller who would try it if there were a radar outage of some sort. We also had to run them at the FAA Academy in training back in the ’70s. You would need to assign different missed approaches to succeeding aircraft, so #2 doesn’t catch #1 on the miss.

It’s a lot of radio and brain work to do successfully. Non-radar at a radar facility, (because of an outage) is usually very limited now. (One in, one out) Backup radar systems preferred, even if not as accurate. vector4fun

12
What's the preferred approach for a passenger jet?
32
What does the snowflake with temperature symbol on an approach plate mean?
4
When is an aircraft handed over from Center to Approach?
3
How do we get Required RVR or Actual RVR for an instrument approach?
12
What counts as “runway in sight” when flying an IFR approach to minimums?
5
How can one fly a stabilized approach when the final approach path is curved?
6
How do pilots manage the speed during the approach?
7
How to communicate a circling approach over CTAF?
0
What is the sequence of ATC frequencies for final approach at JFK?
1
What are the dimensions of an approach plate plan view in nautical miles?